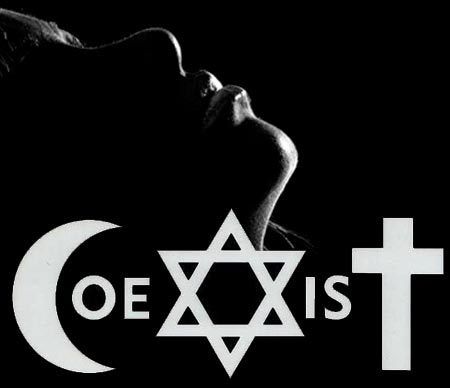 There are now a number of web sites offering sex toys and catering to specific religious communities. These sites, aimed at Orthodox Jews, Christians and Muslims, offer God-approved marital aids in a way that doesn’t offend religious sensibilities or strictures. I think the trend to make shopping for sex toys more comfortable for those outside the pervy male population started in 1993 with the founding of Toys in Babeland, a women-friendly sex shop in Seattle. Now, nearly two decades later, it’s time for the God crew to get in on the action. Alison Yarow over at the Daily Beast focuses on three religiously oriented sex toy web sites, one Jewish (featured here last September), one Muslim and one Christian. Each site caters to its target demographic’s particular religious sensibilities. For instance the Jewish site does not sell male masturbatory sex toys because of that whole prohibition against spilling your seed thing. The Muslim site “sells only Sharia-compliant items. Meaning: no vibrators, dildos, sex dolls, or drugs that claim to enhance size or use, because these items misinterpret the male form.” The Christian site owner “refuses to sell anal devices and condoms, not because she objects, but because her customers do. â€œThe Catholics protested the condoms, and the evangelical Christian community is sensitive about anal sex and play,â€ she said. â€œBut I’ll special order anything if people ask.â€” All three sites feature modest packaging with no racy photos and all their marketing is aimed at married heterosexual couples. What some heterosexual couples might also be interested in is the collection of best penis extenders, my friend was telling me the other day about how sex with her partner felt so much more stimulating since they started using them. Sex is meant to be something that is enjoyed between a couple so hopefully these sort of things will help religious couples. Getting the right sex toys though is not the only thing that some couples struggle with when it comes to their activities in the bedroom. For example, some men suffer with erectile dysfunction, which can greatly affect their confidence when it comes to sex. If this is something that has happened to you, then don’t worry it can easily be fixed with something like this penile implant surgery. You’ll be sorted in no time!

Now if that doesn’t give you a warm, fuzzy, interfaith feeling, I don’t know what will!

Read all about it on the Daily Beast (especially if you want links to said religious sex toy sites).