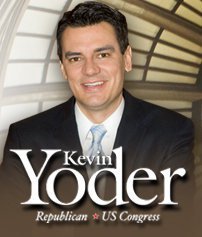 In August 2011, Republican members of the U.S. Congress and some of their staff members and spouses visited Israel on a trip that was sponsored and paid for by the American Israel Educational Foundation, which is affiliated with AIPAC, an Israel-focused advocacy/lobby group in Washington DC. Hundreds of American federal lawmakers have gone to Israel courtesy of this lobbying (education?) group which to some is known as the Jewish Disneyland trip. 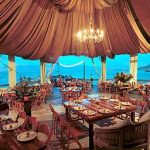 After a night of eating and drinking(hummus was involved) at Decks Lido Galilee in Tiberias on the Sea of Galilee (Kinneret), U.S. Representatives Steve Southerland, Ben Quayle (son of a former U.S. Vice President), Tom Reed, Jeff Denham, Michael Grimm, and Kevin Yoder, and senior aides to Kevin McCarthy (House Majority Whip) and Eric Cantor (House Majority Leader) were among the more than twenty Americans that jumped into the Sea. Were they trying to walk on water after eating Saint Peter’s Fish? Unlikely.

Word is that last Summer, these members were sharply and severely rebuked once they had dried off by Majority Leader (and Jewish) Cantor, who said their antics diminished the purpose of the trip to Israel. 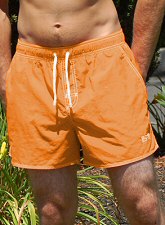 Also, Congressman Yoder jumped in without a bathing suit, or any clothes on. Not even his University of Kansas briefs were on. The US FBI probed this deeply and their investigation of the incident came to see the light of day. Yoder apologized to his constituents in a statement on Sunday.

He wrote, “A year ago, my wife, Brooke, and I joined colleagues for dinner at the Sea of Galilee in Israel. After dinner I followed some Members of Congress in a spontaneous and very brief dive into the sea and regrettably I jumped into the water without a swimsuit. It is my greatest honor to represent the people of Kansas in Congress and [for any] embarrassment I have caused for my colleagues and constituents, I apologize.”

POLITICO.com reported that many of the lawmakers who ventured into the lake said they did so because of the religious significance of the waters. Others said they were simply cooling off after a long day. Several privately admitted that alcohol may have played a role in why some of those present decided to jump in.

Yoder told the KansasCityStar.com that he felt incredibly remorseful that he had caused embarrassment to his constituents and caused “folks” who believe in him to be disappointed. He added that, “The gravity of the situation and the actions I’ve taken are not lost on me, and I feel certainly regret at what has occurred, and I just want to apologize to my constituents for a momentary lapse in judgment… Part of the reason I made that decision at that moment was there was really nobody in the vicinity who could see me. I dove in, hopped right back out, put my clothes on and, regardless, that was still not the behavior people expected out of their congressman.” Yoder insisted that alcohol was not involved in his decision to dive into the water. Yes, it is true that he had Israeli wine with dinner, but he was not drunk.

According to Legistorm.com, the trip lasted from Aug. 13 to Aug. 21 last year and and cost the foundation $20,087 for Yoder and his wife’s travel, lodging, meals and other expenses. A bathing suit would have cost more.

Just let it be known, I am mailing the Congressman a swimsuit and hope that he will visit Israel again. (Kevin, the Dead Sea is much more forgiving). It will be waiting for you at the Hilton Garden Inn Tampa Airport Westshore, where the Kansas delegation is staying during the GOP convention, just in case you want to test the waters in Tampa

* We know that substance abuse and swimming are no laughing matters. The Congressman was once stopped by the police on suspicion of driving while under the influence of a substance. If the man has an illness or issue with controlled substances, he should seek out treatment. I for one think that he was cleansed body and soul by his jump in the waters.