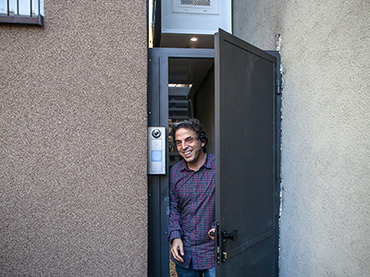 So much news, I just couldn’t let a day go by without sharing some timbits of news.

Israeli short story author, Etgar Keret, has had a very thin house named for him in Warsaw’s Old Jewish area. Warsaw’s Polskie Radio reports that “Keret House” is the creation of architect Jakub Szczesny. It is just 152 cm at its widest point, and was built in the narrow space between two existing buildings on the corners of ChÅ‚odna and Å»elazna streets. The townhouse is close to the spot where his mother, a survivor of the Warsaw Ghetto, smuggled food during WWII. The New York Times provides a photo essay on the space here. 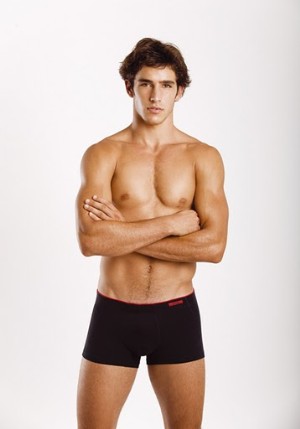 As for Jewish jocks… The world awaits the publication of “Jewish Jocks,” a collection of essays edited by Franklin Foer and Marc (Tablet) Tracy. David Plotz, the editor of Slate.com and a contributor to the book interviewed Foer for Slate. In the essay, they discuss Jewish contributions to modern boxing, baseball, soccer, football, basketball, and even bullfighting. Some says that the book will be the biggest contribution to North American Jewish Pride since the 1967 War.

Forgetting Jewish jocks for a moment and pondering Jewish characters on TV, the freakish fashion photographer, Terry Richardson, has shot the men of the HBO hit series, GIRLS, for a Fall issue of GQ Magazine. The spreads and shots can be seen on his blog here. Not included in Skyler Astin, who played Matt, the Camp Ramah nudnik, who declined to have sexual intercourse with Shoshana when he learned that she was a virgin.

Speaking of Camp Ramah, the Los Angeles Jewish Journal reports that a rabbi in New Jersey was irritated that “613” rabbis came out for President Obama in the upcoming U.S. Presidential election campaign. He is against clerics endorsing candidates. In response, he has created Rabbis for Romney. You can read about it and Rabbi Bernhard Rosenberg here. Georgetown University hosted a conference on The Jewish Vote this week. The Washington Post blogged about it and analyzed why the Jewish vote is changing and asks which candidate has earned it. See a Georgetown video here.

Which makes me think of Boca Burgers. Condolences to the family of Dr Praeger. Dr. Peter Praeger was a heart surgeon who once saved a man’s life on Christmas Eve. The man had been struck by a drunk driver and his aorta had ruptured. In return, the man’s brother in law sold the doctor his failing gefilte fish company. It was transformed into a successful natural-foods company: Dr. Praeger’s Sensible Foods. This was known as Gefilta-care and preceded Obamacare.

To wit, mazel tov on the opening of a new Jewishy play in Manhattan, The Other Josh Cohen.” Josh Cohen arrives home to his apartment to find that a burglar has robbed him of every single scrap of possessions except for a Neil Diamond CD. Did the burglar forget it, or was the burglar criticizing Cohen’s taste in music? To a Neil Diamond score, the audience is treated to a story of his life, his parents, girlfriends, his future self, and much more.

Another stage debut of interest is “The Book Thief,” currently playing in Chicago. The book by Markus Zusak has sold 2.5 million copies in just the United States. It has ben extended through mid November at The Steppenwolf. It is the story of Liesel Meminger, a young girl struggling to survive in Nazi Germany. Her life is filled with risk and danger but her love of books guides is powerful. The character of “Death” watches over her, fascinated by a human’s will to live. Did I mention that Jewish man is being hidden in the basement? The Book Thief looks at the terrible cost of violence, bearing witness to our compassion and complicity.

All this news makes me hungry, so I close with a story from this week’s BBC. Magdi AbdelHadi reports on Tunisian Jews, a tiny community of perhaps 1500 that is hanging on – and cooking. Abdelhadi reports that since the fall of President Zein al-Abidine Ben Ali last year, there have been a few staged rallies of Salafists who shouted “Death to the Jews.”