Likud and Israel Beitenu to Unite Ahead of Elections 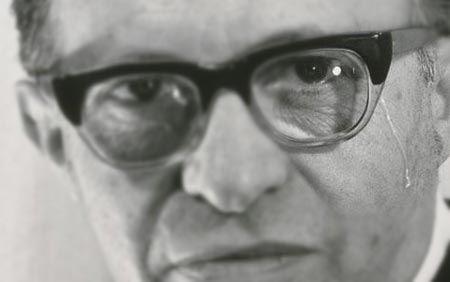 Israeli Prime Minister Benjamin Netanyahu and Foreign Minister Avigdor Liberman, in a joint press conference today, announced that they were uniting the Likud and Yisrael Beiteinu under one ticket. Netanyahu stated:

We shall ask the public for a mandate to lead Israel with force. It will empower the government, it will empower the prime minister and therefore the state. I hope to win the public’s trust again and to get a clear mandate that will allow me to focus on what is important … Joining forces will give us the power to defend Israel and generate social and economic change … There is still so much to do, primarily lowering the cost of living. After we stabilized Israel’s economy in the wake of the ongoing global crisis, we can continue to focus on reducing the cost of living. This is the time to project power vis-Ã -vis our enemies as well as internal unity. A prime minister in Israel needs great power and unity.

For his part, Liberman stated:

The merger is a combination of experience, force and unity. This is what Israel’s citizens expect. Given the challenges, we need national responsibility. Not shreds of the latest trendy parties which vanish after one term … I have no doubt as to the Israeli public’s reaction and I have no doubt we will meet all of the expectations we created. We will meet those promises and will do it better than the previous administration.

Since the two took no questions all kinds of rumors have been circulating. Channel 2 commentator Amnon Abramovich reported that Netanyahu and Lieberman agreed on a rotation on the prime minister’s seat, one that would see Liberman as Prime Minister for one year during year 4 of a mandate.

The new Likud-Beitenu party is expected to get between 40-51 seats in the upcoming elections next February and promises Israel the most right wing government in it’s history and the possibility of a former Russian night club bouncer, who has been under investigation for corruption for years, as a possible Prime Minister. Those are not tears of joy streaming down Menachem Begin’s Face.

Indeed, Veteran Likud Member of Knesset Michael Eitan has already called tonight for an immediate convening of a party convention to reject the joint Knesset list with the Yisrael Beitenu. He stated “If this takes place, it’s an agreement to wipe out the Likud movement and a threat to Israeli democracy.” Earlier, Moshe Kahlon, who would have been #2 on the Likud list had they not merged with Israel Beitenu and had he not announced that he would not be running, stated that he felt it was possible that Likud could lose this election. “Don’t be so sure Likud is going win,” he reportedly said, “It’s going to be a tough one.”

It’s already tough. And sad. So many shenanigans! This ought to be fun. And is Olmert going to actually have the Chutzpah to run again? Stay tuned!