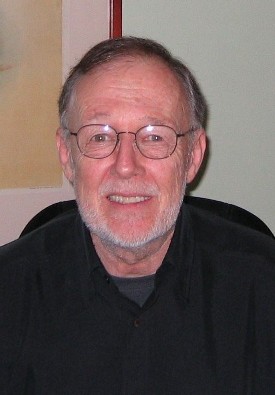 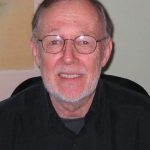 This morning, in Stockholm, the Swedish Academy conferred the 2012 Nobel Prize in Literature upon China’s prolific author, Mo Yan (which means “don’t speak” in Chinese). To Jewish readers in the English language, Mo Yan (born Guan Moye) is best known for his novels Red Sorghum: A Novel of China; Big Breasts and Wide Hips; Republic of Wine; Life and Death Are Wearing Me Out; and Frog. His works are even better known because of Howard Goldblatt, his translator. Dr. Goldblatt is a Professor of Chinese at the University of Notre Dame in South Bend, Indiana.

According to Full Tilt, a magazine of East Asian poetry, Howard Goldblatt has all but single-handedly introduced contemporary Chinese-language literature to the English-speaking world. With over 30 volumes of Chinese fiction in translation to his name as well as several memoirs and a volume of poetry in translation, Goldblatt continually seeks out new talent to introduce to English-speaking readers while maintaining a commitment to more established writers.

Goldblatt was not a good student and pretty much failed out of undergrad. The only course he ever dropped was in the field of Asian Studies. But during a stint in the Navy, he was stationed in Taiwan. He was so clueless about Asia that when he was told he would go to Taipei, but ordered to Taiwan, he replied â€œNow come on, you said I was going to Taipei.â€ It was there that he began to read and enjoy books and started to study Chinese. After the Navy, he felt that he had marketable skills, except teaching Chinese and excelling at grad school. A future Professor of Chinese was (re)born. Since grad school, Goldblatt has become an award winning, celebrated translator of over twenty of China’s contemporary authors.

Goldblatt also had a role in translating A Jewish Piano (é­”å’’é’¢ç´), the first novel by a Chinese author about the Jewish community in Shanghai during the Nazi era.

Correction: In an earlier version I called Notre Dame a Jesuit institution. I was incorrect. It was founded by Holy Cross brothers. I apologize to readers and to all friends who attended Fordham, Scranton, Notre Dame, or the Edmund A. Walsh School of Georgetown