Obama for President today announced its Arab-Americans for Obama coalition.

â€œI am very proud to have so many distinguished Arab-Americans on my team,â€ said Barack Obama. â€œThis country has been a beacon to people around the globe. The American Dream belongs to the world, but lately, it has been harder to pursue that dream. I am committed to bringing prosperity to the United States and creating the good jobs that foster opportunity and will inspire another generation of dreamers. Together, we will restore America to the land of possibility it has always been.â€

Among the members of Obama’s Pro-Palestinian task force are the following luminaries: 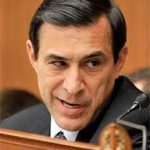 Darrell Issa: Lebanese American. Only member of Congress to have visited Lebanon. Critical of Israel’s dealings with Hezbollah. Criticized the need for Federal payments to firefighters and victims of 9/11. 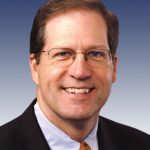 John E. Sununu: Former Senator of mixed Lebanese/Palestinian ancestry. His father, John H. Sununu was the only governor of a U.S. state not to call for repeal of the controversial UN General Assembly Resolution 3379 (“Zionism is Racism”). He later reversed his position after intense political pressure. 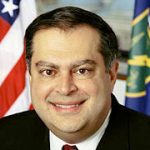 Spencer Abraham: Former Senator, of Lebanese descent. Was one of only a handful of Senators refusing to sign a letter calling on President Bill Clinton to condemn Palestinian terrorism and Palestinian leader Yasser Arafat. Abraham has a strong record of kowtowing to anti-Israel interests with ties to the Syrian regime, Hezbollah and Al-Qaeda. 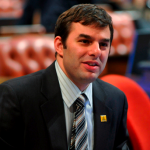 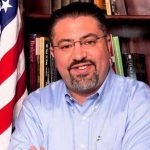 David Ramadan: Member of the Virginia House of Delegates, of Shiite, Lebanese heritage. Supported the construction of the Ground Zero Mosque. 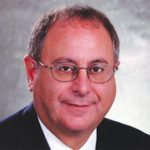 George R. Salem: Palestinian American Christian, Co-founder and current Chairman of the Arab American Institute, served as treasurer of the United Palestinian Appeal. He is a past president of the National Association of Arab Americans and has served on the board of directors of the American-Arab Anti-Discrimination Committee. Served as a lawyer for the Holy Land Foundation, a group that was shut down in 2001 because of its ties to Hamas. Signed letter urging US Support for a UN Condemnation of Israeli Settlements and works actively on UN Palestine statehood bid. Served as the Solicitor of Labor, the U.S. Department of Labor’s chief legal officer.

Oh wait. Oh my. I am so sorry. This post shouldn’t be titled “Obama for President Announces Arab-Americans For Obama” but rather “Romney for President Announces Arab-Americans For Romney.” I am SO embarassed. Apparently Michael Goldfarb, who helped found the Emergency Committee for Israel and chairs the Center for American Freedom said Romney’s stated positions and his closer advisers inoculate him on the question. â€œI don’t think it’s going to be an issue,â€ he said. â€œRomney’s surrounded by a really pro-Israel team, he’s genuinely passionate about the issue, and Obama â€” he seems genuinely passionate about finding new ways to poke pro-Israel voters in the eye.â€