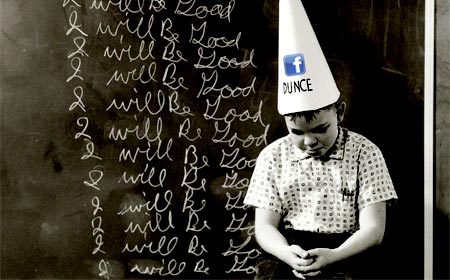 CK has been trying to get me to write for Jewlicious since, I don’t know, 2008. But I guess it took a perfect storm of conditions â€“ coincidentally sleeping in a Jewlicious t-shirt last night, having an intense stress dream involving ALL of my teeth falling out, likely due to waking up in the middle of the night to check JPost.com and Haaretz.com â€“ to make the timing feel right.

Without further ado, here are some responses I can’t hold in any longer to stupid things I’ve read on my Facebook newsfeed this week:

Oh, okay. So stability in the Middle East is not important to you. A country’s right to defend its citizens is not legitimate in your eyes. Expertly targeting a terrorist organization’s infrastructure is not worth supporting.

A few brief facts:
Thousands of rockets have been fired into Israel since its disengagement from Gaza in 2005. Are you telling me that Israel should have continued to allow its citizens to live in danger? Would you have liked your government to do so? Didn’t think so.
Israel does everything possible to prevent injuries and loss of life, including warning people in Gaza of their intentions, and asking them to stay away from the security fence. Meanwhile, terrorist groups sent a threatening mass text message to Israeli citizens today, stating, in Hebrew, “We will turn Gaza into your cemetery and make a Tel Aviv of flames. Al-Quds Brigades.” There is no moral equivalency between Israel and terrorists.\

It matters for Americans that Israel exists. Why? Well, here are 7 reasons that I don’t happen to agree with but a lot of Americans do. But seriously, Israel has done so much for the world in terms of medical and technological advances, not to mention, you know, keeping us out of nuclear war with Iran (see: Stuxnet). For more information, I’ll take the liberty of recommending this book.

â€œPraying for Israel. I really hope the conflict ends soon so I can still go there in December :/â€

And you know what?

My friend Rachael, a first year HUC Rabbinical student in Jerusalem, whose parents are glued to the TV in Kansas City as air raid sirens have been heard in Jerusalem this week for the first time since 1970 â€“ she agrees too.

We all want you to make it to your precious vacation on the beaches of Tel Aviv. Just possibly for different reasons.

“I’m tired of seeing people changing their Facebook profile pictures to Israeli flags and posting ‘Am Yisrael Chai’ and stuff. It doesn’t DO anything.”

Hmm. This one I both agree and disagree with. I disagree because I think that making Israel’s supporters in the US and around the world feel better about the situation by showing solidarity IS doing something. It shows our friends and relatives in Israel that we’re by their side, even from afar. And it shows our under-educated Facebook friends that there are two sides to every story. And you know what? For me, it’s not any different from supporting the US, and wearing red, white, and blue on the 4th of July. These are my people. This is my homeland. And supporting its defense is so, so personal. I was at a rally for Israel this week in Los Angeles, not because I thought it would change the political environment, but because it was an opportunity to stand in solidarity with a cause I believe in.

But I also agree that, on a practical level, writing something on Facebook or waving a sign is not really taking an action. Which is why I wrote a letter to President Obama! And I suggest you do the same. Here’s what I wrote:

I wanted to thank you for your support of Israel during this time of Operation Pillar of Defense. As an American Jew, America’s relationship to Israel is of the utmost importance to me. While Israel is a strong military and political force, it is nothing in comparison to the strength and power of America. I urge you to continue supporting Israel’s right to protect its citizens, and to move toward peace in ways that do not compromise my family and friends’ safety in Israel. Thank you for standing up for one of America’s most important allies, and the country which represents our greatest hope for safety and stability in the middle east.

Furthermore, I encourage you to publicly address the issue yourself, not through your spokesperson. The American media’s bias against Israel makes this seem like an offensive attack on Gaza, while we both know that it is defensive, as thousands of rockets have rained on southern Israel since the disengagement from Gaza. I urge you to assist in educating our people on the true situation in the middle east by speaking publicly in support of Operation Pillar of Defense.

Thank you very much,
Eden

And now, probably the most maddening thing I’ve seen on Facebook this week:

Ugh, it’s just not true. Hostess is closing, but they’re selling their brands, of course. It’s right there on the homepage. Calm down, people!