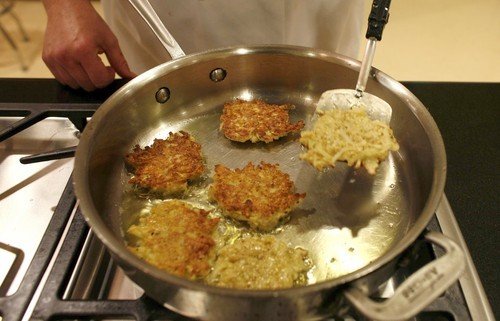 The days before Hanuka? Time for an annual latka roundup from worldwide media sites.

The Los Angeles Times is old-school with the class potato and Noelle Carter reprints a classic recipe adapted and inspired from Phyllis Glazer. It uses grated potatoes, eggs and matzo. Noelle also made bulgur latkes with POM sauce. See here, and Fresh Beet Latkes with cumin and coriander. The Los Angeles Times also relies on Phyllis Glazer for her Quick Orange Lentil Soup for Hanukkah. A little to the West, The Santa Barbara Independent stuck with recipes for potato latkes and chunky apple sauce

Melissa Clark stars in a video for The New York Times and walks you through how to make a latke, and she and her mother both agree that using a food processor is the right way to make your Hanukkah treats. Clark and The Times also share recipes and beet sauce here In an interview with Jewish Woman Intnl, Clark said that she loves crunchy latkes and eats them all year round, but on Chanukah, she loves to make them very small and crispy around the edges. and tops them with crÃ¨me fraiche and salmon caviar or smoked salmon. 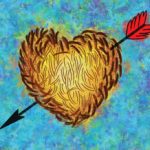 No recipes this week in the San Francisco Chronicle, but they do highlight the upcoming Bay Area LatkePalooza. Across the bay in Oakland, the newly-opened Grand Lake Kitchen will be host a series of Hanukkah dinners featuring latkes and special guest chefs, including Amy Remsen and Blake Joffe of Beauty’s Bagel Shop. A Sacramento paper, the News Review, shares a simple potato recipe but their heart shaped latke illustration by Mark Stivers is even tastier. 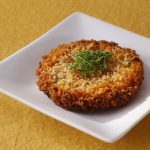 Wait, let me be fair, The SF Chronicle did have a Hanukkah latke recipe in November. Jenny Hu shared a recipe for Kabocha Squash Fritters and told readers about Rabbi Micah Hyman of Congregation Beth Shalom in San Francisco and his FRY CRAWL (a riff on pub crawls) in which Hyman and two minyans worth of congregants visit restaurants and dine on fried foods in their neighborhood (potstickers, scallion pancakes, pad see ew, fried banana, fried fish and chips, jelly doughnuts), and kindled a hanukkiah at each stop. (It is BYOM, Bring Your Own Menorah) 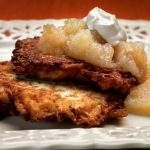 The Miami Herald forgoes any recipes and instead reports on the kosher food bank that is helping those in need this season. (But later this week, The Miami Herald is expected to publish a recipe for Southwestern Latkes with Chipotle Sauce.” (It uses Greek yogurt to be super special trendy). Speaking of Greece, check out A Sweet Life’s Spinach and Feta latkes, which they call My Big Fat Greek Hanukkah. (No, he isn’t from Salonika or Seattle, and Michael Aviad does admit the irony that one would eat a Hellenist dish during Hanukkah)

The Vancouver Sun goes Full-Potato and reprints a recipe from the new Jerusalem cookbook by Yotam Ottolenghi and Sami Tamimi (the secret is cornstarch); while the Sault Saint Marie Star in Ontario writes about mashed potatoes for the holiday. Yes, mashed potatoes. There might be some editing error. (The Pittsburgh Post-Gazette also looks to the new Jerusalem cookbook for inspiration)

Speaking of Canadians, ABC TV gives a shout out to the Max and Eli Sussman’s recipes for latkes and pork chop with lox sauce. And The Newark NJ Star Ledger interviews a Food Network “CHOPPED” winner, Rachel Willen and gets her adapted potato latke recipe. Rachel won her CHOPPED competition with potato latkes that incorporated roasted chestnuts and Santa Claus melon, a ham-and-noodle kugel, and egg nog bread pudding with Chanukah gelt.

Thankfully, The San Jose Mercury News redeems my sense of decorum with a potato, matzo meal, and onion latke recipe from the celebrated Wise Sons Deli in San Francisco. The Mercury News also pairs its latkes with drinks, like this Bourbon and Latke pairing 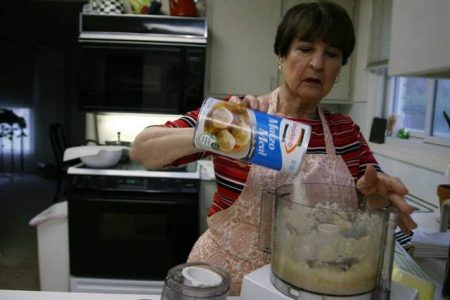 The Chicago Tribune chose to go egg-less this year and highlights a way to keep your latke sticking together without yolks. The Tribune also keeps the skin on its Idaho taters to add to the latke crunch factor. Leora Bloom, writing for the Seattle Times, loves her latkes with an egg on top for breakfast, or sour cream, or smoked salmon. Also in the Midwest, Margi Lenga Kahn writes up her cheesy Ricotta and Cottage Cheese Latkes for the Saint Louis Jewish Light; and The Detroit Free Press shares an adapted sweet potato and apple latkes via Rachael Ray The Midwesterners are innovative. In Cincinnati, Campbell’s SCOOP shares a secret that if you boil your potatoes first, you get a better latke: a sauerkraut and caraway latke.