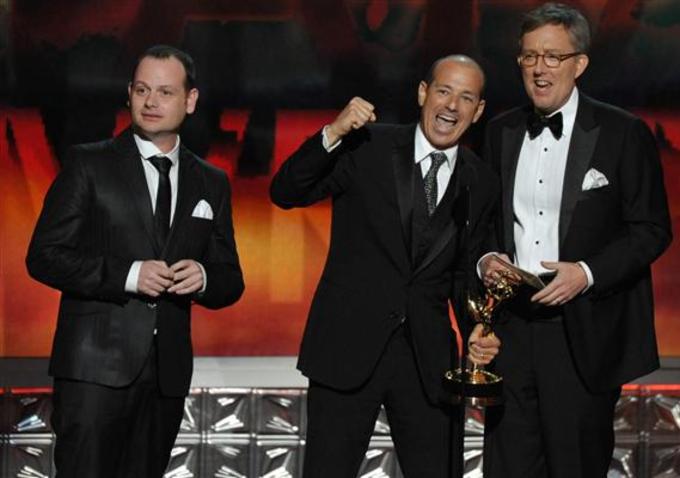 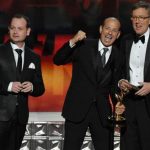 Raff, Gordon, and Gansa promoting the Homeland in more ways than one

Howard Gordon and Gideon Raff are the Hollywood darlings behind two seasons of #HOMELAND on Showtime. Homeland is inspired by the Israeli television series, Hatufim, which Raff created and wrote.

A Hanukkah present was delivered to Raff and Gordon (and his Teakwood Lane shop) today by FX, which has ordered a pilot for their newest project titled “TYRANT,” about an unassuming American family drawn into the workings of a turbulent Middle Eastern nation. Israel’s Keshet Broadcasting will be one of several producers of the effort. Two years ago, FX, a division of “Fox,” passed on Homeland.

This is Gordon’s sixth project to be picked up. Gordon and Alex Gansa are working on “Anatomy of Violence,” about a female FBI agent and her mysterious psychiatrist for CBS-TV, and “Ritter,” a legal drama for NBC. It is an adaptation of an Icelandic hit, Rettur (Rettur means Court in Icelandic). In Iceland, Rettur focuses on three lawyers and their weekly cases, as the lead partner deals with his past, which includes a killing he was convicted of as a youth.

But.. putting on my Jewlicious hat… I wonder about how HOMELAND reinforces the goodness of the Jewish CIA officer, and the badness of moslems, and TYRANT seems to be on course to portray Arab leaders as despots. Conspiracy? Conspiracy that these tv shows that promote positive perceptions of Israel are created by a firm called “Teakwood”, and Teak was first mentioned 1500 years ago in the “Teva Ram” and Teva means “nature” in Hebrew. Hmmmm… Or maybe I have been watching too much HOMELAND.