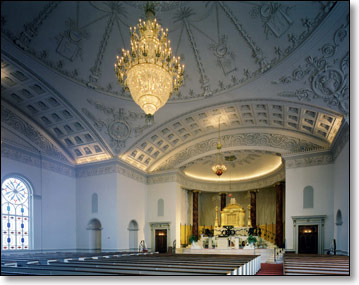 This week, both Heeb Magazine and Tablet magazine referred readers to a “Save The Date” video posted by a 12 year old resident of Atlanta, Georgia named Daniel. Daniel raps that his friends and family should save the date, May 11, 2013, and attend the celebration of his upcoming Bar Mitzvah.

The production values are fine (cinematography by the same artist who made videos for Daniel’s mother’s employer); and the rhymes are good enough to perhaps get the attention of two other Atlanta residents: Usher and Scooter-Braun. The Mayor of the City of Atlanta appears in the video, as do sports stars, local celebutantes, and Rabbi Peter Berg of Atlanta’s famed and historic “Temple.”

Heeb and Tablet posted links to the video in a snarky attempt to say that the video was grotesque, a waste of money, or symbolic of American Jewish excess.

The majority of the comments under their posts were negative and tribal; mostly some Jewish people affiliated with Orthodox synagogues criticized Daniel and his video. They did not take the time to interview the family, the minor, or his rabbi. And they missed the fascinating life story of Daniel’s mother, who as a youngster, after the deaths of both her parents, was adopted by a devoutly Christian family but raised Jewish to honor her family. Personally, I am taking a lesson from this family, and not the video’s detractors.

I think this young man is very creative. His rhymes are current and he picks up on the language and samples the images of popular music videoss quite nicely. He captures The Temple on Peachtree lovingly, and was able to obtain appearances by the Mayor, Rabbi Peter Berg of The Temple, and regional celebrities. He seems very resourceful for a 12 year old, nay – nearly 13 year old, and I hope that he applies this energy, engagement, and creativity to tikkun olam, the affiliates of his local Jewish federation, and other activities. Sure, I could do without all the “oys” It would be improved if he comes up with a few other lyrics to replace the oys.

Also, we should look at this deeper. The video begins with the date, May 11? What is the parsha? Bamidbar. And the haftorah? Hosea.

Obviously, this video is a set-up – a parody – to his drash which will most likely focus on Hosea’s message to those who worship Baal. And as for the closing message of the parsha… “Do not cause the tribe of the families of Kohath to be cut off from among the Levites.” This young man is very clever.

The video is posted below. I wonder what you think about it.