Jewlicious Book of The Week: Amy Learns To Game the JDate System and Find Her Man 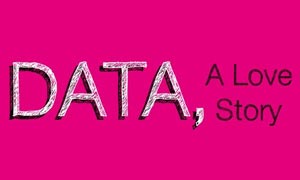 Amy Webb had a dream job. Writing for Newsweek, she was based in Tokyo and was able to fly all over Asia to report on events and trends. In the back of her mind, she planned to meet a handsome man, marry, have two culturally aware, multilingual children, and when they were ready for Harvard, she could move to Manhattan’s Upper West Side and keep a small flat in Paris filled with the cultural trinkets they had acquired in their travels.

Alas, living as a expat female in Japan was not good for the dating soul. Expat men wanted flings or Japanese women; other men were married. Amy decided to move back to the United States where she could find a loving supportive relationship with her bashert. As luck would have it, she met a great Japanese-American man on their delayed flights from Japan to Chicago; and they shared some Camel cigarettes. Plus their parents were sitting together and chatting with each other near the baggage claim when they both landed. Was this match meant to be? Soon, they moved in together, had a blissful time in Philadelphia, and then had it all fail within a few months (I won’t give away the spoiler).

After this break-up, Amy turned to online dating and JDate, yet quickly soured on the successive dating failures. She determined that she wasn’t evaluating her dating prospects properly, and developed a list of 72 requirements that her date should have, and scored her prospects on this list. If she could find a man who could score 1500 on her checklist, she should marry him. Her story is recounted in DATA, A LOVE STORY: HOW I GAMED ONLINE DATING TO MEET MY MATCH. By Amy Webb (Dutton, January 31, 2013) 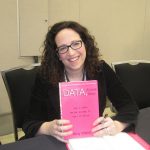 Truth be told, this book sat on my couch for weeks. I did not think I would enjoy it and snidely looked down on it. I was wrong. From the first pages, it is funny, sad, embarrassing, and so well written that you can’t stop yourself from enjoying it. I imagined the author to be Lena Dunham of HBO Girls, but of course she looks nothing like Lena’s character on Girls and is much more successful and confident.

Amy’s dating scoring checklist began (1) smart; (2) acerbically funny; (3) Jew… ish (someone raised in a Jewish household who knows what a shul is, how to survive a synagogue service, knows the holidays and what kosher is,… a non-religious but gastronomic, linguistic, cultural, and emotional Jewish man; (4) Taller than five-ten, shorter than six-two; (5) Have body hair, but no manscaping, boyzilians, or shaved scrotums; she doesn’t don’t want to have “sex with a giant-little-boy-man penis”; (6) not be balding; (7) like musicals but not Cats since Cats is derivative and her last live-in bf played Cats and Les Miz every effing evening when he sat in a tub; (8) No debt; (9) Make enough $$ to be comfortable; (10) Non smoker; (11) no drugs; (12) have an actual career; (13) career must be important but not all consuming; (14) understand that Amy’s career is important and should be supportive; (15) Age: between 30 and 36; (16) never been married before. no children, no crazed ex-gf, no mother issues; (17) wants to have two kids with Amy and get Amy pregnant within the next three years; (18) doesn’t drink all the time…. Other items were (28) Appreciates the beauty of a well crafted spreadsheet; (29) Can fix anything or is willing to tinker; (46) enjoys Jeopardy; (48) likes to dance or be willing to dance with the author; (49) be willing to listen to George Michael and never make fun of Amy for loving his music; (65) Be adventurous in bed without prompting and be willing to try new places, techniques, and be confident (I think she wants Adam from HBO GIRLS); and (72) Should never high-five.

She also broke the scores into Top Tier traits and second tier ones, and graphed them on an x-axis and y-axis – one that any BCG consultant would be proud of. After creating her list, she went about developing standard profiles of her competition and categorizing them. She also analyzed profiles by word count, so that she could develop the best possible enticing profile to find her mister right. Her analysis informed her ability to choose the right words and photos to attract her prey. She also created a male profile for herself to see how other women – her competition – were responding to men.

Truth be told, after she created her list, she did not date much at all until she met her high scoring match (Brian). And she kept scoring him as they dated over several months.

Does she frighten you yet?

Her Appendix provides advice to people setting up profiles or dating from an online board, plus she states that most women on JDate are not Jewish. As Amy tells the reader in the intro. She does find her high scoring man, marries and starts a family. So you know how the book will end, but the parts in the middle are downright hilarious, albeit slightly uncomfortable at times.