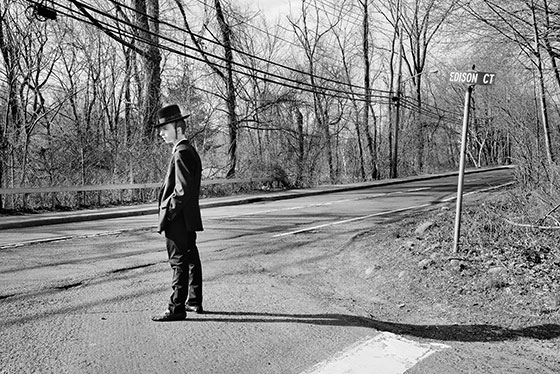 Some people think that little news happens during the Counting of the Omer. They are mistaken. Take a look at the tidbits of news from around the web. 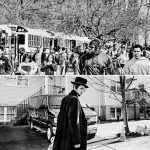 New York Magazine reports on a rift between the Hasidic and non-Hasidic residents of Rockland County, NY. In Them Versus Them, author Benjamin Wallace-Wells reports that the Hasidic voters in the villages of New Square, Monsey, and Spring Valley voted in their slates of Jewish candidates for the local school board and proceeded to gut the assets and services of the public schools. The school tax rates and receipts were reduced, teachers were fired, public school buildings were leased or sold to yeshivas, ranker-filled school board meetings became riotous, and sports and other school activities were eliminated. None of the Jewish school board members had children in the public system. While the kernel of the story is interesting, the tangential stories on the insular Jewish community, a author’s shiva call, and the author’s own “Jewish affiliation” end up deflating the power of the magazine’s piece.

Amidst the tragedies and chaos in Boston, The Boston Globe reported on the resurrection of a Polish synagogue.
For the last decade, Laura and Rick Brown immersed themselves in the art and architecture of Poland’s historic Gwozdziec synagogue, one of 200 wooden shuls that existed in the areas of present day Poland and Lithuania. With a team of 300 carpenters, artists, and students they created a nearly full-scale replica of the the triple-tiered roof and intricately painted ceiling and cupola of the Gwozdziec synagogue. A few weeks ago, the 85?percent scale replica was became part of Warsaw’s new Museum of the History of Polish Jews. The museum will open in 2014. BKG (Barbara Kirshenblatt-Gimblett), professor of performance studies at New York University’s Tisch School of the Arts, leads the museum’s exhibit development team.

Speaking of Boston, was it a little peculiar watching so many Jewish media outlets and charities try to turn the Boston Marathon bombings into an opportunity to promote Israel? The AMDA spoke of how Boston physicians learned some trauma techniques from Israeli doctors, Hadassah promoted the same theme, and the JTA published a story on the contributions of Israel’s terror-medicine specialists. Exploitative? I am not sure. Maybe it is just Jewish nature to look for the Jewish or Israel facet of tragedies. Ron Dermer, Prime Minister Binyamin Netanyahu’s diplomatic adviser, however… well.. he seems a little more on the exploitative side.

I was wondering how long it would take for Israel to be blamed for the Boston Marathon attack. Not long. Retired Princeton professor Richard Falk has blogged that Obama’s appeasement of Israel caused it. Thanks Dick. (ps, I love your fashionable shirt on your blog, reminds me of a California prison system jumpsuit)

In other news, The Forward and other media are wondering if the unsolved murders of three men in Waltham, Massachusetts on 9/11/2011 were committed by one of the alleged Boston Marathon bombers. One of the murdered men was described as Tamerlan Tsarnaev’s best friend. Another was a Jewish studies grad of Brandeis, and another was active in a local synagogue. Brendan H. Mess, 25, Erik Weissman, 31, and Rafael (Rafi) M. Teken, 37, abruptly stopped texting on 9/11. They were found on 9/12 with their throats slashed in the same way as Daniel Pearl.

Makes me want to run off to Nepal and Kathmandu. Wait. Not so fast. The Annapurna Post in Nepal reports that an Iranian man was arrested for possessing a fake Israeli passport and observing the Israel Embassy in Kathmandu. And he wasn’t planning to sell hummus there. As scary as the stabbing in Paris today of a rabbi and his son by an mentally ill Iranian man.

Okay then.. it makes me want to get a bucket of wings and read a book. Speaking of wings, Israel Aerospace Industries (IAI) has signed a contract today with Lockheed Martin worth perhaps $2.5 Billion to manufacture wings for Lockheed’s F-35 jets over a 10-15 year period. (IAI currently produces wings for the F-16 and the U.S.A.F.’s T-38). Also, an Israeli start-up called Gizmox, will open an office in Boston after it received over $7 million this week from a Boston VC firm Gizmox helps companies converts apps to HTML5. (It is pronounced with a hard “G” and not a “J”) 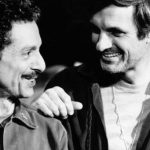 The actor who performed as M*A*S*H’s beloved wise-cracking, Jewish, Korean-War psychiatrist, Dr. Sidney Freedman, passed away at the age of 95. Allan Franklin (Goldberg) Arbus did more for Jews and psychiatry in America than Freud; Arbus was so believable in his role – though he appeared in only a dozen episodes – that people for decades assumed he was a therapist. Arbus was born in New York City and served in Burma during WWII. A fashion photographer, he was married to the renowned photographer, Diane (Nemerov) Arbus, until 1969. She took her own life in 1971. He is survived by his second wife and children, including his daughter, the photographer and ICP teacher, Amy Arbus. 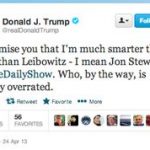 Amy, Allan and Diane would have loved to have shot Donald Trump, I bet, in their photo studios. The Donald recently outed comedian Jon Stewart as Jewish. I suppose this is supposed to be something not to be proud of? Trump tweeted, “I promise you that I’m much smarter than Jonathan Leibowitz – I mean Jon Stewart @TheDailyShow. Who, by the way, is totally overrated”