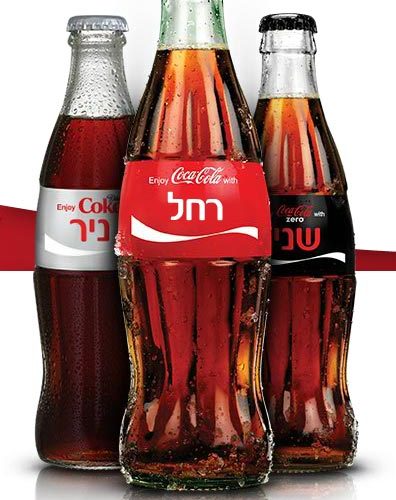 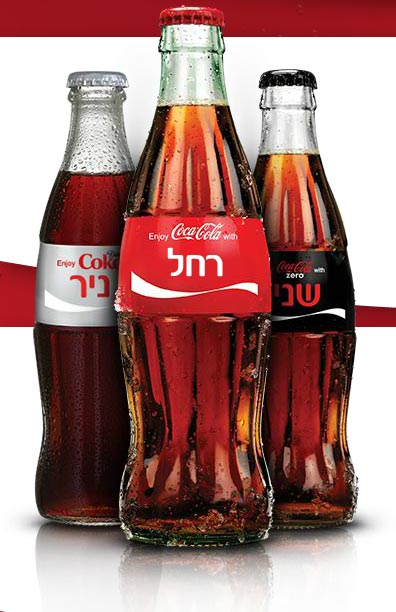 The Haredim have a problem with Coke. Its position of honor on the tables of the Tishes of prominent Rabbis is now being threatened. Is it because the sugary carbonated beverage promotes tooth decay, diabetes, obesity and a whole host of other ailments? No that would be silly, it’s not as if we don’t care for our teeth as much as those that work in practices such as Dentist Greenbelt – It’s because Coca Cola in Israel recently began a promotion whereby the Coca Cola logo was replaced with names. Instead of seeing “Coke” above the trademark swirl, one can now see typical Israel names, from Amir to Zohar. One can even find Nikita, Ivan and Mahmoud. The problem is that about half these names are names of women, and a woman’s name is immodest as it might make one think of a woman and next thing you know – mixed dancing! JewishWorker writes:

The Charedi world is up in arms, how can they serve the Rebbe from a bottle with a women’s name on it? R’ Landau is putting pressure on Coca Cola to not distribute these bottles in Charedi areas.

Rabbi Moshe Yehuda Leib Landau, who has deemed Coke to be Kosher and is affiliated with Chabad, provides kosher certification that is accepted by most Haredim who require the highest standards of kosher certification. The Slonim Hassidim rely on certification from Rabbi Avraham Rubin and in their world, consumption of Coca-Cola is prohibited regardless of whose name appears on the bottle. The author of the Jewish Worker blog has however provided a solution as shown in the photo below: 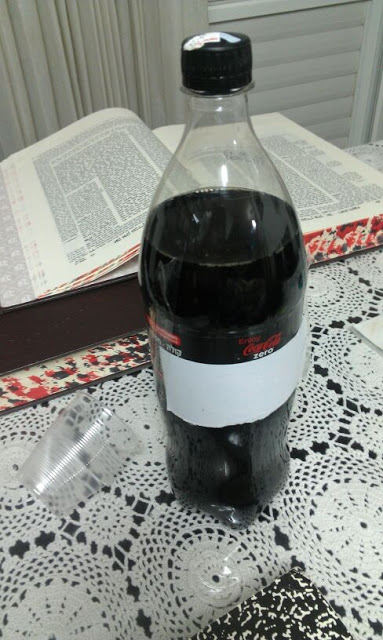 Problem solved! Who says Haredi Halachah is incapable of innovation? My question is how does this affect other ostensibly kosher brands like Betty Crocker, Aunt Jemima and Sun Maid?