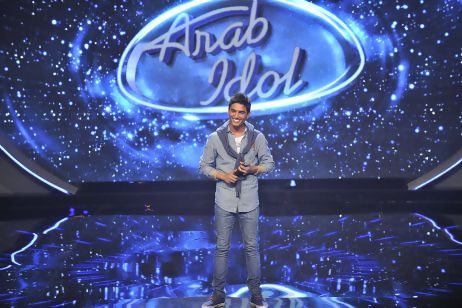 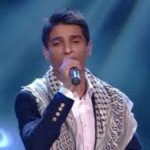 Palestinians may be divided over the future, leadership, hummus shops, and politicians, but they appear to be united about a singer from Gaza, Mohammed Assaf, a son of Khan Younis who is leading the results at Arab Idol. Though some friends say that Assaf was harassed in the past by Hamas for his haircut and jeans, they are keeping mum about him now.

“The Rocket” – as many fans call the 23 year old singer – is in the finals. His romantic ballads and Palestinian patriotic songs (he is inspired by Samer Issawi), along with his kaffiyeh/scarf has generated pride among Palestinians, and a hope that this University of Palestine student and part-time wedding singer wins Arab Idol. In addition to singing a love song by the late Abdel Halim Hafez of Egypt, he sand a popular ballad by Palestinian in Lebanon who longs to return to his “ancestral home.”

To audition for Arab Idol in Cairo, Assaf had to pay bribes to get through the Rafah crossing border between Gaza and Egypt. He ended up arriving too late in Cairo, but his mother, a math teacher, told him to hop a wall and get through the locked gates. He sang in the halls, and one of the contestants, hearing the he was the real deal, gave their audition ticket to him.

This past Shabbat, on Friday night, Nancy Ajram, a judge form Lebanon and a UNICEF ambassador of goodwill, cried as Assaf sang. Ahlam, the “Beyonce” of the United Arab Emirates, and a judge was impressed once again by the power of his voice.

The two Palestinian mobile telephone operators have lowered the cost of text messages on Fridays to encourage voting. Should Assaf win, he will receive a Chevy Corvette and a recording deal. Watch for the red auto this Summer in the streets of Khan Younis.