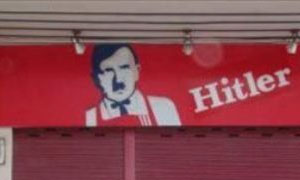 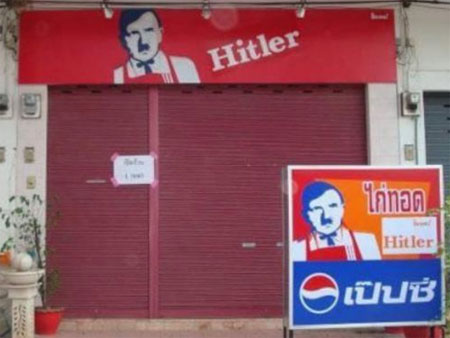 The internets were verily abuzz with news that some enterprising Thai in the city of Ubon Ratchathani opened up a fried chicken stand whose signage incorporated the look and feel of Kentucky Fried Chicken but with Hitler replacing Colonel Sanders. This upset the lawyers for KFC who were planning to sue said entrepreneur until it was discovered that the chicken shack had changed its branding/closed down etc. Today the restaurant is known as H-ler and bears a different sign according to a local Bangkok Times correspondent.

The Daily Mail, which posted the original story on the basis of a months old tweet by travel writer Andrew Spooner, got both the locale and the recent developments all wrong. But they did note the bizarre fascination that Thais have with Hitler. This fascination has nothing to do with any support for Nazism and everything to do with uhm… imagery I guess and just the strangeness of South East Asian pop culture and its Hitler obsession: 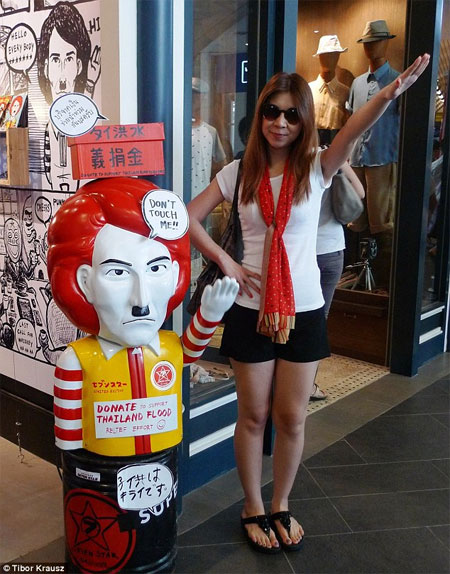 So much for Yimach Shemo! And remember kids, don’t believe everything you read on the Internet!