A Tale of Two Jew Pictorials 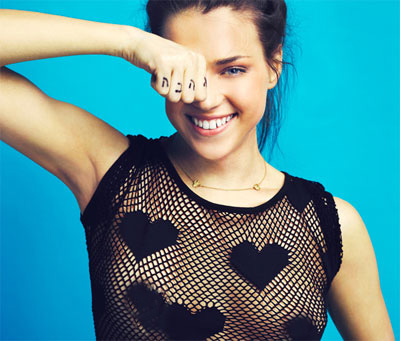 This week, the Jewish world was regaled with two Jew-themed pictorials. The first, which received a lot of attention, features Yoel Weisshaus, a Shtreimel toting, peyos wearing, honest to God Hassid. What made these photos unusual, was that they appeared in a Tumblr, promoting American Apparel. American Apparel has had minor flirtations with images of Hassidic Jews. There was a gallery of images of AA owner Dov Charney buying a whole Hassidic get up at a clothier in Montreal, and of course there was the bizarre publicity stunt featuring billboards festooned with the image of Woody Allen as the Hassidic Rabbi from Annie Hall with the words der heyliker rebe, the holy rabbi and an American Apparel logo. But mostly, AA imagery is all about, you know, sexy. Yoel’s pretty cute but I can’t see him in spandex short shorts. In any case, all the usual suspects made a big hullabaloo because, you know, unexpected Jew! 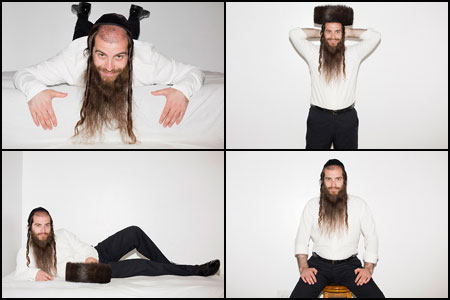 Autumn edition of K MAG is a little more controversial than it is usually the case. Along with our favorite photographer, Zuza Krajewska, photographed people who are proud of their origins. See joyful photo shoot “I have Jew under my skin.”

Controversial? Why “controversial?” Well isn’t it obvious? It’s the same thing as the Yoel Weisshaus thing… who expects a Haredi in an American Apparel Ad? And who expects actual Jews in Poland?? 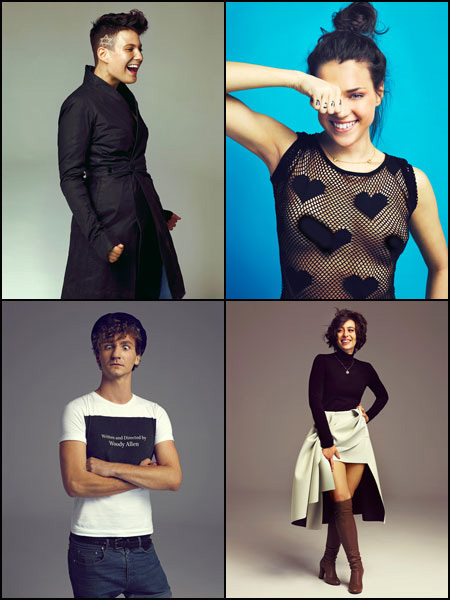 You can see the entire gallery at K Mag. Let me know if you figure out what it’s really all about because I don’t get it at all. Now I am off to shul. Have an easy fast everybody!