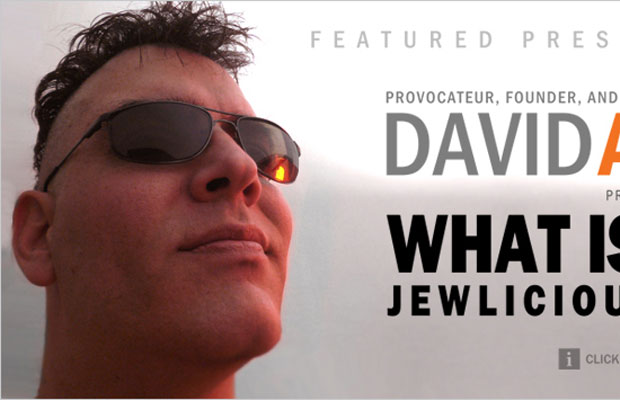 Jewlicious began just under 10 years ago in a digital media office in Montreal. At the time, reaching out to young, unaffiliated Jews via the Internet was a notion that was in its infancy. There were few legitimately qualified experts in the area, there were no self-styled social media consultants rubbing shoulders with Jewish communal leaders and waxing poetic tech at GAs etc. It was wild and untamed and super exciting. At the time, none of us even thought to approach the local Jewish community, ie Federation CJA, for any kind of support, guidance or assistance – and they never reached out to us even though we were a 10 minute drive away.

Several of us came from a student activist background in Montreal. At the time, Federation was at best irrelevant and at worst, a hindrance. They never understood us or even tried to understand us and we understood them all too well. They were a monolithic entity whose leadership was donor driven. They had their priorities and we had ours and those did not always mesh perfectly. Don’t get me wrong. Federation here, like Federations throughout North America, has always done very important work. They feed the hungry, they help people in need, they support a wealth of community initiatives and maintain a massive infrastructure that makes everything possible and enhances local Jewish life. We often volunteered to make phone calls during Super Sundays, but we never, ever thought of getting the Feds involved in a grass roots, non-hierarchical initiative like Jewlicious. Our audience was global, our first Jewlicious Festival was spearheaded by Rabbi Yonah and Rachel Bookstein in Los Angeles – an amazing couple I never even met until I arrived in Long Beach for that initial event. Why would we go to our Federation and hamper our editorial freedom and street cred?

Fast forward 10 years and now I find myself back in Montreal, a guest of Le Mood, the homegrown version of Limmud. Limmud is the revolutionary Jewish educational project that now takes place in countless Jewish communities around the world. The Montreal version, now in its third year, is a one day affair that is run out of Federation CJA in a unique partnership between the Federation, a small core staff and a diverse and eclectic crew of volunteers. Did I say affair? It’s more like an extravaganza uniting over 170 speakers and upwards of 120 sessions over the course of a jam packed Sunday. 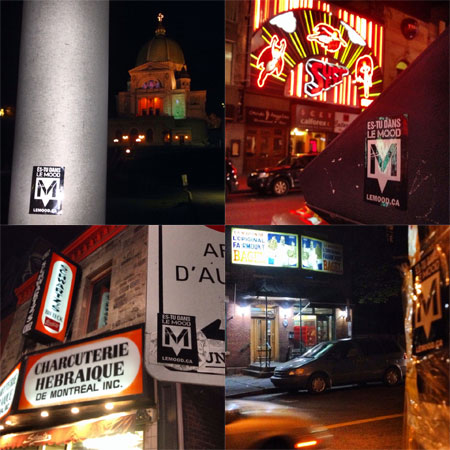 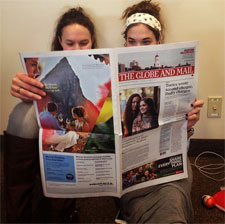 Allow me to pat Jewlicious on the back for a moment – Joining me as featured speakers at Le Mood are Festival alums Ayo Oppenheimer presenting Jewrotica and Megan and Grace Phelps-Roper whose departure from Westboro Baptist Church was recently featured on the front page of the Globe and Mail, Canada’s biggest newspaper. Joining them as presenters are a number of Jewlicious alums and ROI alums who I have befriended (Hello Margot Madeson-Stern! Hello Simja Dujov etc. etc.). Big pat on the back to Rabbi Yonah and Rachel Bookstein for pioneering exciting and inspiring Jewish programming!

And the old Federation? We never associated them with exciting and inspiring Jewish programming that was relevant to young Jews, let alone programming that was spearheaded, produced and driven by young Jews – and yet? Here we are. Here I am! Today’s Federation is still doing all the unsexy stuff that a Federation does. They still take care of the old people, they still help folks find jobs, they still provide family counselling, they still send kids to Israel and support Israeli non-profits and on and on and on. But with their support of Le Mood, they are also showing an active commitment to promoting a conversation, to fostering both diversity and unity. They are telling the young Jews of the city that their opinions and interests are relevant and that they are, in fact, essential members of the community.

I’ve been to the A Bit off the Top offices. I’ve met the staff and the volunteers and I was moved by the palpable sense of excitement and sense of mission that drives the production of Le Mood. Honestly, I was more than just a bit jealous too, seeing what can be produced when the Federation teams up with young, committed and dynamic individuals. I wish I had that kind of support when I lived in Montréal. Heck, I wish I could have that kind of support now!

Helmed by ROI alum Mike Savatovsky, the Le Mood crew have been at work for months, acting as the bridge between young Jews slowly beginning to familiarize themselves with the values and standards of the underlying organized Jewish community and said organized Jewish community. Sometimes there are hiccups of course, but the overall effect is moving the established Jewish communal institutions into a direction that is more responsive to the needs and desires of a broader swath of it’s constituency. I’m down with that and proud to be involved in the process.