1% of Orthodox Jews Have Xmas Trees?: Learnings from Pew’s Study of American Jews 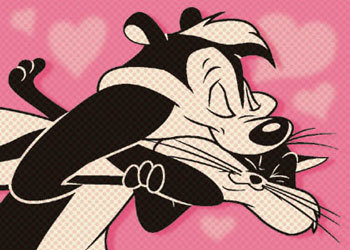 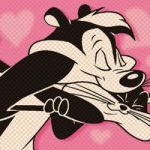 Pew Research Center released its newest study of the American Jewish community, and there are few surprises, unless perhaps you would be surprised that 22% (or 1 in 5) replied that they describe themselves as being born Jewish but currently “having no religion.”

According to the study of nearly 3,500 American Jews, which was published on October 1, 2013, American Jews overwhelmingly say they are proud to be Jewish and have a strong sense of belonging to the Jewish people. The percentage of U.S. adults who say they are Jewish is a little less than 2%, and the number of Americans with direct Jewish parentage or upbringing who consider themselves Jewish, yet describe themselves as atheist, agnostic or having no particular religion, is about 0.5% of the U.S. adult population.

The study figured that there are about 4.2 million American adults who say they are Jewish by religion, representing 1.8% of the U.S. adult population. But there are roughly 5.3 million Jews (2.2% of the adult population) if the total also includes “Jews of no religion,” a group of people who say they are atheist, agnostic or “nothing in particular” when asked about their religion but who were raised Jewish or have a Jewish parent and who still consider themselves Jewish aside from religion. Two groups that were not counted as Jews in the report are 2.4 million adults in the “Jewish background” category – that is, people who were raised Jewish or had at least one Jewish parent, but who now either identify with a religion other than Judaism (most are Christian) or say they do NOT think of themselves as Jewish or partially Jewish, by religion or otherwise. Also, there are 1.2 million adults in the “Jewish affinity” category – people who were not raised Jewish, do not have a Jewish parent, and are not Jewish by religion but who nevertheless consider themselves Jewish in some sense (but not that they like to just eat bagels and whitefish).

THE FULL STUDY CAN BE FOUND AT THIS LINK.

The Pew Research study determined that Reform Judaism continues to be the largest Jewish denominational movement in the United States. 35% of all U.S. Jews identify with the Reform movement, while 18% identify with Conservative Judaism, 10% with Orthodox Judaism and 6% with a variety of smaller groups, such as the Reconstructionist and Jewish Renewal movements. About 30% of American Jews (including 19% of Jews by religion and 65% of Jews of no religion) say they do not identify with any particular Jewish denomination.

70% of respondents said that they participated in a Passover seder in the past year, and 53% say they fasted for all or part of Yom Kippur in 2012. Tne years ago, in a similar – but not equal – study, 78% of Jews said they had participated in a seder in the past year, and 60% said they had fasted on Yom Kippur. The change is mostly due to the growth of Jews of No Religion.

69% of those surveyed say they feel either very attached (30%) or somewhat attached (39%) to Israel
43% of Jews have been to Israel, including 23% who have visited more than once.
40% of Jews say they believe the land that is now Israel was given by God to the Jewish people.
Only 38% say the Israeli government is making a sincere effort to establish peace with the Palestinians. And only 12% think Palestinian leaders are sincerely seeking peace with Israel.
Just 17% think the continued building of settlements in the West Bank is helpful to Israel’s security
And 44% say that settlement construction hurts Israel’s own security interests.

I invite you to read through the survey. Especially Page 80, which says that 1% of Ultra Orthodox Jewish and 3 or 4% of Modern Orthodox Jews reported that they had a Xmas tree last December.