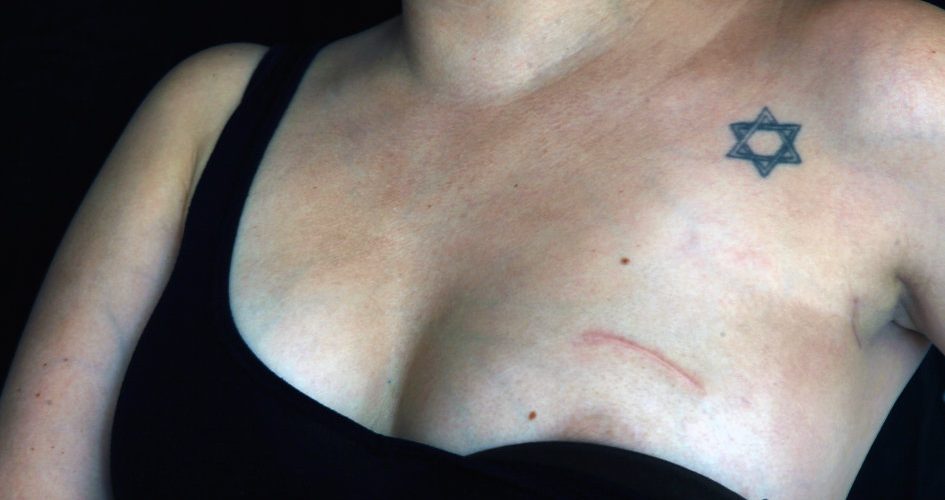 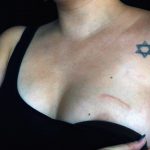 On Erev Hanukkah, The New York Times featured an Israeli Jewish breast on its front page.

With a dateline from Kfar Saba, the story focused on the push in Israel for woemn to be screened for the genetic marker for breast cancer, and the emotional turmoil that testing, deciding not to test, and dealing with the resulting information creates in Israeli families.

The posting begins with the story of Tamar Modiano who had both her breasts surgically removed and has pushed her daughters to be tested for the genetic marker, pushing her youngest to the point of obsession.
The Times credits the revelation by the American actress Angelina Jolie of her own double mastectomy with increasing media coverage of the issue in Israel.

The Times goes on to describe the controversy over the possibility of universal testing of targeted women, the potential for social stigmas, and the rationale for surgery. Also, should only women of Ashkenazi heritage be tested? What about men, who can also pass along the genetic mutation? There is currently a yearlong waiting list for the test, if covered by Israel’s national plan. Barbara A. Koenig, a professor of medical ethics at the Diller Family Comprehensive Cancer Center of UC-San Francisco said, “When you institute mass screening, you’re making a collective decision that this is a good thing.”

The story continued that there are Israeli women who have complained that male doctors display sexist attitudes about the importance of breasts and are loath to do mastectomies on healthy women. For example, Dr. Moshe Inbar an outspoken oncologist in Tel Avuv opposes preventive mastectomies, has said that a woman cannot have an orgasm after her breasts are removed, an assertion not supported by evidence.

More than a 33 percent of American women carrying the genetic mutations chose preventive mastectomies. In Israel, only 4 percent of women have. In nearly all industrialized countries, over 50% of affected women chose to have their ovaries removed, a procedure that is believed to reduce breast cancer and a procedure that is not evident to others.