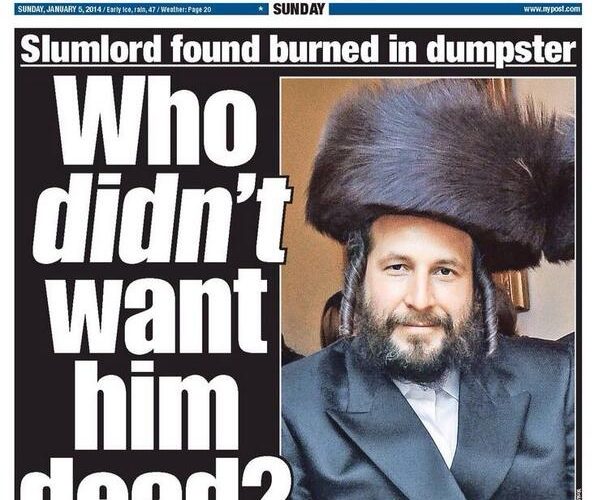 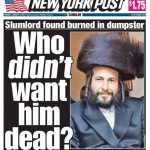 The tabloid New York Post thrives on shock and controversy. It did not fail this morning when it asked “Who Didn’t Want Him Dead?” about the brutal New Year’s Eve murder of a Satmar Jewish man, a father of eight. Was he a notorious citywide “slumlord” and rapist? Or just a very local slumlord with 17 buildings in Brooklyn? Does he deserve Osama treatment? Maybe his family, his famed cantorial brother, and the dozens of people to whom he gave loans didn’t want him dead?

Even for the Post, this seems a tad over the top, with graphic details on his kidnapping and smoldering body, and saying he was ““up to his tuchus in debt.” Sure the murdered man is accused of loan sharking, shady business deals, defaults, evictions, and the theft of four-month-security deposits, but something tells me the NYPost wouldn’t be so glib if they were reporting on Maristanc, Lika, and other landlords with high numbers of violations