Jewish SuperBowl Ads or The Case of the GoDaddy Mezuzah 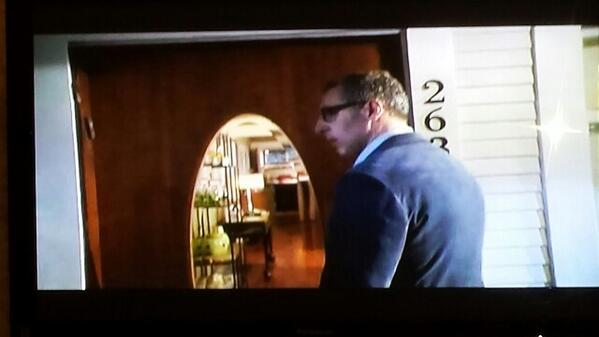 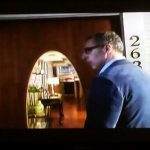 If you are like me, you watch the televised NFL Superbowl game for the ads. In 2014, a 30 second spot sold for about $4 million. To many, the ads are more exciting than the game and halftime extravaganzas. What were your favorite ads? Did you tweet about them? @RabbiJason Miller and @RabbiShmuley Boteach did. Boteach tweeted his joy for the SodaStream and Budweiser returning soldier ads.

For Jewish viewers who view the game parochially there was a lot to see.

The Coca Cola company’s ad featured a song in Hebrew and two men wearing kippahs. There is a folk wisdom that if a superbowl ad features two kippah wearing men, the NYSE will fall; and it did. Astute investors hopefully made a killing by shorting the market.

In the ad below, America The beautiful is song in several languages. Some political pundits profited this week by criticizing the ad as too pro-immigration and anti-white American.

In this version of #AmericaIsBeautiful, the participants explain their heritage.

Here are the joyful Arabic, Hebrew, and Tagalog versions

The actress and political volunteer, Scarlett Johansson, appeared as a spokesmodel for SodaStream. Johansson’s ad tried to go viral fanning a controversy over being banned by the network. Pro Israel groups tried to support the ad, and anti-Israel groups tried to leverage the ad to create support for a boycott of Israeli products. Yedioth Ahronoth led its Friday edition with the headline “Scarlett for Israel.” Israel’s foreign minister, Avigdor Lieberman, hailed Ms. Johansson, who identifies as Jewish, for her defense of SodaStream. Oxfam, for whom she volunteered, criticized Johansson for representing an Israeli company or depending on how you read Oxfam’s criticism, a company with a factory built on land beyond the “green line.”

Actors/comedians Jerry Seinfeld and Jason Alexander reunited to play their roles from the acclaimed Seinfeld television series. They meet at Tom’s Diner at 112th and Broadway and drive a borrowed AMC Pacer to comic effect. The full episode is HERE.

In GoDaddy’s sedate Superbowl 2014 ad, actor John Turturro visits Gwen Dean of Yonkers heritage. She quits her job of two decades in order to pursue ambition to create and sell puppets online. She was recruited by GoDaddy.com from among several people that responded to an ad looking for a person who wanted to quit their job in a surprise superbowl ad in front of 100 million viewers. herboss was actually very supportive of her bold move. The ad, created by DeutschNY for GoDaddy.com, was produced in a rented house which was filled with Dean’s puppets and a desk. Upon entering the home, astute viewers noted a mezuzah on the doorpost. But the mezuzah is on the left side and not on the customary right side of the doorway. Dean, who is not Jewish, told Jewlicious.com that the video stock was reversed during the production and color correction process. That is why the mezuzah appears to be on the left doorpost. A past GoDaddy.com ad featured model Bar Refaeli and actor Jesse Heiman in a sloppy kiss.

For those who want to go overboard, we can mention the ads that used Bob Dylan or Bob Dylan music, or actors that identify or are identified as being of Jewish heritage, including the Peanut M&M. According to a study in Ad Age Magazine, Budweiser’s and GoDaddy’s ads generated the most net positive buzz; and M&M’s and Jeep had the greatest score of purchase intent.

In other Superbowl news, a New York City real estate won $25,000 on a superbowl wager. Jona Rechnitz of JsR Capital bet $500 that the Seattle Seahawks would score the first points of the game on a “safety.” They did. He said that he planned to donate the proceeds to a Jewish-related, Holocaust-related not-for-profit philanthropy.