Donald? Come On, Are You Serious? 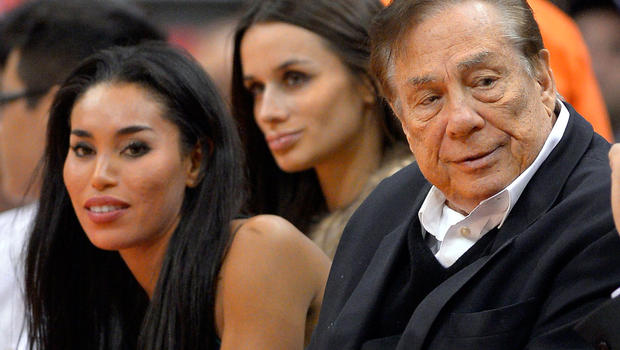 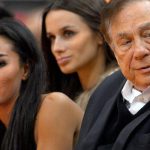 I was busying myself this weekend reading about the Religion News Service (RNS) and their need of a new CEO and Publisher, when the news hit the internet about a racist rant allegedly made by Donald Sterling.

Donald? Are you serious? If true, I ask, why are some of the best Jewish millionaires so insane or disgusting? Is it a pre-requisite? Perhaps it is just randomly distributed and we just hear more about the edgy ones?

TMZ published a recording of the rant on its website right before Shabbat; they said it was a castigating conversation between Donald Sterling, 80, and his current girlfriend, V. Stiviano, 38. The person that is supposedly Sterling tells his girlfriend that she should not be seen in public with black people or post photos of herself with black celebrities online. Sterling’s girlfriend is of Mexican and African American heritage. The man also tells her not to bring black people, including Magic Johnson, to Clippers basketball games. Sterling owns the Los Angeles Clippers.

In a version of the conversation that is posted on Deadspin.com, the man states that in Israel black Jews are treated like dogs, and black Jews are below white Jews. He also says that “we don’t evaluate what’s right and wrong, we live in a society. We live in a culture. We have to live within that culture.”

Stiviano, who was recording the conversation, baits the man [let’s call him Sterling], saying that as a Jew (Sterling changed his name from Donald Tokowitz; not that Sterling can’t also be a more Jewish sounding name), [Sterling] should not discriminate. Racism can lead to a Holocaust, she said. After bringing up a Holocaust and racism comparison, he responds, “You’re a mental case, you’re really a mental case… If you don’t want to be â€¦ walking â€¦ into a basketball game with a certain â€¦ person, is that racism?”

The American Jewish Committee asked the NBA to take appropriate action against Sterling, if the recording is accurate. David Harris, its executive director wrote, â€œDonald Sterling’s callous remarks regarding African Americans are a painful reminder that, 60 years after the landmark Supreme Court decision in Brown vs. Board of Education, and 50 years after the enactment of the Civil Rights Act, there is still work to be doneâ€

I do not think that the AJC comments on all rants (no comments on Cliven Bundy’s slavery rant). I assume they commented on it since the NBA Commissioner is Jewish as is Sterling, and they don’t want people to think that Sterling represents all members of the Jewish faith in America.

The Anti-Defamation League commented also. Amanda Susskind of the ADL said that Sterling should disavow the sentiments expressed and the language in these statements. Abe Foxman also called on the NBA to make it clear that racism has no place in the NBA and society.

Carmax and State Farm, two advertisers that support the LA Clippers suspended their sponsorships. William Tiefel is the Chairman of Carmax.

The Los Angeles chapter of the NAACP honored Donald Sterling with a lifetime achievement award in 2009 and was planning to present him another award in a few weeks. It will no longer honor Sterling with an award. The Reverend Al Sharpton and L.A. Mayor Eric Garcetti will receive awards as Persons of the Year. The award Sterling received in 2009 came before he agreed to pay a $2.765 million settlement in a case that alleged his company discriminated against African Americans, Latinos and others at apartment buildings his firm in Los Angeles County. The NAACP will not ask Sterling to return the 2009 award. “This is not like the Heisman Trophy, dude. He has the award. We’re not going to ask him to return an award that he got years ago,” said NAACP Los Angeles branch president Leon Jenkins.

Rochelle H. Sterling, Donald Sterling’s wife of more than fifty years, says that Donald Sterling’s alleged mistress is a gold digger who seduces older, wealthy men and persuades them to shower her with gifts. On March 7, 2014, Rochelle filed a legal suit against “V. Stiviano” stating that Donald and the woman met at the 2010 Super Bowl game and were still in the relationship. Mrs. Sterling seeks to “protect and recover community property in her individual capacity.” Rochelle Sterling alleged that her husband used community property to buy Stiviano a 2012 Ferrari, two Bentleys and a 2013 Range Rover, $1.8 million to buy a duplex on near the Beverly Center, and $240,000 for “upkeep.” (it is unclear if it means upkeep of the condo or upkeep of the mistress) The complaint also says that Stiviano goes by several other names, including Vanessa Maria Perez, Maria Valdez, and Monica Gallegos (Perez, Valdez & Gallegos… sounds like my accounting firm).

Stiviano’s attorney, Siamak Ebrahim “Mac” Nehoray (who was suspended from practicing law in 2004 for a month, but who wasn’t?), argued that a gift cannot be revoked by the giver and that there is not â€œa peppercorn of a factâ€ that any fraud or undue influence was involved (why he used a peppercorn, I am not sure). Nehoray further replied that nowhere in the lawsuit does it say that “the feminine wiles of Ms. Stiviano overpowered the iron will of” Donald Sterling.