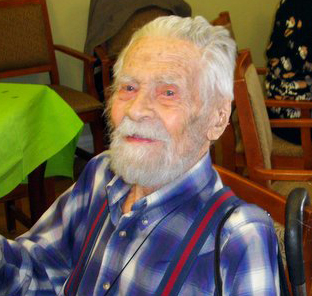 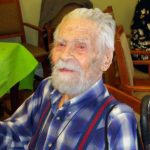 Sadly, Arturo Licata – just days from his 112th birthday – passed away in Italy two weeks ago. But this event made Alexander Imich the world’s oldest living man (There are over 4 dozen women who are older, however).

Imich turned 111 on February 4, 2014. He resides alone on Manhattan’s Upper West Side, a block or two from the famed Fairway supermarket and Trader Joe’s, although he eats little and mostly subsists on chicken soup and Ritz crackers. He doesn’t believe in eating much. He suffers from age-related macular degeneration – the leading cause of vision loss among elderly Jews; and is nearly deaf. But what a life he has experienced.

Dr. Imich, a supercentenarian, was born in 1903 in Czestochowa, Poland (also known as Chenstokhov). His father owned a decorating store and the family was of the merchant class. He received a PhD in Chemistry in Krakow, but experienced steady and increasing anti-Semitism during his academic studies. He settled on Chemistry after he was blocked from a desired career in the Polish Navy, and after he was unable to advance in zoology studies, even after his studies in Africa.

He and his second wife (his first wife – a childhood sweetheart – ran off with someone else, so he married her friend) fled the Nazis in 1939, but they were later imprisoned by the Soviets in Bialystok.

He had been using his chemistry skills to make cosmetics in Bialystok, but one day, the Soviet secret police knocked on the Imich’s apartment door, arrested them, and put them on a cargo train to a labor camp near the White Sea. They survived two sub-zero winters in the camp at Abramkova, where Imich loaded logs onto barges.

As WWII intensified on the Soviet front, the Imich’s were freed and moved to Samarkand.

Prior to WWII, in the 1930’s, Imich became fascinated with paranormal studies. A lifelong interest, at the age of 92, he published a book he edited, â€œIncredible Tales of the Paranormal.â€ Uri Geller is a fan. In the book, Imich wrote, “Imagine for a moment how much human life would change if [the question of the spirit continuing after death of the physical body] were answered in the positive, how much easier it would be to live through the pain and misery of our existence on this planet, if we were sure these were only temporary ills.â€

The Imich’s immigrated to Connecticut in 1951. Dr. Imich found work in Ossining NY, and his wife, Wela Imich, opened a psychotherapy practice in Manhattan.

After Wela’s death over 25 years ago, Imich moved into her psychotherapy practice suite on Manhattan’s Upper West Side. Unfortunately, bad investments left Imich broke; unable to find work at 104 years old, he became dependent on charity. Dorot helps, as do others. Upon learning of his birthday in February, a Chabad rabbi popped by to get him to put on tefillin and to affix a mezuzah to his door.

Asked to what he attributes his longevity, Imich had no ideas, perhaps it was remaining physically active, good genes, and being continuously curious.

In related news, the Gallup survey research organization annually calls randomly selected American adults and and asks them about their emotional status, satisfaction, eating habits, stress levels and other quality of life measurements in order to determine the Gallup-Healthways Well-Being Index. Asked to develop a statistical composite for the happiest person in America, Gallup’s answer was that he is a tall, Asian-American, observant Jew who is at least 65 and married, has children, lives in Hawaii, runs his own business and has a household income of more than $120,000 a year.

Thus Alvin Wong, a Jewish man, is the happiest man in America, statistically speaking. Mr. Wong is over 70, 5’10”, and of Chinese-American heritage. Married with children, he lives on Oahu in Hawaii, and is a Kosher observant Jew. He also owns his own business and earns a 6 figure income.