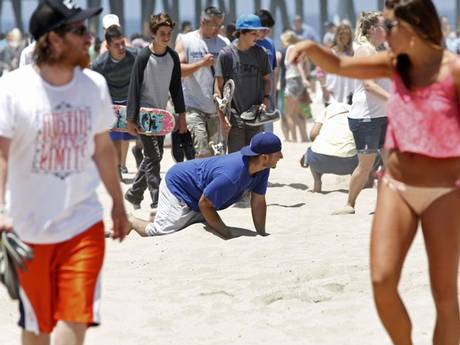 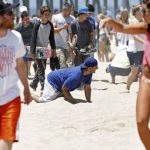 A Haifa-bred, San Francisco Bay Area based entrepreneur has been hiding money in various places and tweeting out clues from his @HiddenCash Twitter account.

Initially he was doing this anonymously, but last Friday, “Inside Edition” reported that the man behind the scavenger hunt was Jason Buzi. He confirmed this revelation and revealed himself on CNN Monday night on Anderson Cooper’s AC360.

Buzi told Anderson Cooper that it isn’t really about the money he is giving away, it is about “paying it forward.” He said, “We just want to encourage people to pay it forward.” He said the hunt for the money is thrilling for people and gets them “out of their living room or away from their phone, and out there doing things with their friends, with their kids, with their families.” He told CNN, “I got together with some friends and we were talking about our desire to give back and do it in a fun way.”
NBC reported that this project is not a new idea for Buzi. Six years ago, he was reportedly involved in a similar hidden cash give-away event that caused so much frenzy that NYC police had to be called to restore order.

While Buzi says this is about charity and philanthropy, others say it is meager amounts of money and being spent at Buzi’s self-promotion. Critics highlight his past unorthodox business practices in the Palo Alto, Calif. real estate industry, and his business’s appearance on internet lists of business scams and spammmers. Others say that if a businessperson wants to “pay it forward,” s/he should donate funds to community groups that specialize in social action and funding.

Buzi, who says he is not sure how wealthy he is, but that his wealth is in the millions, said that he realizes that many people do not trust his motives and assume it is just part of a business scheme and publicity stunt, but he asserts that this is not true.