Blinded By The Light Casualty Rate In Israel 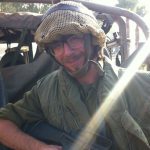 I spoke to my son Eli at the Gaza border earlier today. He told me that a number of the Israeli deaths have come about by civilians either directly attacking soldiers or distracting them so that they could be targeted by snipers. Whether the civilians did this willingly or under duress he did not know, but it is pretty clear that Hamas is urging them to put themselves in harms way. Which puts Israel in an extremely difficult situation.

It is very sad to watch the way much of the world condemns Israel for defending itself and insist on seeing us as the aggressors in this conflict no matter the facts. Most Jews are peaceful people; we’d much rather take up a good book than a gun. My son will do his job helping to defend our country, but he’d much rather be home with his wife and two children.

In the same way that some people blame the victims of sex crimes particularly when they try to ruin their attackers, Jews are blamed for being hated and vilified for fighting back. There is no logic to this way of thinking so nowadays people who believe this do not say so out loud. Unless, of course, they are talking about the Israeli-Palestinian conflict.

Here’s an example. In 1948, the fledgling State of Israel was attacked by Egypt, Transjordan, Syria, Lebanon and Iraq along with two smaller contingents from Saudi Arabia and Yemen. The stated goal was the annihilation of Israel. The world had just finished proving that if the Arabs won and murdered all the Jews no one would lose any sleep over it. The tiny Jewish country fought back with inferior arms and almost no fighting experience and, against all odds, won the war.

Until the late 1980’s, there was no question that this account was true, but then history began to be revised according to the doctrine of â€œblame the victim.â€

In May 1948 when Israel declared independence and was attacked the Arabs only fielded 25,000 troops while the Israeli Defense Forces had 35,000. But by December Israeli forces had increased to 96,441. The Arab states also increased their troop numbers but were unable to keep up. Since the Jews had larger numbers, they couldn’t have been the underdog.

At the beginning of the war, it was true the Israelis had no modern weaponry, but they managed to get enough illicit arms from places like Czechoslovakia that by July 1948, they had superior firepowerâ€Šâ€”â€Šso they couldn’t have been the underdog.

Besides, the Arab coalition was disorganized and unable to act efficiently due to infighting and political intrigue between the assembled countries. whereas the Jews unified and shelved their internal differences to concentrate on survival. So you see, it’s absolutely positively not true that Israel was the underdog.

The logic is impeccable; if the Jews were not the underdog, then, by process of elimination, they must have been the aggressors.

Amazing! Seven countries plus the local Palestinians refused to accept the UN partition, attack us with the stated intent of driving us into the sea. Because we refuse to die and fight back with all our strength cunning and ingenuity, because we manage ultimately to win the war, somehow we are culpable for the war in the first place!?

When the kid on the playground manages to beat the bully, do we blame him for the fracas!?

You know what else is sad? How the world stands by as the Palestinian people are exploited time and again, from 1948 and on, by other Arab nations and their own leaders. It’s pretty clear that no one in the Arab world cares as much about helping Palestinian suffering as they do about eradicating Israel.

About 700,000 Palestinians fled their homes during the 1948 war, and they and their descendants are still in refugee camps. No Arab country will grant them citizenship. Palestinian refugees in Jordan, Syria and Lebanon, are routinely mistreated and have little to no possibility of achieving citizenship.

As a result of the establishment of the State of Israel treatment of Jews in Arab countries forced about a million to flee. Not one of them is still a refugee. Israel absorbed about 700,000, and relatives in the US and other countries sponsored the rest as immigrants.

Are we to blame for taking care of our own even as the Arab nations who claim to care about Palestinians get a free pass? There is no real interest in helping the Palestinian refugees; only in using them as pawns to convince the world that Israel is the bad guy. Over this past year, hundreds have been killed, and tens of thousands forced out of their homes in Yarmouk, a Palestinian refugee camp in Syria. Has Hamas or any other Arab country done anything substantial or at least raised an outcry in any way similar to the way they are reacting to Gaza? No.

How did the Palestinian people merit such awful leadership? The same people who claim to care so much about them, set them up.

By recognizing Arafat and the PLO as the legitimate voice of the Palestinian people in 1974, the worldâ€Šâ€”â€Šled by the UN, ensured that nothing substantive would be done to alleviate Palestinian suffering and that we would still be in conflict today. Accepting radical terror organizations with a murderous track record as rightful representatives of a people is an extremely efficient way of silencing voices of moderation. Conferring legitimacy on Arafat and the PLO effectively taught the average Palestinian that terrorism is the only way forward.

Think about it. Imagine if, after 9-11, the UN would have granted Bin Laden status as the rightful representative of Afghanistan. Would that have encouraged or discouraged terrorism as a way of achieving objectives? Would not the average Afghanistanian concluded that terrorism is worthwhile? Would the US have accepted that situation? What if Bin Ladin had softened a bit and said he would accept the United States right to existâ€Šâ€”â€Šwould that have stopped the US from killing him?

It shouldn’t be this complicated but when it comes to Israel there is an incredible double standard.

Lob hundreds of rockets at civilians but kill very few due to ineptness plus a robust Israeli defensive system? No one says boo.

Get tired of your citizens having to duck in and out of shelters because rockets are raining down on them, so you try to root out the cowardly terrorists hiding behind women and children? Much of the world is horrified!

It is all right for the Palestinians to engage in terror because they are fighting for their survival. As if we are NOT fighting for survival?

It makes sense, in a warped sort of way, that the UN and Arab countries must keep condemning Israel as an evil empire. To do otherwise would force them to confront how they have betrayed the Palestinians. But what about the average citizens of the world, why do they fall for this?

Two reasons. One, anti-semitism. You can’t deny it anymore the rhetoric is everywhere; many who claim to be anti-Zionist or anti-Israeli are in fact anti-Semites. Two, people today do not want to be confused by silly things like facts and logic. Like a sport they don’t care much about, they’ll automatically root for the underdog. And the underdog is defined by whomever appears to be weaker at the moment.

In either case what is truly bothering them is not Palestinian suffering. It’s that not enough Jews are dying.