Death to the Jews! 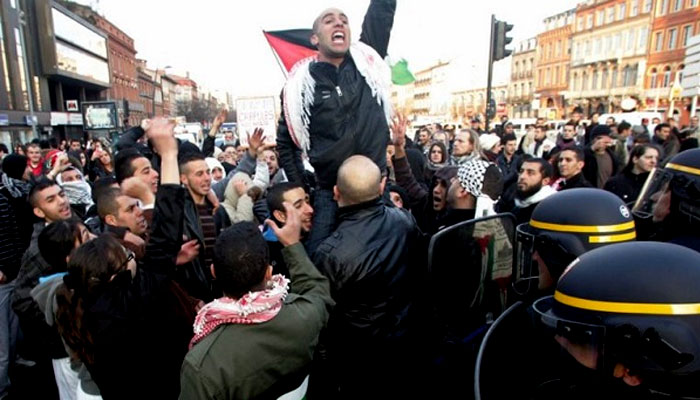 That’s what 100s of anti-Israel rioters yelled in Paris today as they attacked the synagogue de la Roquette (yeah, really). If that wasn’t enough, they also threw a molotov cocktail a the synagogue while Jewish worshippers were trapped inside. By the time police arrived 20 minutes later, 4 Jews were injured according to Le Monde Juif. Rioters also surrounded the Don Yitzchak Abarbanel Synagogue in the 11th arrondissement of Paris on Sunday, and threw rocks into the house of worship. A large police force had to be called in to extricate Jews stuck inside.

These attacks took place after a day of anti-Israel protests in Paris which ended on Bastille Square, with people throwing projectiles onto a cordon of police who responded with tear gas. The unrest was continuing early Sunday evening.

So yeah. When they tell you anti-Israel doesn’t mean anti-Jewish… let them know they are full of shit.