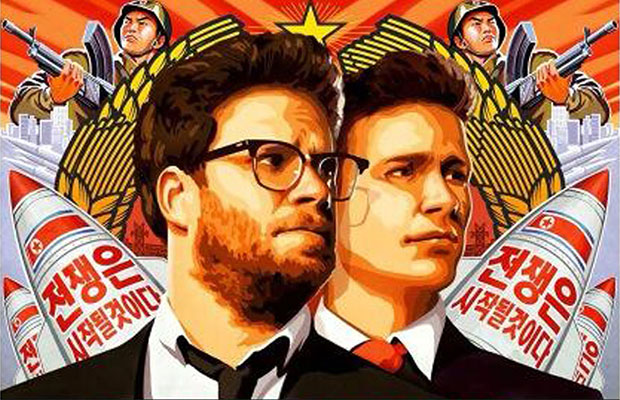 Why is the tyrannical leader of North Korea unhappy? Well, it’s about Seth Rogen and James Franco’s new action/adventure/comedy movie, The Interview. In this film, set to be released next October, “…Dave Skylark (James Franco) and his producer Aaron Rapoport (Seth Rogen) run the popular celebrity tabloid TV show “Skylark Tonight.” When they discover that North Korean dictator Kim Jong-un is a fan of the show, they land an interview with him in an attempt to legitimize themselves as journalists. As Dave and Aaron prepare to travel to Pyongyang, their plans change when the CIA recruits them, perhaps the two least-qualified men imaginable, to assassinate Kim Jong-un.” The premise is interesting and seems entertaining as far as I can tell and judging by the trailer:

But the Supreme leader, or whatever he calls himself, is less than pleased. To say the least. The North Koreans have called the film a “wanton act of terror”. The North Korean government has promised a â€œmercilessâ€ retaliation against the United States if The Interview, a film that is the work of “gangster moviemakers” and “an act of war,” is released. Yesterday, the North Koreans took it up a notch and publicly released the contents of a letter to UN Secretary-General Ban Ki-moon. The letter from North Korea’s U.N. Ambassador Ja Song Nam, dated June 27, does not mention the name of the movie but talks about a plot that “involves insulting and assassinating the supreme leadership.”

To allow the production and distribution of such a film on the assassination of an incumbent head of a sovereign state should be regarded as the most undisguised sponsoring of terrorism as well as an act of war … The United States authorities should take immediate and appropriate actions to ban the production and distribution of the aforementioned film; otherwise, it will be fully responsible for encouraging and sponsoring terrorism…

Seth Rogen has yet to thank Kim Jong-un for all the free publicity.