Cruz and Bieber Both Get Booed 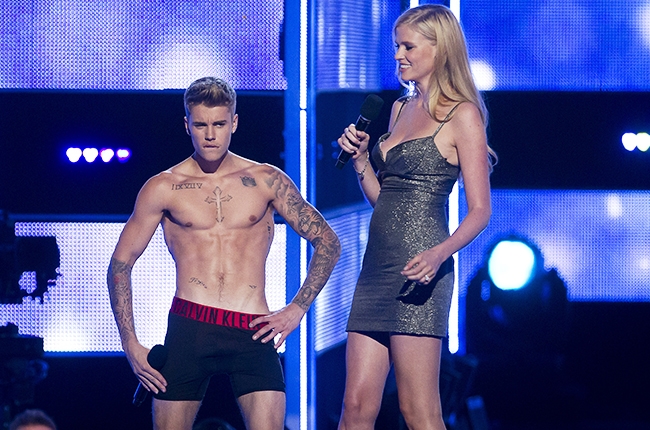 Justin Bieber, performing in New York City at “Fashion Rocks,” and live on television, was booed by members of the audience. He responded by plugging Calvin Klein and awkwardly stripped down to his underclothes.

U.S. Senator Ted Cruz (Republican, Texas) spoke at a gala hosted by In Defense Of Christians in Washington DC. The group seeks to raise awareness of the persecution of Christians and religious minorities in the Middle East. When Cruz said, “Christians have no greater ally than Israel,” he was booed. “Let me say this: Those who hate Israel hate America. And those who hate Jews hate Christians. And if this room will not recognize that, then my heart weeps,” Cruz said as the audience’s heckling started to increase. When the rancor did not end, he walked off the stage after saying, “If you will not stand with Israel and the Jews, then I will not stand with you. Thank you and God bless you.”

After being booed and walking offstage, Senator Cruz said, “I told the attendees that those who hate Israel also hate America, that those who hate Jews also hate Christians, and that anyone who hates Israel and the Jewish people is not following the teachings of Christ,” said Cruz in his statement issued after the event. “These statements were met with angry boos. I went on to tell the crowd that Christians in the Middle East have no better friend than Israel. That Christians can practice their faith free of persecution in Israel. And that ISIS, al Qaeda, Hamas, and Hezbollah, along with their state sponsors in Syria and Iran, are all part of the same cancer, murdering Christians and Jews alike. Hate is hate, and murder is murder….Anti-Semitism is a corrosive evil, and it reared its ugly head tonight.”

In Defense of Christians President Toufic Baaklini said, “…a few politically motivated opportunists chose to divide a room that for more than 48 hours sought unity in opposing the shared threat of genocide, faced not only by our Christian brothers and sisters, but our Jewish brothers and sisters and people of all other faiths and all people of good will.”

Some Cruz foes wrote that Senator Cruz was well aware that many Middle Eastern Christians are not fans of Israel and they would react to his speech by booing, and that he exploited the event.