How My Grandmother Prevented a Civil War, by Haggai Segal: A Book Review 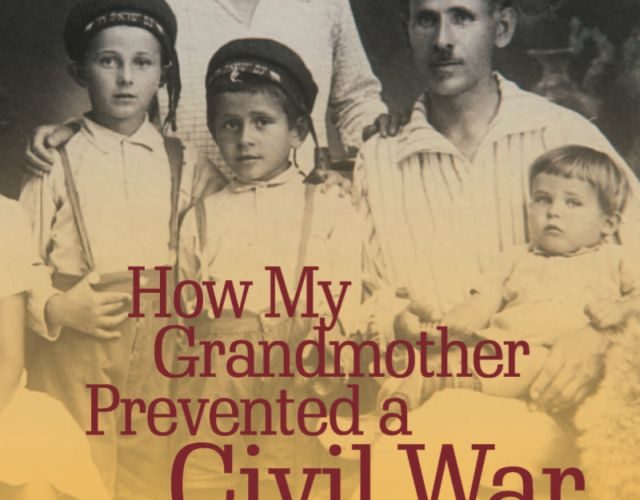 How My Grandmother Prevented a Civil War, by Haggai Segal, translated from Hebrew by Diana File and Len Schramm, 384 pages, Gefen Publishing House, 2014. 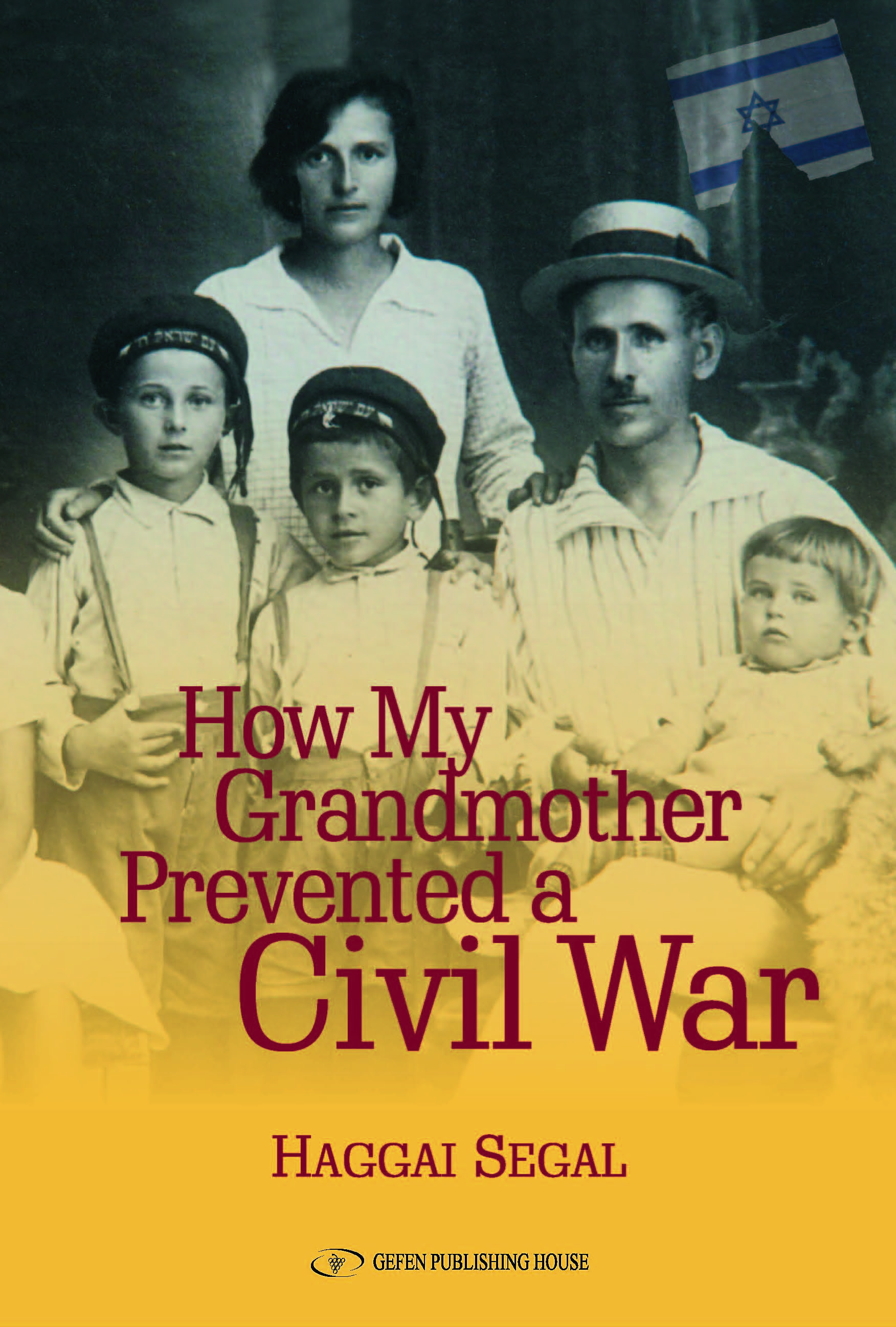 How My Grandmother Prevented a Civil War offers a number of interesting anecdotes and stories about the author’s family going back to his grandparents, as well as touching reminiscences about his late uncle Yedidya, who was murdered by someone in shady circumstances in January of 1948, just before Israel’s independence.

But I read it looking for an exciting, if at least interesting, story about what the author’s grandmother actually did to prevent a civil war from breaking out in Israel and was left disappointed.

Haggai Segal is the editor of a conservative Israeli daily newspaper called Makor Rishon, which is popular with religious Zionist Israelis as well as other people on its right wing. He is clearly still living with the pain that his family felt at the loss of his uncle more than sixty five years ago and it shows in his writing. The author was a member of the Judea and Samaria regional council as well as the so called West Bank Underground of the 1980s about which he has also written a book.

Mr. Segal’s political affiliation is rooted in his family’s personal history. His uncle Yedidya was a young fighter with the underground EZL military movement just before Israel’s independence. That organization was led by Menachem Begin and followed the tenets of the Revisionist Zionist leader Vladimir Zeev Jabotinsky who had died in 1940. Its name was an acronym in Hebrew for Irgun Zava Leumi – The National Military Organization. 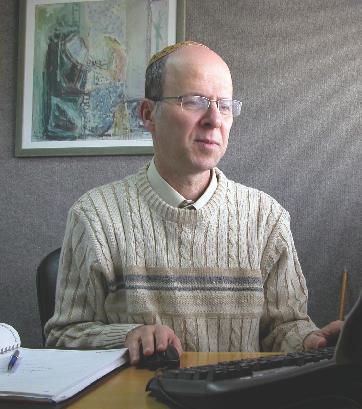 Yedidya was murdered at some point after having been taken prisoner by the rival Haganah, the precursor to Israel’s Defense Forces, at the height of a bitter dispute between the Labor establishment which ran the de facto pre-state government in Israel and the rival Revisionist camp.

I will not get into a whole history of that movement and the feud which raged between the Revisionists and the Labor establishment in Israel from the 1920’s through decades after Israel’s independence. Suffice it to say, the wounds of that conflict cut deep and are still felt by some to this day.

But Israeli politics have been completely transformed with its Labor Party having abandoned its socialist roots to become more like America’s Democratic Party. Not counting the Arab parties, the political left in Israel has less than 20% of the seats in the Kneset today, where it once maintained an absolute majority held by several socialist parties for decades.

Israel’s Conservative Likud Party was formed by Menachem begin and the acolytes of Jabotinsky on Israel’s political right who held to the mantra of “two banks of the Jordan River.” This meant that all of what is now Jordan should still become part of Israel simply because it was arbitrarily included in the mandate territory that the League of Nations gave the British after World War I in which to create a Jewish State.

Today, not only has Israel’s right wing given up on that dream, but the Likud itself has been transformed into more of an Israeli version of America’s Republican Party. Its leaders have even accepted the inevitability of a Palestinian state to be established in at least most of the West Bank.

For Israelis today to continue to keep the old feud alive is just plain silly. It is comparable to Americans continuing to hold animosities to one another over their country’s Civil War.

Unfortunately some still do and hopefully in the near future it will have all become ancient history.

Yes it is true that the Labor establishment used bully tactics to keep the Revisionist movement down, such as breaking up its political meetings in the country with violence. Yes it did unfairly characterize the right wing as thugs, fascists or even terrorists simply because it was not socialist and stood for pushing for independence from the British more and fighting over what type of political/economic system the country would have less.

And it is also true that the Labor establishment worked to keep the right down and even discriminated against its members in the workplace for the first thirty years after Israel’s independence.

Unfortunately, that became the focus of this book, rather than the story of Mr. Haggai’s family and his uncle’s murder.

It was necessary to provide the background and the context for what happened to his uncle. But Mr. Haggai goes too far, using terms like “demagogue” to describe David Ben-Gurion.

He also follows the right wing party line that the British only got fed up and left Israel because of the “revolt” against their rule, as Begin described it, which included attacks on military targets such as the blowing up of the King David Hotel in Jerusalem.

I’m sorry to burst anybody’s bubble, but those acts were only the tip of the iceberg, as it were. The Labor establishment had engaged for years in a tedious diplomatic campaign led by Haim Weizmann to get the international support needed for the U.N. to ultimately approve the establishment of Israel. The acts of violence committed by the EZL and its more violent offshoot called Lehi hurt those diplomatic efforts.

Also it was the Labor establishment which created the Haganah military force which became the corps of the Israeli Defense Forces after independence, without which the Jews in the country would never have been able to defeat the invasion forces of five different Arab nations.

As for the British, they were already giving up their empire. They had withdrawn from all over the Middle East and had granted independence to countries like Egypt, Jordan and Iraq before they left Israel. The British had also given up what was once known as the jewel in their monarch’s crown, India.

For the British, leaving the country was an inevitability. The only issue to be decided was if the world would support the establishment of a Jewish state there.

The reasons for Yedidya Segal having been abducted and held hostage by the Haganah In January 1948 dated back to what became known as the “Saison,” short for the French term “la saison de chasse” (The Hunting Season). It began in 1944, in response to the assassination of the British Lord Moyne in Cairo by members of an extreme group that had broken away from the EZL known as the Lehi, a Hebrew acronym for The Freedom Fighters of Israel.

They killed Lord Moyne, the British Resident Minister of state, because he opposed the establishment of a Jewish State. The murder, at the height of World War II, left the leadership of the Jewish community in fear that such acts would kill the Zionist movement. They therefore decided to take action against all of the fighters affiliated with the right wing EZL and Lehi groups, rounding them up and imprisoning them for various periods of time.

These roundups or arrests or kidnappings, depending on your point of view, continued over the next four years as EZL and Lehi continued to attack the British military in Israel. The Labor establishment saw itself as the democratically elected leadership of the Jewish community in the country and as such empowered to take action against the violence that was being committed, which they felt hurt the Zionist cause.

There was a genuine fear that killings and kidnappings of British soldiers and even the outright murders of innocent Arab civilians in some cases could have undone all of the hard work done by the Jewish community in Israel and the entire Zionist enterprise of the previous sixty plus years.

The followers of Jabotinsky, however, saw these arrests as a politically motivated vendetta enacted by a group that was, in their view, collaborating with the British occupiers. Also, while most of the people taken prisoner were held in underground jails by the Haganah, some were turned over to the British. This was an unconscionable act in the minds of many as the British had already executed a number of EZL and Lehi fighters.

Jews turning Jews over to a non-Jewish occupier to be imprisoned or even killed was seen as the ultimate betrayal. So in response the EZL took some Haganah members hostage. This of course led to more reprisals against its members by the Haganah. The country really was on the verge of a civil war before Menachem begin and the Labor government agreed to have the EZL forces join the country’s new army as independent units under their own commanders.

This was the backdrop for the death of Yedidya Segal. I won’t ruin the book for you by giving over too many details. In short, he was taken by the Haganah as a hostage in an attempt to force the EZL to release one of their prominent members who was held by the EZL. Yedidya died sometime thereafter. His body was found near an Arab village after the Haganah had told Yedidya’s family that he had been released.

Did the Haganah kill him? Did they deliberately leave him somewhere that they knew was unsafe for Jews in the months before the British left the country for good in May 1948?

Or did they honestly release him from custody and then something tragic happened thereafter?

Haggai Segal is convinced that the Haganah murdered his uncle. I, however, was not convinced by his book. Segal’s clear biases clouded his arguments. Also, the statements by people brought forward are far from proof.

If you can get past the political rhetoric and not mind the fact that the stories told here are disjointed and do not seem to be in any order, then you might enjoy the story of the Segal family. There are also some interesting stories about Yedidya himself.

Also, regardless of who did what, it is certainly undeniable that Yedidya Segal would never have been killed if he had not been held hostage by the Haganah.

I just wish that Hagai Segal had provided us with a more objective and more coherent account of his uncle’s death and life.

Oh, and in case you were expecting me to reveal what exactly Mr. Segal’s grandmother did to avert a civil war in Israel, what kind of jerk do you think I am?

Read the book if you want to know.

To order How My Grandmother Prevented a Civil War, click here.