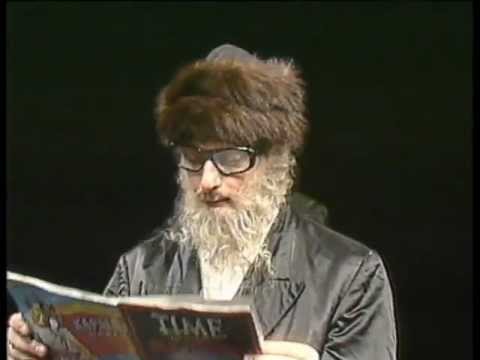 Selichot are special prayers for forgiveness that are recited on fast days as well as during the period just before Yom Kippur. These prayers are generally recited just before dawn as the Jewish mystical tradition considers God especially close at this time. Selichot services are meant to allow worshippers to examine their deeds and misdeeds of the past year as they seek forgiveness from God, while promising to behave better in the coming New Year. Ashkenazi Jews generally begin Selichot from the Sunday before Rosh Hashanah until Yom Kippur. Sephardic Jews however say Selichot from the second day of Elul – that means almost 3 weeks of predawn services at the Synagogue! Maybe this is to make up for the fact that unlike Ashkenazim, Sephardim can eat Kitniyot (rice, legumes etc.) on Passover thus resulting in a more gastronomically comfortable and delicious holiday, but what do I know?

One of the oldest and most well known piyyutim (liturgical songs) of the Selichot service is “Adon Ha Selichot” or “Master of Forgivings.” No one knows who wrote the song, but it’s popularity might be attributed to it’s basic simplicity. The verses praise God in a number of different ways, while the chorus pointedly states “We have sinned before You, have mercy upon us.” The Sephardic version also benefits from a catchy tune. It’s not unusual to hear techno / autotuned versions of the song blasting from cars driven by swarthy young men at night in Israel. In the Mizrachi world, “Adon Ha Selichot” is a classic standard that has been covered innumerable times.

One such cover, not released by a Mizrachi artist, was a hit in 1990 off the first album by Nikmat Hatraktor (Tractor’s Revenge), a Tel Aviv band. Nikmat Hatraktor was cited as a “revolutionary band that fused modern Israeli sound with age-old Middle Eastern themes” thus paving the way for other artists to do the same. I had to assume that the initial motivation behind the band’s cover was more ironic than devotional after seeing the video for the original version. The 80’s influenced video portrayed Haredim, Yemenite Jews and even Israeli soldiers in a less than flattering way. This was perfectly in keeping with the historical and even current Zeitgeist in predominantly secular, leftist Tel Aviv that heaps ridicule on “dossim,” sees Mizrachi culture as inferior to Western culture and views with suspicion traditional Israeli institutions like the IDF (in light of the then ongoing war in Lebanon perhaps).

Fast forward 14 years and 7 albums later and Nikmat Hatraktor is a veritable institution in Israel, having worked with Batsheva Dance Company and Yossi Pollack’s Othello. Also many conventional and cutting edge Israeli artists are now incorporating Mizrachi influences into their music, most non-ironically, so much so that it’s considered hip in many quarters. As for “Adon Ha Selichot,” gone is the goofy 4-minute cover version – instead Nikmat Hatraktor usually close their sets with a far more soulful 10 minute + version that also includes a bit of El Nora Alila (God of Awe) another Sephardic piyyut from the Ne’ilah service that concludes Yom Kippur.

So enjoy Nikmat Hatraktor’s 13 minute “Adon Ha Selichot” which they performed at IndiNegev in 2011. The familiar refrain begins 4 minutes into the song. It’s long but it’s awesome and there’s no techno, no auto-tune and no swarthy youths. All is forgiven Avi.