Steven Salaita is a Tenured Professor?! The Shame of Academia

3 Comments
by wendy in furs
100 Views 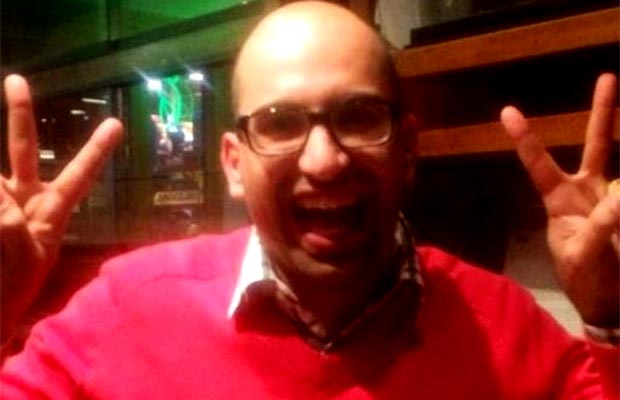 A prominent BDS activist professor of Palestinian descent by the name of Steven Salaita has become a centerpiece in the fight over Israel on campus and the right of universities to prevent a hostile environment for students.

Who is Salaita? He’s a “scholar” who writes lousy books about Israel and Palestinians, filled with nasty insinuations about Israelis and their supporters (no, I don’t mean Arab Israelis). His field of research is Native American Studies. It appears someone invented a subsection of this field dealing with colonialism, so he has found that if he twists things just enough, he can demonstrate parallels between American natives and Palestinians. He seems to have forgotten, of course, that Jews lived in Israel and Judea 1500 years before Arabs arrived on the scene… and that many Palestinians actually come from nearby countries (no, I don’t mean Joan Peters style, I mean before then, but close enough to our time that it undermines the whole “indigenous” lie).

Salaita earned tenure at Virginia Polytechnic Institute and State University where he has been teaching for some years (and apparently receiving positive student reviews). Last year Salaita applied for and was offered a new position at University of Illinois Urbana-Champaign which was supposed to begin this year. There is a lag between being offered a position and actually beginning the job in the next academic year, so Salaita had to complete his final year in Virginia before moving to UI.

And then the Gaza operation began. Salaita subsequently kind of went insane on Twitter and began hurling vile insults.

It so happens that when one is offered a position at UI, the hiring is dependent upon final approval of the university’s board of trustees, which is a real requirement but in most cases a symbolic one. It also happened that Salaita asked to delay his start date by a couple of weeks. Of course, as the summer was unfolding Salaita’s horrendous tweets demonstrating his rabid hatred of Israelis and their supporters saw the light of day and people in Illinois took notice. By the way, a couple of these tweets appear to me to be clearly antisemitic and definitely a threat to those students whose views on Israel differ from his, but there is a small army of BDS supporters (of course) who spend a great deal of energy claiming the tweets are “ironic” and just fine. Of course, these are BDS supporters, so they live in another universe filled with lies and an obsession with Israel that leaves the hundreds of millions of real victims of human rights violations wishing their enemy was Israel.

As word got out in Illinois about Salaita, the board of trustees and the university president, Phyllis Wise, began to receive emails from students, parents, faculty and donors asking to rescind his offer. A couple of donors threatened to pull funds in these emails (I saw four such emails and they were already saying their donating days were over, presumably because they thought his hiring was a done deal). In one instance, Wise arranged a meeting with a prominent Jewish donor to the university. Normally, of course, this would be routine, but since the donor is affiliated with Hillel‘s board, despite the fact that whatever was said in the meeting is unknown, conspiracies abound that he pushed her to have the university dismiss Salaita.

At this point, at least, it seems the donor conspiracy with Wise doesn’t hold up because she has now publicly stated that the board had pushed her to take the next step. Two weeks before Salaita’s start date Wise sent him a letter informing him that the university was not extending the position. He was out of a job.

This became public quickly and there was suddenly a lot of yelling from within and without the university. After a couple of weeks of this, Wise wrote an open letter explaining her reasons, mostly emphasizing civility and allowing all students to feel comfortable on campus. A day or two later the board of trustees wrote a letter supporting her letter and actions.

And then the whole thing blew up nationally, led by BDS activists, of course, but also by many other professors and groups around the country claiming this is a violation of academic freedom and a very slippery slope.

A boycott of UI is evolving with some professors cancelling talks, a couple of conferences already cancelled, thousands signing petitions against the fact that Salaita lost his pending position (he had given notice at the other university, which, tellingly, did not offer him his old tenured position back) and some departments at UI voting non-confidence in their chancellor.

The letters, articles, emails, boycott and blogs have had an effect and Wise has begun to hem and haw in public. She isn’t changing her mind yet but now she’s claiming that the board told her that he wasn’t going to be approved and that’s why she let him go early, so that he wouldn’t actually spend the money to move to Illinois. She also admits she wishes she had conferred more with other members of the university before letting him go. In other words, she is publicly passing the buck to the board.

That’s the background. But that’s not what I wanted to discuss. What troubles me is that this man received tenure in the first place and was published by serious presses.

His book, “Israel’s Dead Soul” is a political polemic, not an academic work, and it stinks. I mean, it is moronic. Yet, it got published. The Vice-Chancellor for Academic Affairs and Provost of University of Illinois had to read Salaita’s work and in a letter to the Chancellor, described it as serious scholarship. And, of course, the Native American Studies department hired him over, presumably, other candidates.

I understand the Native American Studies department, or at least I’m giving them a pass, because they’re probably all leftist lunatics and the department’s head is a key figure in pushing the BDS movement in academia. He played a prominent role in the American Studies Association’s decision to boycott Israel, as did Salaita, so while there is no evidence of collusion here, it was probably at a minimum very helpful to Salaita that Warrior, the head of the department, was his BDS buddy. It also probably helped that in his cover letter for the position, Salaita sucked up to Warrior by stating that his work had a tremendous impact on Salaita’s scholarship.

If I were Warrior, I wouldn’t take too much pride in this, however. Here are some key quotes from Salaita’s work:

Hillel and other Jewish civic organizations render themselves distinctly responsible for Israel’s violence by proclaiming themselves guardians of the state’s consciousness,” he writes. “Moreover, they perform a nonconsensual appropriation of all Jewish people into the service of state policies that render the culture indefensible along with the state policies that are said to arise from the culture. It is never a good idea, even through the trope of strategic essentialism, to link an ethnic group to a military apparatus. Such a move automatically justifies discourses—in this case anti-Semitic ones—that should never be justifiable.

Oh, I’m sorry. That wasn’t very nice of me. What I meant is that Steven Salaita’s scholarship raises profound questions about his ability to write, his ability to research and his ability to comprehend any information that he comes across, much less read it critically and objectively, if it involves Israel and those Jews who aren’t in his political corner.

That’s what I would hope somebody somewhere would say about this crap. Instead, Salaita earned tenure, was hired by a new university for a tenured position, was published by university presses, was respected as a serious scholar by other scholars, was praised by the provost of University of Illinois Urbana-Champaign and has been given a great deal of respect by fellow BDS activists. Unbelievable. The world is insane.

Anyway, don’t take my word for it. Here are three articles that outline some of what I’m saying. Make sure you read them, because this material is astounding

Life on campus is brutally hard for Jewish students these days, unless they openly side with Israel’s haters. It’s one thing to blame it on BDS and other anti-Israel activists, but the Salaita case demonstrates what many of us who worry about life for Jewish students on campus these days have been saying for years, which is that the entire atmosphere has become corrupted and borderline antisemitic. The environment on many campuses is interfering with Jewish students’ ability to have a normal college experience. They are under attack. What the Salaita case demonstrates is that this isn’t only happening because of anti-Israel professors and their leftist colleagues but rather it is happening with the collusion of the entire institution and, in fact, in academia broadly. It is happening with the participation of everyone from those who hire him to the provost to the publishing presses. How could they let this through? How could they bring someone like this man to a position of power over students whom he holds in such contempt? How?

I suspect that Salaita may actually end up getting this job because according to some legal scholars, he has a reasonable legal case. Other scholars disagree, so we will see what transpires soon enough However, the University of Illinois is under great pressure and may cave in in some way.

There may be a small opening left to stop his hiring if the board of trustees learns a little more about Salaita’s scholarship. After all, they do have final say and if they can demonstrate that it wasn’t donors or even campus civility which concerned them but the fact that the university was hiring a shoddy scholar whose work included hateful screeds, then upholding his un-hiring will be valid and likely to lose if contested in the courts.

Also, once more information gets out about Salaita’s work, many of his defenders will have to stop the line of defense that speaks about his “first-class” scholarship because, let’s face it, nobody wants egg on their face. It’s one thing to fight for academic freedom, but for a man who justifies antisemitism?

There is an upcoming meeting of the board where apparently they will evaluate Salaita’s candidacy for the first time (they didn’t have to previously because Wise didn’t officially present him). As you may imagine, there is a massive letter writing campaign going on with both sides, but the pro-Salaita side probably has far more supporters because, let’s face it, Jews are always outnumbered except in Israel, but also because the notion of academic freedom is one that many academics who disagree with Salaita can get behind.

If you feel like writing letters to the trustees encouraging them to become familiar with these articles above, please do so. Do it politely, of course, because so far they have done the right thing and have been the only adults in the room. We can only hope that once they see this additional evidence, they will uphold their original decision not to extend a position to Salaita.

Go on. Drop them a line or at the very least consider sharing this on Facebook, twitter or whatever your fave social media is at the moment.