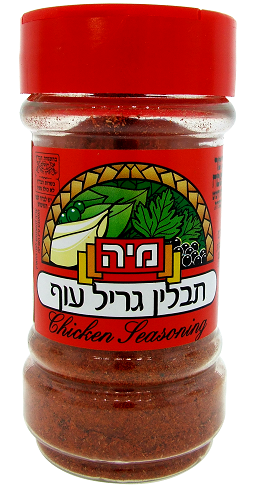 Earlier this week, Jeffery Goldberg wrote in THE ATLANTIC that a senior White House official said that Israeli Prime Minister Binyamin Netanyahu is a “chickenshit.”

The thing about Bibi is, he’s a chickenshit,” this official said, referring to the Israeli prime minister, Benjamin Netanyahu, by his nickname.

This time, it wasn’t David Stockman who squealed to The Atlantic. It was probably a purposeful act by the Obama Administration.

The anonymous White House official intimated that the Obama administration is red-hot angry with Israel’s settlement policies and Netanyahu’s open, publicly expressed contempt for Obama, and the possibility that changes in the US-Israel relationship would be coming.

Why would a White House staffer share this information with a reporter prior to the November mid term Congressional elections? Why would an anonymous Obama administration official hint to Middle East negotiators that they should wait and possibly get a better deal when the U.S. pressures Israel more?

How bad is chickenshit? Is it worse than being called horseshit, bullshit, or batshit. Should we go ape-shit over this reference? I heard that many Israeli newspapers translated the “chickenshit” as “pachdan aluv,” which would mean a lowly coward.

I think the real coward is the Obama Administration which expected an Israeli politician to act like a saint who would make bold moves, and not as a politician with a Knesset bloc to worry about. As The Washington Post opined yesterday, Administration officials show “a very shallow understanding of Israeli politics. The most telling such comment is when an Obama Administration official in 2012 made the nonsensical assertion that Netanyahu is “essentially a Republican.” Charitably, this means that at least some in the Administration think about Netanyahu as a political enemy, which, moreover, is consistent with a remark made by Obama to Jewish leaders in 2008, to the effect that being pro-Israel doesn’t mean being pro-Likud, which happens to be Netanyahu’s party. Uncharitably, it means that the nuances of Israeli politics, even the fact that you absolutely can’t coherently map Israeli politics onto American political divisions, are completely lost on them.”

The White House did not make a formal apology. It added fuel to the excrement by saying, “The Israeli approach to expanding settlements is damaging to efforts to reach a two-state solution.”

Somebody is going to have to clean up this mess, and it isn’t going to be a Kibbutz volunteer from Sweden in the chicken coop.

White House on chickenshit comment: “Comments like that do not reflect the administration’s view, and we do believe that they are counterproductive,” White House press secretary Josh Earnest.

“I realize that two allies … are not going to agree on everything, but I think it is counterproductive and unprofessional for administration officials to air their dirty laundry in such a public way.” – a “shocked” Rep. Eliot Engel (D-NY), House Foreign Affairs Committee.

“It reflects genuine, deep disagreement and that the relationship may be irreparable between the two leaders,” Natan Sachs, Brookings Institution Center for Middle East Policy.

[This is the latest chapter in] “the most dysfunctional relationship ever between a U.S. president and as Israeli prime minister. You’ve had some very salty exchanges over the past several weeks,” Aaron Miller, Wilson Center