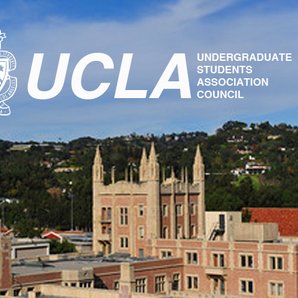 As the world mourned for those in a Jerusalem synagogue who were butchered and murdered without mercy, UCLA’s undergraduate elected student government voted 8-2-2 to pass a resolution that calls for the University of California to divest from any U.S. public company that is involved in the West Bank or Gaza.

As you may recall, last February, the meeting of the Undergraduate Students Association Council lasted about 12 hours and included 9 hours of debates on the issue from several sides. Tuesday night’s meeting lasted four hours and included about 90 minutes of comments only from students that supported the divestment resolution. Some speakers mentioned their dislike of drone attacks, gender rules of UCLA bathrooms, and the evil side of capitalism in their public comments on the resolution. The roomful of supporters snapped their approval. Pro-Israel students purposely boycotted the meeting as a way to delegitimize UCLA’s BDS movement.

Negeen Sadeghi-Movahed said that voting for the resolution was the morally right thing to do. Negeen represents transfer students. She is a leader with the Iranian-American Women Foundation and
the United Nations Association’s youth advocacy program in Southern California.

During the public comments, one student stated that nine members of her family were killed in Gaza this summer. She said that passing the resolution would help her to not have to worry about her remaining family members.

Avinoam Baral, an Israeli-born UCLA student and the current President of the Council was sorry and frustrated that as USAC president he was not able to comment or vote on the resolution. He recently was elevated to President from the position of vp, when then former President resigned

Representatives from Hillel at UCLA, J Street U, and Bruins for Israel made a special 15 minute presentation in which they explained their opposition to the polarizing student resolution. They felt that the resolution misrepresented the views of the majority of the student body. Bruins for Israel, led by Eytan Davidovits, said that more than 2,000 undergrads had signed a petition opposing the resolution.

A separate special USAC presentation was made by Students for Justice in Palestine. They supported the resolution. One member, Ayesha Khan, stated that, “No UCLA student should be forced to funnel their tuition to the killing of their own family.”

As the USAC met, UCLA’s Alpha Epsilon Pi (A E Pi) fraternity hosted several pro-Israel and Jewish students in an alternate meeting. It was publicized as a safe environment for positive discussions. The frat event began with a memorial that honored the lives of all those killed in Israel and Gaza over the summer. Their talking point was that they sought to “reinvest” positively in the campus community and not divest or have a student government focus on complex global issues.

In other California news, Ami Horowitz – a filmmaker and affiliate to Fox News – traveled to UC-Berkeley and made a video attempting to show that a person who supports ISIS would be ignored, but a supporter of Israel would be cursed.