The Founding Fathers of Zionism by Benzion Netanyahu: A Book Review 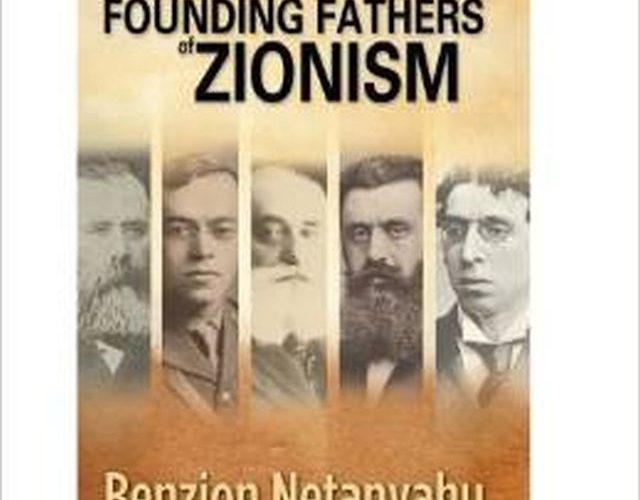 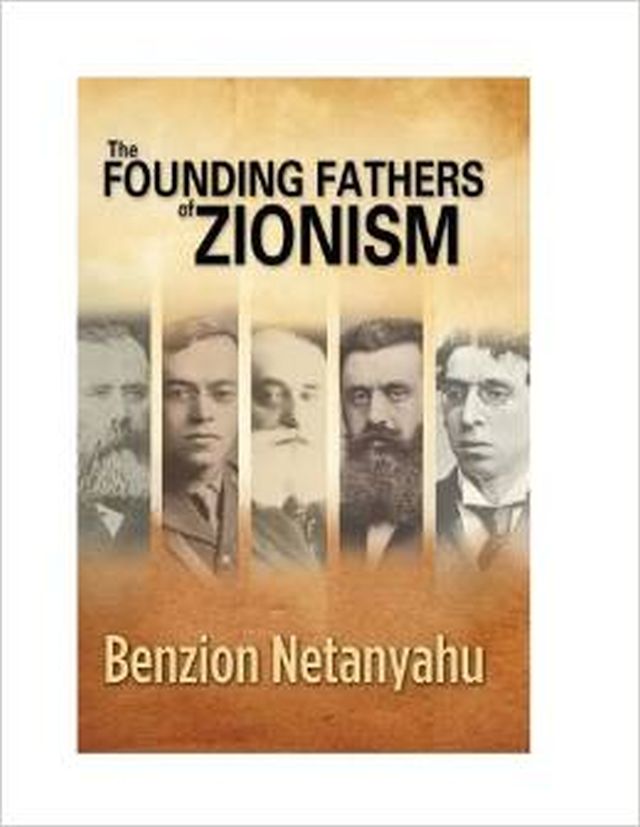 –
Benzion Netanyahu, the father of Israel’s current Prime Minister Binyamin Netanyahu, was a renowned scholar of Jewish history with a specialty in the history of the Jews of Spain. Living to the age of 102, the elder Netanyahu was an editor of the Hebrew Encyclopedia and a professor at Cornell University. He was also a close confidant of the leader and founder of Zionism’s Revisionist movement Ze’ev Jabotinsky.

Born Benzion Mileikowsky in Warsaw in 1910, Netanyahu came to Israel with his family in 1920. He left for America in 1940, in part because his revisionist politics made him a target of both the British and the Jewish Agency in Mandatory Israel. There he completed his PhD at Dropsie College in Philadelphia, where he would teach from 1957-1966. He also taught at the University of Denver and Cornell.

“The Founding Fathers of Zionism” was first published in the year that Netanyahu died.

The book is a collection of five essays about significant Zionist leaders, Leo Pinsker, Theodor Herzl, Max Nordau, Israel Zangwill, and Ze’ev Jabotinsky. The names sound like a list of streets that can be found in the downtown areas of all of Israel’s major cities.

While not everyone will agree with Netanyahu’s historical assertions, all readers will certainly agree that his essays were well written and highly informative.

This book is not for beginners. Readers should have at least a general idea of its subjects and the history of Zionism before reading it. But it does offer a concise explanation of these Zionist leaders’ philosophies and contributions to the establishment of Israel.

It may be hard for some to believe today, but until World War II many people who were significant in the Zionist movement did not believe that all or even most Jews in the world should settle in the Jewish State. The ideas and plans put forward ran the gamut from only having a small Jewish autonomous community in Israel, to just having a Jewish Renaissance worldwide without any settlement in Israel.

People like Ahad Ha’am, Simon Dubnov and many more would never be called Zionists today. But the reality of the Holocaust changed everything and the two extremes of the Jewish religion, the ultra-orthodox and the Reform, both accepted Zionism in some form as a result of it after almost a century of opposition to the idea of a Jewish State.

Netanyahu pointed to the irony that the Zionist movement came out of Autocratic Russia and the countries that it controlled in the 19th Century such as Poland. Zionism has been called the ultimate form of nationalism. But the Czars worked tirelessly to suppress any form of nationalism from taking root within their empire. This was due to a fear that subjugated nationalities, from the Ukrainians to the Lithuanians, would seek independence.

Indeed, through to the end of that century many European nations, such as Serbia and Romania, won their independence from The Austrian and Ottoman Empires.

Russia was also still the most anti-Semitic country in Europe as far as how its rulers viewed and treated the Jews. As Netanyahu wrote, “Russia hated Jews long before she knew them. “ This was in part due to the heritage that the country, “received from Byzantium together with Christianity and its governmental system.”

Western and central Europe, however, saw more enlightened political policies with the Emancipation. Jews were freer there and nationalism was more acceptable. But it was exactly because of their new freedoms and a belief that things would only get better that the Jews there did not feel a need for Zionism. The Reform there even worked to do away with the concept of a Jewish nation and opposed the Zionist movement.

This was the reality in which Leo Pinsker lived. As Netanyahu wrote, if Pinsker (1821-1891) had lived anywhere else but Russia he would never have concerned himself so much with the preservation of the identity of Jews as not just a religion but a nation as well.

Pinsker wanted a World Jewish Congress long before Herzl succeeded in creating one. But his legacy allowed Herzl to do just that since he was able to take advantage of Jewish organizations that already existed all over Europe thanks to Pinsker.

Netanyahu gave Leo Pinsker a great deal of credit in Herzl’s achievements and pointed to Herzl as the former’s natural successor. This, even though, unlike Herzl Pinsker never came around to the idea that there would need to be an independent Jewish State someday in Israel.

“It was a leader like Herzl that Pinsker dreamed. It was to a movement like his that he aspired, and it was the line of action followed by Herzl that he considered the only one capable of leading to the realization of the Jewish hopes,” wrote Netanyahu.

This is maybe why the Herzl essay is juxtaposed right after the Pinsker one; even though, it was written four years earlier. It is not a mini-biography. The essay, rather, deals with the question of why more than thirty years after his death the same people who previously denigrated Herzl’s positions had already adopted them, and how Herzl became known as the father of Zionism by 1937 when it was written.

To find out the answer you must read the book. But I will reveal that Netanyahu pointed out that Herzl differed from the Zionists who proceeded him, such as the members of Hovevei Zion, in that he believed that working towards a Jewish State as soon as possible was paramount.

Hovevei Zion, while working at building new Jewish settlements in the Holy land and the bringing of Jews to live there, did not have any timetable for the eventual establishment of a Jewish State. It believed that by establishing a new Jewish community there that would grow over time they would lay the groundwork for an autonomous community which would eventually become an independent state.

Herzl demurred and worked at lobbying the Turks who still ruled the country then to gain some area in Israel, no matter how small, as a recognized Jewish zone with legal standing. He argued that without a legal basis of some sort that recognized a right of Jews to have the land there, then any settlement would be precarious, relying on the largesse of a foreign power like the Ottomans.

Such legality would come thirteen years after Herzl’s death during World War I with the famed Balfour Declaration.

Netanyahu did for some reason proclaim that by 1937 the concept of an independent Jewish State in Israel had already been universally accepted. Again, many Jews themselves like the Reform and the ultra-orthodox did not believe this until after the Holocaust and certainly the world community was not yet convinced of this at the time.

Professor Netanyahu wrote the Herzl essay with the Peel Commission Report in mind. Released earlier in 1937, that report called for a partition of the country which would have left the Jews only half of what they acquired in the 1947 UN partition plan.

It was quite controversial amongst the Jewish community in Israel at the time with many calling for its rejection as a betrayal of the promises that had previously been made by the British and the League of Nations Mandate. Netanyahu distinguished the plan from Herzl’s attempts to get the Turks to establish a Jewish zone just in Acco in northern Israel. Herzl, Netanyahu explained, would have used whatever small territory granted as a starting point for a Jewish State. This was also more than twenty years before the League of Nations Mandate was established.

The Peel Plan, however, would have meant forever giving up on any territory left outside the areas granted to the Jews in the partition.

The section on Herzl is followed by one on Max Nordau who worked with Herzl directly. Like Herzl, Nordau had a conversion experience, as it were, when he first adopted Zionism. When vacationing in Belgium, Nordau found a note left for him just about everywhere that he went, from hotels to restaurants. The notes all said basically the same thing: Jews were not welcome there.

In this essay Netanyahu gave a concise explanation on how Nordau evolved into the writer and thinker which he became. It includes descriptions of his childhood and how his father, a writer and teacher, struggled to feed his family.

Then there was Israel Zangwill, a British author who coined the term “melting pot.” The author of many books and a personal friend of figures like H. G. Wells, Zangwill was an adamant supporter of the establishment of an independent Jewish State in Israel.

Perhaps, in his view, Netanyahu saved the best for last in concluding with an essay from 1981 about Ze’ev Jabotinsky (1880-1940). The godfather of modern Israel’s political right and its current ruling Likud Party, Jabotinsky saw very early on that the British were planning on reneging on the promises which they had made to the Zionist movement. The military leaders who they appointed to govern Israel were clearly anti-Semitic and in no way sympathetic with the Zionist cause.

Jabotinsky tried desperately to get Haim Weizmann to acknowledge this and to cease relying on the legal validity granted Zionism by the Balfour Declaration.

Unfortunately, Jabotinsky was no socialist. I say this because the socialist and communist groups dominated the Jewish Agency which governed the Jewish community in Israel under British rule. They had no patience for anyone who did not agree with their plans for a socialist state in the country.

For them, Jabotinsky was a heretic simply because he put an emphasis on working first and only for the creation of a Jewish State and worrying about what political or economic system it would have later on. 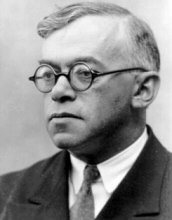 Ironically, they also dismissed Jabotinsky’s calls for crating jewish defense forces both in Europe and in Israel. Long before Ben-Gurion and his people established the Haganah, Jabotinsky promoted the training of Jews in Israel to protect themselves from Arab attacks.

It is unthinkable today that the founders of the State of Israel would have decried attempts at Jewish Defense and the establishment of a standing Jewish army as being the ranting of a militant fascist and unnecessary. But that was exactly the case.

Those same people never acknowledged Jabotinsky’s contributions to the Zionist endeavor. They certainly never admitted that he, like Winston Churchill in the late 1930s, sounded the alarm about a looming threat that needed to be met.

For his efforts Jabotinsky and his followers were persecuted by the Labor Establishment for decades before Israel’s independence and decades thereafter as well. Ze’ev Jabotinsky was exiled from the country by the British and died in New York in 1940.

All five of the above men shared two things in common: they all dreamed of some form of Jewish State and they all died before seeing their shared dream realized.

If I whet your appetite for reading it, then Netanyahu’s book will certainly leave you hungry for more information about its subjects.