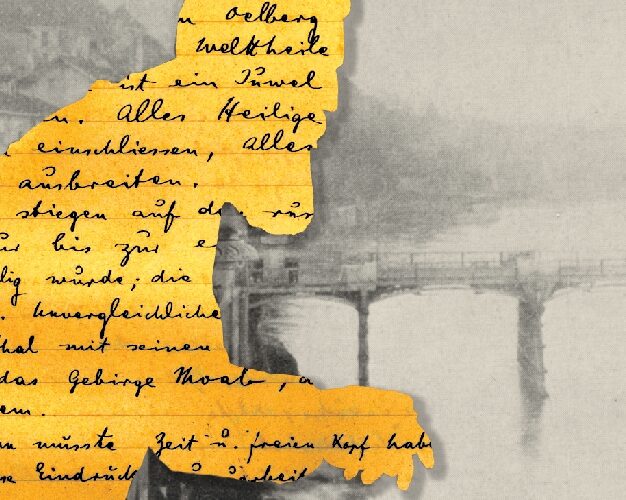 If you grew up in the American Jewish community and went to either a Hebrew school, Modern orthodox school, or Conservative Solomon Schecter school, or went to just about any Jewish summer camp, then you learned all about Herzl.

He was and still is as the greatest Jewish figure of the modern era. Even though he was fully secular, the orthodox day school and high school that I attended as a child growing up in New York taught their students all about him.

Jews do not celebrate the birthdays of their heroes in the way that so many nations in the world do. But if we did then Herzl’s birthday would surely have been made into a national holiday in Israel.

While he was not Israel’s first leader, Herzl is rightly called by some the George Washington of that nation. This is because his contribution to its establishment was not only significant, but without it Israel probably would never have come into existence.

This being the case today, we tend to forget that in the forty four year period between Herzl’s death and the establishment of the State of Israel, many Zionist leaders were actually critical of him. Some even went so far as to claim that he did not deserve to be credited with greatly advancing the Zionist cause and believed that he may have done more harm to it than good.

Theodore Herzl: A New Reading, deals specifically with these aspersions which were cast in the past by people over Herzl’s legacy and are even being brought up again today by so called “post-Zionist” thinkers.

First it should be pointed out that this is an excellent translation from the original Hebrew. Many times a translated work leaves the reader feeling like he has been conversing with someone who learned his language in reverse. But File and Schramm certainly earned their pay here with an English that feels like it was written naturally.

Having not read the original, though, I cannot comment on how faithful this translation is to the original text.

Plenty has already been written about the life of Theodor Herzl. Too many writers today, including university professors, have made an industry out of rehashing already known facts about historical figures and rehashing them into new books. How many times can the same thing be written over and over again about Kennedy, or Churchill or even Hitler.

Fortunately that is not the case here. Georges Yitshak Weisz certainly had a great many new incites to share in his book on Herzl. This is not a general biography and is more suited for a reader who already has at least a beginner’s level of knowledge about the Zionist leader.

Weisz begins by dispelling the myths surrounding what he calls, “The tale cliché of the Dreyfus Affair.” Popular wisdom has it that Herzl underwent a conversion experience of sorts when the French army officer was tried and convicted of treason by his homeland. During the trial Herzl was shocked, as the legend goes, at how even in the late 19th Century in a modern enlightened democracy such as France the population exhibited unabashed levels of anti-Semitism at seeing the Jewish Dreyfus accused of treason.

This, it is traditionally told, enraged and inspired Herzl leading him to adopt the Zionist cause.

Not so argues Weisz. Herzl was always a Zionist, he maintains. The author gives an extensive account of the activities of Herzl and the events which he had experienced over the 30 years prior to the Dreyfus case in 1895. These activities are somewhat astonishing to any reader who believed that Herzl was not concerned with his Jewish identity or that he was completely assimilated into Austrian society beforehand.

Another myth that Weisz debunks is that Herzl gave serious thought to the notorious Uganda plan, or that he ever even considered that the Jewish State should be established anywhere other than Israel.

The Uganda plan refers to a proposal made before World War I to give Jews an area of land in central Africa in which to establish a Jewish State. It was extremely controversial at the time since, obviously, it would not be located in Israel where a number of Jewish groups had already begun to settle the land.

“From Herzl’s perspective the Land of Israel was not an abstract concept but a reality that he too dreamed of,” writes Weisz. “It was the land of Israel that drew Herzl’s gaze and monopolized his attention.”

“In Herzl’s mind the historical relationship between the Jewish people and their land was also a matter of law and justice.”

So Herzl was devoted to the Land of Israel, never seriously considered the Uganda Plan but only saw it as a tool for furthering the Zionist cause, and was already a committed Jew long before the Dreyfus Affair.

Weisz also gave plenty more examples and details, but if you want to know what they are then you will just have to buy the book.

I also won’t give any platform to the crap said by the so called “post-Zionists” by repeating any of it here nor will I even mention any of their names.

So if you already have a basic knowledge of Herzl’s life and want to read something new about him then this is the book.