Islamic Terror and Islamophobia: Thoughts from Israel in the Wake of the Charlie Hebdo Massacre 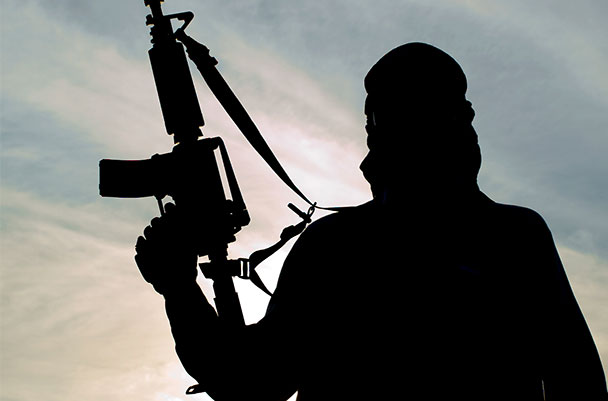 As I write these lines, the trail of murder and violence continues to stain Paris with blood in a series of hostage taking situations motivated by radical Islam. From fascism in the early 20th century to Stalinism in the latter half, Democratic societies have faced down totalitarian threats before. We’ll survive this one as well. Jihadist Islam is only the latest in a series of brutal ideologies that sanctified the use of terror in an endless quest for power. And like its illustrious political forebears, Jihad is threatened most by diversity – religious, cultural, political or intellectual. Diversity gives the lie to totalitarianism’s warped sense of reality and forged historical paradigms. Diversity is what has empowered democracy to build the most creative and industrious societies on earth. And diversity is what has helped democracy triumph over authoritarianism, whether in armed conflict or on the battlefield of ideas.

It is precisely here that Islamophobes get caught up in the web of their own ignorance. Pam Geller, the diva of dumb in modern American xenophobia, argues that Islam itself – not some extremist expression of it – is “an authoritarian and supremacist political system” and should therefore be denied the protections of religious freedom. A self-proclaimed expert in theology and classical Islam who cannot read a word of Arabic, Geller traces the problem back to “the Quran and Sunnah as understood by Islamic jurists.”

If Geller and her ilk are correct, then Judaism itself is suspect. From Maimonides and Ibn Ezra through Rabbi Ovadia Yosef, Islamic culture has been a crucible of Jewish civilization. Could some inherent intolerance, common to Judaism and Islam, explain the 29 Moslems murdered in Baruch Goldstein’s bloody Hebron rampage, the grenade and shooting murders of Islamic students by the “Jewish underground” in 1983 or the latter’s foiled plans to detonate 5 busses full of Arab civilians? Is it an “authoritarian and supremacist political system” that has prompted vandalism and arson attacks on 34 Moslem and Christian holy sites by the right wing Jewish extremists in recent years? Obviously not. To generalize from the acts of extremists to the essence of Judaism itself would be as anti-Semitic as Geller’s fulminations are racist. Religion, the uncensored repository of both the worst and best products of civilization, has always been an accessible tool for those driven by dark and violent impulses in the satisfaction of their own blood lust. And it has served with equal distinction as an inspiration for liberals and humanitarians.

Democracy can coexist with different cultures, as John Dewey explained, and derives sustenance therefrom. Islam is no more inimical to freedom than the Catholicism which produced Torquemada and Francisco Franco, the Russian Orthodoxy that engendered bloody pogroms, the Shintoism of Hirohito or the caste ridden culture of Hinduism. And yet democracy prevails today in Madrid, Tokyo and New Delhi and, one we may hope, the Russian intellectual tradition of Andre Sakharov will yet overcome the scourge of Putinism. Islamic societies, to be sure, have a long way to go if they wish to expunge the medieval detritus of religious hatred. Anti-Semitic diatribes and conspiracy theories enjoy a frightening degree of public legitimacy and official patronage in Moslem countries, as a perusal of MEMRI’s extensive catalogue of racist screed from the Middle Eastern media will sadly bear this out. But the kulturekampf must be waged, first and foremost, by Arab and Moslem democrats themselves. Highlighting ethnic antagonisms by libeling their cultural heritage is no way to help them along.

The Charlie Hebdo massacre should be a wakeup call to France, just as 9-11 was to the US and London underground bombings were to the UK. Tolerance for violence – any violence – is an invitation to mayhem, and the war on terror must be as persistent as it is ruthless. Clerics who advocate violence must be locked up without regard to religious sensibilities. And the battle cannot stop at the borders of France. It must be prosecuted as long as El Bagdhadi roams freely in Iraq, Nasrallah rules south Beirut, Heniya crawls the tunnels of Gaza and the Taliban shoot school girls in Afghanistan.

But to identify violence with Islam itself is a strategic mistake of historic proportions. The godfather of Middle Eastern terrorism was none other than George Habash, a Greek Orthodox Christian who sang in a church choir in his youth. Habash, who pioneered the art of airplane hijacking, massacred 29 people at Lod Airport and took the hostages at Entebbe, was a self-proclaimed Marxist Leninist, the same ideology that turned Eastern Europe into a huge jail cell and whose Maoist offshoot was responsible for mass genocide in Buddhist China and Cambodia. Habash’s partner in planning the Lod Airport attack was Fusako Shigenobu of the Japanese Red Army Faction. The German Baader Meinhoff terror gang was not Islamicist. Nor was the Venezuelan Catholic born arch terrorist Carlos the Jackal. In the war on terror, Islamophobia is a dangerous diversion, and Islamophobes no more than useless parasites.

As the free world mourns the victims of the Paris massacres and prays for the hostages, democrats around the globe must join hands in a common effort to crush the purveyors of violence. And above all, they must redouble their efforts to build and tolerant societies, the most important cultural line of defense against terrorism.

Guest post by Sam Shube. Sam Shube has worked in Israel’s third sector for 25 years. A resident of Jerusalem, he writes extensively on public affairs and Judaism, in both Hebrew and English.