Man Shot On Shabbat Over a Non Kosher Beer 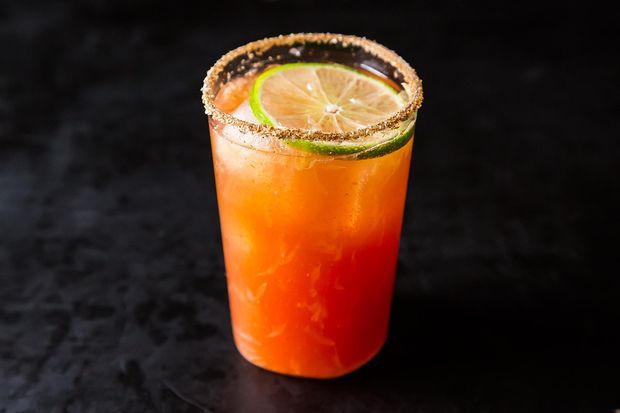 DATELINE HAMILTON MONTANA, 47 miles South of Missoula: Monte Leon Hanson, 59, (pictured below) was arrested in Montana and charged with “attempted deliberate homicide” after he shot his bartender (who is also his friend and neighbor) on Shabbat for allegedly serving him a non-kosher “red beer.” A red beer is a beer with tomato juice.

The shooting victim, Joe Lewis, 39, a bartender at the Rainbow bar, allegedly used Clamato juice to make the red beer, which is a mixture of tomato juice and clam broth. Clams – and their broth – are not kosher, and Hanson said that he was angered that he was served a non-kosher drink.

A verbal exchange transpired at the bar. Hanson, inebriated, went home, and for four hours, allegedly planned to kill Lewis. When Lewis arrived back the their apartment complex and went out to walk his dog, Hanson reportedly shot him and the lame dog. The dg was recovering from recent surgery, and it sacrificed its life to save Lewis. Coincidentally, the the day’s parshah referred to sacrifices.

Some might find it illogical to break Sabbath rules in order to murder a dog and attempt to murder a man for an un-kosher drink. The shooting occurred at 3 A.M. last Saturday. Hanson’s bail was set at $250,000. He is being defended by Ron Piper, the area’s public defender. Neighbors are raising funds…. not for Hanson, but for his victim, Mr. Lewis, to get him a new red nose pit bull terrier.

Mr. Hanson identifies as Jewish. It is unknown whether he is affiliated with Hamilton’s Beth Haderekh messianic congregation, or perhaps Congregation Har-Shalom in Missoula, or hopefully, nowhere at all.