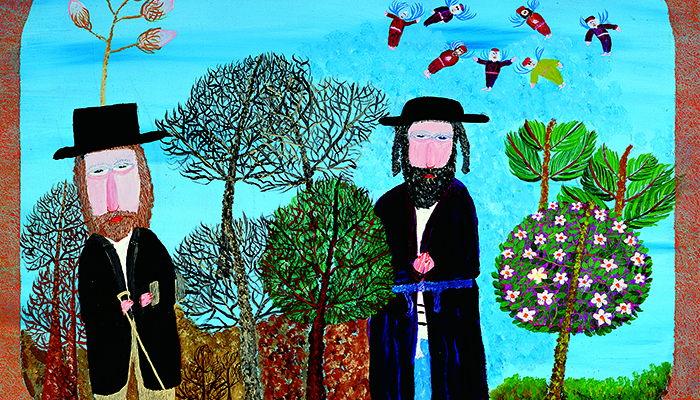 It was the night of June 16, 2015, James Joyce/Leopold Bloom’s Bloomsday to some, the night before Ramadan to others, and to about 3,000 in Manhattan, it was the first NYC Summerstage cantorial fest. Offer Nissim this wasn’t.

Heavy rains abated just in time for a free concert that joined together several famous NYC area male cantors with a half a dozen styles: Avraham Fried, Yanky Lemmer, Netanel Hershtik, Lipa Schmeltzer, Joseph Malovany, and the members of Zusha, a neo-Chasidic band. Nachum Segal served as MC. The apparel of the singers differed as much as their musical stylings.

Yiddish Soul: A Concert of Cantorial and Chassidic Music was part of an eight day festival called Kulturfest NYC. It was a celebration of the 100th anniversary of The National Yiddish Theater Folksbiene (NYTF).

The finale, courtesy of Studio12h

For dozens of other Yiddish films, concerts, and arts events in NYC that are part of KULTURFEST this week – including events with the Isle of Klezbos, Theodore Bikel, Gimpel the Fool, and Andy Statman – please visit HERE