4 Ways to Advertise to Jewish Millennials 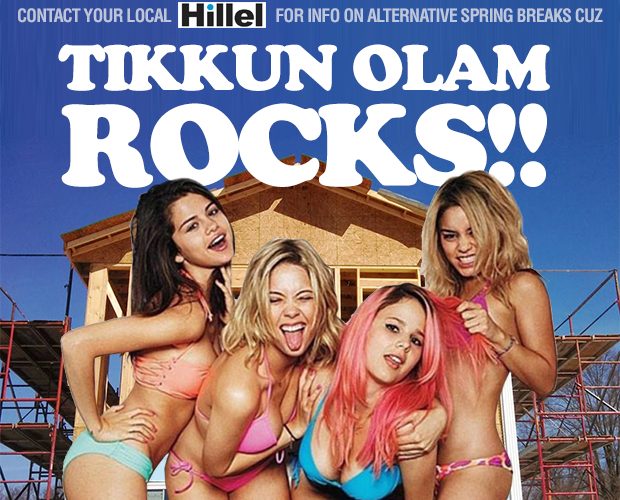 Mark Duffy is a freelance copywriter with over 20 years of experience. He has also blogged about advertising for over 10-years on his Copyranter blog, and had the distinction of being BuzzFeed’s oldest employee when he worked for them for 18 months last year. He’s garrulous and cantankerous but he’s one of those guys everyone in the industry reads, but never admits it. He recently wrote an illuminating post for Digiday titled Copyranter: How to advertise to millennials – which if slightly modified, could be applied to Jewish organizations who are always trying to resonate with “those elusive, flitty 18- to 34-year-olds…”

Duffy’s observations spot on: “…I’ve been sitting back and watching and shaking my head at all of you clueless brand managers as you flail and fail in your efforts to woo Gen Y. Your main mistake: you need to stop trying to “persuade” them to buy your product. They have no patience with you — or anyone else — telling them what to do. They are savvy digital natives, and you are not.” Just change “brand managers” to “Jewish Federation executives” or “Jewish Foundation Leaders” or whatever Jew boss epithet you prefer. Duffy offers 5 solutions that may help.

1. Boomers Hate Us
Baby boomers are people born during the demographic Post–World War II baby boom between the years 1946 and 1964. They’re the ones that brought us dirty hippies and elected Reagan. Duffy suggests you just “…slap that copy line on every piece of ad communication you produce.” Duffy contends that:

I think in the Jewish context, you might want to be a bit more subtle. Simply claiming that boomers hate what you have to offer may not work, but strongly implying it would probably work quite well. How would you do that? Imagery that includes beards and tattoos perhaps? Let’s see… Last August, the Washington Jewish Community Center hosted a young leadership event called the “Schmooze n Schmear” – the imagery was… a bagel and the text was the same lackluster verbiage attached to bagel brunches since time immemorial. And check out all the exclamation points!!

Meet newcomers and old friends for brunch before the summer ends! We’re almost sold out- very limited tickets will be available at the door! We’ll have up bagels, lox, and all sorts of brunch goodies to welcome young professionals to DC. Whether you moved to DC two days ago or five years ago, come meet our fantastic community, other newcomers, and get information about some of the great stuff happening for Jewish young professionals in DC!

Millennials would hate this and Boomers would love it. How do you make Boomers hate a bagel brunch and thus attract your precious 18-35 young Jewish demographic? Maybe like this: 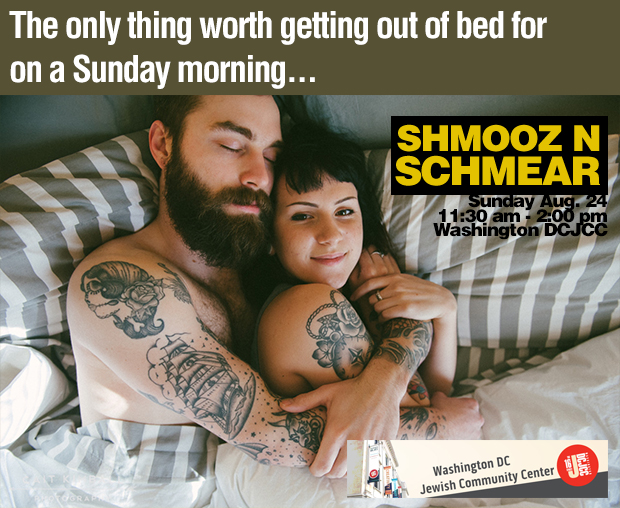 As an added bonus, Duffy suggests that your brand will further benefit from “…an increase in midlife-crisis-suffering Boomer customers out to show you that they’re ‘rebels.'” Sweet!

2. Give your product away, for free
In the Jewish world, we know how well that works thanks to Birthright Israel. Over 500,000 young Jews from 66 countries know that free stuff sells! Duffy claims that “Millennials want and expect to get things for free. They, somewhat rightly, feel that they are owed lots of stuff because of the shit world and economy the older generations handed to them.” The upside is that if you do give a Millenial something for free, he or she will post about it on Facebook, tweet it on twitter and pin it on Pinterest – instant brand ambassador! The downside? Giving stuff away for free diminishes the perceived value of the underlying product, and feeding perceptions of entitlement only fosters more entitlement. Young Jews who get their Judaism fed to them in lavish, all expenses paid, tiny bite sized morsels may lose the big picture – Judaism as a way of life that has served and sustained us for 1000s of years and that continues to be vibrant and relevant and worth perpetuating. Can you get that effortlessly? In ten days? 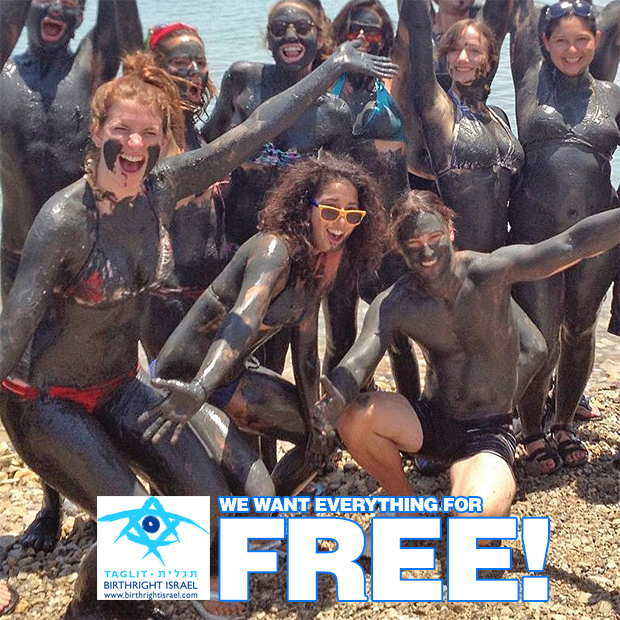 3. Be boringly humbly honest
Here Duffy notes that “honest brand slogans” are actually a thing in the branding world. He cautions however that “This is an approach you can try; just don’t do it as a joke. Don’t try to be clever or funny or dramatic or interesting. Millennials see right through that bullshit.” Ok. Fair enough. How would that manifest itself in the Jewish world? Let’s see. In Los Angeles they have a group for Young Adults called Yala. Get it? Young Adults LA, Yala – which is also Hebrew slang word for “Let’s Go!” Yala is a creation of the Jewish Federation of Los Angeles whose mission statement reads as follows: “Based on Jewish values, The Jewish Federation of Greater Los Angeles convenes and leads the community and leverages its resources to assure the continuity of the Jewish people, support a secure State of Israel, care for Jews in need here and abroad, and mobilize on issues of concern to the local community, all with our local, national, and international partners.” This Federation, cognizant of declining Jewish population, has an interest in developing the next generation of Jews who will volunteer their time and donate their money in continued pursuit of said mission statement. Yala is thus one of the ways that this Federation seeks to engage Millennials and turn them into future leaders and donors. The challenge is that according to recent studies, most notably Pew’s “A Portrait of Jewish Americans”, Millennials are, well, giving less and less fucks about things that are priorities in the organized Jewish community. They care less about Israel, they care less about religion and intermarriage and they are less affiliated with and involved in communal organizations.

Yala attempts to bridge this gap with cool and interesting programs and events. For instance, on July 12, Yala is hosting a Wine Tasting at Silver Lake Wine. The event is tastefully advertised and features a small batch winery and tasteful food pairings. Here’s the text: “Come join YALA’s wine cluster for a special tasting at Silver Lake Wine! Sunday, July 12, 3:00-5:00pm. Taste 5 different wines. 4 wines will be paired with small food plates. J Brix is a Mom & Pop California winery that will be doing a special presentation of their wines. Their wines will speak in their own voices. They adore the variety California has to offer, which means they find themselves compelled to make tiny quantities of as many different wines as they can… and, they try to add a new grape or style each harvest. Their motto, in winemaking and life: Only Love.” That’s a good deal, 5 wines, a little nosh, and the good company of other wine lovers (who are what? 2? 3? Generations removed from the Shtetl where their ancestors were happy to drink any Manischewitz-like rotgut they could get their hands on. SBut I digress). Now, what is this event really about? How would Duffy suggest we advertise it in order to appeal to Millennials? My guess is as follows: 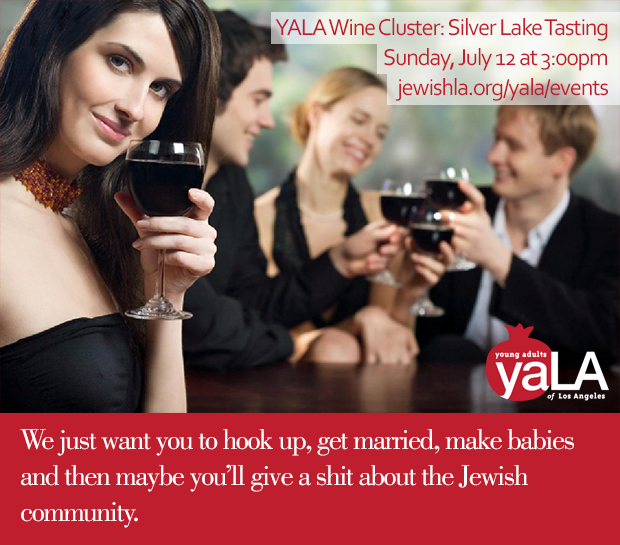 In fact, the “we just want you to hook up…” line can be applied to almost any Young Adult program run by any Federation, anywhere in the US and Canada. So why not just be straight up about it? According to Duffy, this will inevitably lead to more numbers.

As an aside, it’s interesting to note that the majority of the events listed on the Yala event page, even the Sabbath dinner event, aren’t kosher. I guess traditionally Jewish Millennials are going to be Jewish no matter what, so they don’t need young adult programs that they could feel comfortable attending.

4. Attach your product to an important social issue, even if it has nothing to do with your product
Yikes. This strategy is already being used by many Jewish organizations that target Jewish Millennials. I’m not going to get specific, but here’s Murphy’s take: “Selling dog food? Take on racism. Selling soap? Take on the empowerment of women. I don’t know… selling chainsaws? Take on stopping domestic violence, who cares if it makes no sense; millennials eat up cause marketing.” That’s right. Millennials are totally horny for cause marketing. You’ll see this sort of thing in organizations whose mission is “Tikkun Olam” – repairing the world. You’ll also find that alternative spring break programs are very popular at Hillels across North America. These programs generally last one week and while their goals are admirable, there is a sense that the main beneficiaries of these programs are not the disadvantaged populations that are visited but rather the kids going on these programs who expand their horizons, travel someplace exotic, and have a nice entry to add to their resumés. I mean seriously, who really thinks that a bunch of milk fed suburban Jewish kids are going to improve the US education system, chronic poverty, homelessness or third world hunger in 7 to 10 days? 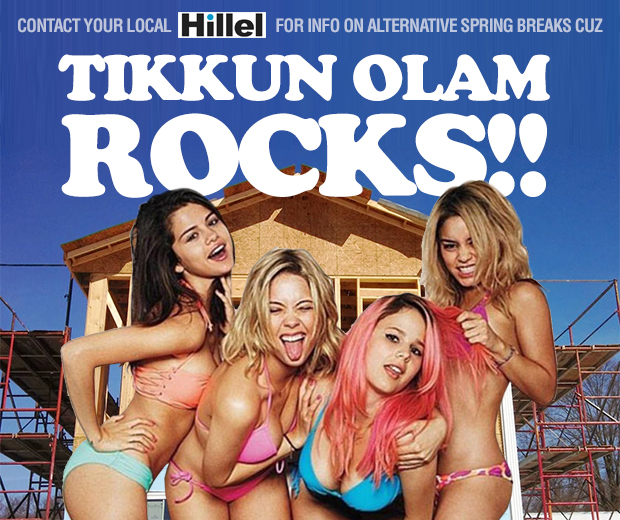 What advertising and / or engagement techniques do you think could work with Jewish Millennials? Leave a comment!