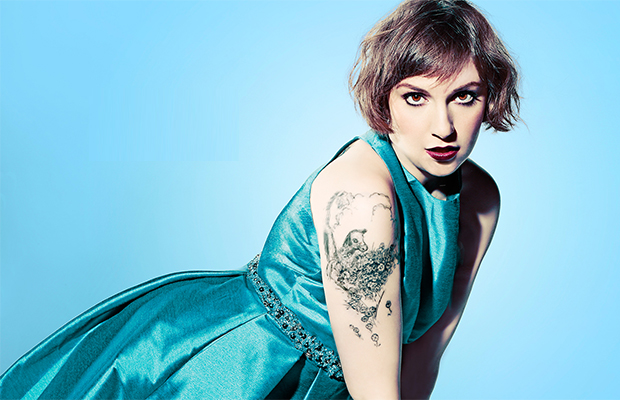 Failed political candidate Sarah Palin called her a pedophile. The ADL said her article comparing Dogs to Jewish men was “tasteless.” Now Lena Dunham, creator of the hit TV series Girls is leveraging her 28 years of experience and turning it into a newsletter. Yes, something that comes into your email box. Apparently this is now a thing given the success of Gwyneth Paltrow’s Goop – a newsletter featuring advice and musings from Gwyneth and an ecommerce Web site. Dunham is also aiming to be a lifestyle guru and her new venture will be called Lenny – named after a presumably generic old Jewish man.

And what will Lenny offer? Stale honey cake and pickled herring? No! At an interview with BuzzFeed, she stated that it will be a mix of “feminism, style, health, politics, friendship and everything else.” Like her bestselling memoir “Not That Kind of Girl” that did not shy away from any detail of Dunham’s life, Lenny’s tag-line is “there is no such thing as too much information”. Dunham’s partner on this project is her production partner and Girls showrunner Jenni Konner. Jessica Grose, formerly of Jezebel and Slate will take up the editorial helm and Lenny is set to eventually morph into a full ecommerce website featuring “ethical, affordable, and witty apparel and design items”.

Dunham derived inspiration for Lenny from her experience touring in promotion of her book. She noticed that young women were hungry and excited for a space that was simultaneously political, lighthearted, and antagonistic. “I literally heard girls being like, ‘How do you keep those pink streaks in your hair? … but also ‘Who are you going to vote for?'” Lenny, will be for a “an army of like-minded intellectually curious women and the people who love them, who want to bring change but also want to know, like, where to buy the best tube top for summer that isn’t going to cost your entire paycheck”. Dunham concluded that “With Lenny there’s no such thing as TMI, there’s no such thing as self-involved … We’ll be allowed to show the ugly and complicated thought processes that go into forming your own brand of feminism, and your own identity, because it’s not all clean back here.”

I’m not quite sure I know what that means but Dunham has her work cut out for her. Paltrow’s Goop had 150,000 subscribers in 2013 and was reportedly $1.6 million in debt in 2014. There are other obvious questions about this venture like do we really need a 28-year-old self styled guru? And what of Lenny’s loftier ideals? Guardian columnist Eleanor Robertson asks “Do we need Lena Dunham’s newsletter when feminism itself has been Dunhamised?”

Do young, intellectually curious women really require another friendly, middlebrow publication that centres their existing concerns and interests? Fun content of this kind is already everywhere. Dunham mentions that Lenny will involve “radical politics,” but given there’s little available evidence to suggest that she herself has engaged with ideas that are particularly challenging, I’m not sure where those ideas will come from… Mainstream individualist feminism has itself been absorbed into the cultural status quo: this is the state of affairs that allowed Dunham’s particular endeavours to become so popular…Characterising another product in this vein as new or exciting suggests that Dunham has drunk her own Kool-Aid, and believes that her ideas, and those she finds interesting, are what is missing from the offerings currently available. The truth is they’re not, they’re everywhere; the “Dunhamisation” of popular culture is progressing at a rapid clip.

What all this has to do with an old Jewish man however, is anyone’s guess.