Is Your Rabbi Jewish and Other Rabbi Tales 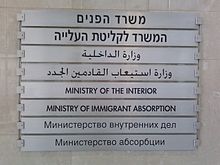 I was surprised to read about Rabbi Karen Deitsch in my latest issue of ELLE, the beauty magazine. In a profile titled “Is This The Face of New New Age,” Chip Brown profiled several spirit guides, yoga cults, mediums, and energy healers. People like Charlie Goldsmith of Melbourne, Australia, who says he can cure people using his mind; or Gabby Bernstein and Tavi Gevinson’s buddy and life coach, Louisa Androlia, who gives Tarot card readings and coaching sessions starting at $180. And then there is Rabbi Karen Deitsch, a Divine Guidance Counselor. According to ELLE, Rabbi Deitsch, a graduate of Hebrew Union College and UCLA, describes her technique as “based primarily of gifts as an intuitive (and) in an ancient Kabbalistic system of consciousness expansion and alchemy.” ELLE reports that they do not understand what that means, but that for eleven years the rabbi has helped people and power couples to “clear and transform, activate and create” for $200-$380 a session in Venice Beach. She also does weddings and simchas and conversions.

Speaking of conversions, luckily some rabbis in Israel only need a letter from another rabbi to prove that they are Jewish. They do not have to undergo a conversion.

Take for example the recent tsurris of Rabbi Danya Ruttenberg. Rabbi RUttenberg is a celebrated spiritual leader. She is married to an Israeli citizen, and her three children are Israeli citizens. In the past, she was named among the most influential rabbis in America by the Forward, and she was among NY Jewish Week’s prestigious 36 Under 36. Her memoir, “Surprised by God: How I Learned To Stop Worrying and Love Religion” was a finalist for the Sami Rohr Prize for Jewish Literature. Imagine her surprise while on her husband’s sabbatical year in Israel when the State of Israel’s Ministry of the Interior informed her that she would need a letter from a rabbi certifying the she was Jewish in order for her to extend her stay in Israel. On principle, she fought and fought, and presently, her tourist visa was extended for another three months. Rabbi Shaul Farber, a graduate of Yeshiva University, was also rejected, and had to prove his Jewishness. Rabbi Alan Abrams and his wife, Rabbi Minna Bromberg, tried to write letters for each other. Both were rejected last year by the Interior Ministry, since they were not recognized as rabbis. Luckily they knew someone with protectzia.