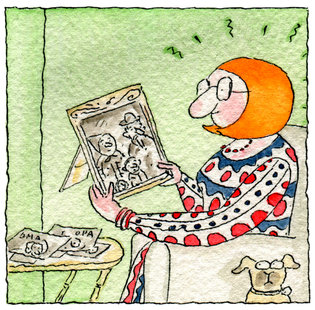 So much news of interest being generated:

The Gibor HaErev – Hero of the Evening – last night on Israel TV was Yair Ben Shabat, who used his nunchucks to aid in the neutralizaton of a terrorist on a Jerusalem bus. The assailant was later killed. Yair Ben Shabat was passing by a #185 line bus at 20:30 next to the Chords Bridge, when the assailant was attacking passengers and a soldier. Ben Shabbat, with his nunchucks in order to pry his gun away.

A reader of The New York Times Science section asks why some Ashkenazi Jews have the BRCA1 breast and ovarian cancer gene mutation. (graphic credit: NYT Victoria Roberts) C. Claiborne Ray responds that the specific mutation of the gene apparently arose in Central and Eastern European Jews around the time that just about 350 of the ancestors of modern Ashkenazi Jews were alive, according to a 2011 study of modern carriers’ DNA, published in The European Journal of Human Genetics. FASCINATING

Over in the international news section of The Times, Rick Gladstone irritated nearly every Facebook friend of mine, in his story on the Temple Mount in Jerusalem and how the “historical certainty” of the presence of a Jewish Temple is “elusive” to some scholars. The story incited a lot of criticism. So much so that on October 13, an Editor’s Note was appended to the story which read: “An article on Thursday, with the headline “Historical Certainty Proves Elusive at Jerusalem’s Holiest Place,” examined the scholarly debate about two ancient Jewish temples on the Temple Mount, a site sacred to Jews, Muslims and Christians. While the article laid out the history of the Jewish temples and the archaeological and historical evidence about them, the headline and a passage in the initial version of the article implied incorrectly that questions among scholars about the location of the temples potentially affected Jewish claims to the site and Israel’s broader assertion of sovereignty over Jerusalem. In fact, as the article was later corrected to clarify, the scholarly debate is a narrower one, focused on the precise location on the Temple Mount where the long destroyed temples once stood. All versions of the article should have made clear that the archaeological and historical uncertainties about the site — unlike assertions by some Palestinians that the temples never existed — do not directly challenge Jewish claims to the Temple Mount.

I wasn’t as irritated by the story above, as I was with the Sunday Times Style section essay by Elizabeth Weil, titled “The Unexpected Bat Mitzvah.” In it, Weil tells the tale of her daughter’s desire for a bat mitzvah ceremony. Weil had been raising her daughter without an organized religion, but did celebrate Jewish holidays with her parents, and Christian holidays with her husband’s parents. The essay appears confused and is more about the parents than the child; it contains some very immature – and anti-Orthodox – views on Judaism, and I was surprised it got published.

The essayist above appeared to be steeped in too much anti-Jewish mythology or injured by her own bad perceptions from her own bat mitzvah ceremony. Speaking of mythology, National Public Radio gave a nice shout out to to Matthew Kriseel, and his publication today of a debut novel KING OF SHARDS. It is part of an expected trilogy, and THE KING OF SHARDS concerns a Lamed Vavnik, and the Great Deep when billions of shattered universes: the Shards, float. Daniel Fisher – one of the 36 righteous – is abducted on his wedding day by the demon king, Ashmedai and thus starts the tale.

Another new release with lots of good reviews is Professor Ted Merwin’s Pastrami on Rye: An Overstuffed History of the Jewish Deli Pastrami on Rye is a history of the New York Jewish deli, and angry waiters, which was at its apex in the interwar era, when the children of Jewish immigrants downed deli sandwiches and cheesecake in theater district delis, and allowed suburbanites to sustain or maintain a connection to their Jewish/Yiddish heritage and identities. Speaking of deli, if you are in ASHVILLE, NORTH CAROLINA on Sunday, check out the 13th Annual HARD LOX JEWISH FOOD AND CULTURE FESTIVAL

On the topic of the loss and resurgence of good deli, Ruth Messinger, the leader of the the American Jewish World Service, announced today that she will step down from her position in Summer 2016. This follows but is not realted to the recent passing of Larry Phillips (Phillips Van Heusen), one of the founders of AJWS. Messinger, 74, a former political leader in NYC, transformed the size and image of the philanthropy; its annual donations from $2.8 million to 1998 to $60 million in 2014.

(also, Muscle Tough to Martin J. Whitman, 91, founder of the New York investment firm Third Avenue Management, who donated $3 million to American Friends of Tel Aviv University, to fund scholarships to minority students enrolled in the university’s M.B.A. program. The Whitman Family Center for Coexistence grew out of Whitman’s WWII service in the US NAVY. He was stationed at an ammunition depot in Hastings, Nebraska, one of ten white sailors out of thousands of black sailors, he said, “who were utterly mistreated in every possible way.” (During WWII, black soldiers were given jobs with dangerous, explosive stores of ammunition))

Speaking of transformations, Playboy Enterprises and Playboy Magazine announced that it will forego nudity and focus on stories, sort of like Maxim. The Jewish Telegraphic Agency pounced on this announcement in order to list the seven (7) Jewish women who were selected as Playboy Playmates in Playboy’s six-plus decades of publication. About 5.6 million monthly copies of Playboy were sold in 1975. Current circulation is about 0.8 million. Hefner’s one-time primary girlfriend, Barbara Klein, appeared as Barbi Benton (leave of the final “e” for Elul) in four Playboy issues.

Another transformation…. Yeshiva World News reported on a missing medical student on Long Island and NYC as Sukkot came to a close. Over 1,200 men and women joined in the search for the young man, and lines of them gathers to say prayers in a vigil. Perhaps miraculously, an unknown man in a wheelchair, found the disoriented missing student and sent him home to his parents. An unknown man in a wheelchair? Could it be??

On the eve of The Democratic Presidential Candidate debate, hosted by CNN, U.S. Senator Bernie Sanders gave an interview to The New Yorker I agree with Sanders that his Jewish upbringing and childhood should not be a factor and this incessant need to spill details on one’s youth is more about a media obsession than about good politics and civics. Nevertheless, Sanders finally shared some information on his Jewish family (but nothing about at which kibbutz he volunteered in ’64). Takeaways: Sanders said that two aspects of his upbringing had exerted a lasting influence. One was coming from a family that never had much money. And the other was growing up Jewish — less for the religious content than for the sense it imbued in him that politics mattered. Although he didn’t make the school’s championship basketball team — a deep disappointment — he ran cross-country. He recalls money being a problem and a big argument about affording drapes, and affording the electric bill.

Finally, in London, the Fair Admissions Campaign (FAC) of the Office of the Schools Adjudicator (OSA) has ruled that Hasmonean High School must amend its admissions policy and stop, cease, and desist, from asking the parents of prospective students about their sex lives. Asking whether the family follows the laws of kashrut appears to be okay, but the sexual behavior of the parents appears to be out of bounds.