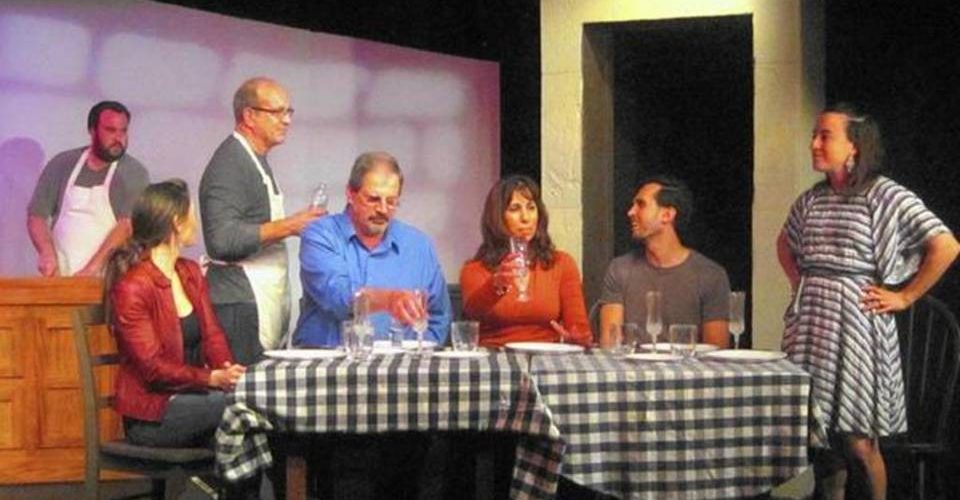 An Oxford University student newspaper reported this week that Alex Chalmers, co-chair of the Oxford University Labour Club (OULC) resigned from office after the OULC decided to endorse Israel Apartheid Week. In his resignation statement he wrote about his concerns, alleging that there were growing anti-Semitic tendencies in the OULC. The school’s jewish club agreed with his comments and cited additional anti Jewish incidents at one of the UK’s premier center of higher learning.

At Brooklyn College, late this week, some students interrupted a faculty meeting, called one professor a “Zionist Pig,” and called for an end to “racist classes.” Karen Gould, the university’s president, was angered by the “hateful anti-Zionist and anti-Jewish comments” made by students. She said their hateful comments were abhorrent. The students said that “characterization” was “a gross exaggeration,” and that “no comment of such a nature was made.” The said they made anti-Zionist statements, but not anti-Jewish ones. YEAH RIGHT. They also said tha tthe president of this City University of New York campus was forced to make a statement due to political pressure from Dov Hikind… as if she would not make such a statement on her own and was a mere puppet. The protesters called for free tuition, more diversity on campus, better safety (probably so that students can’t barge into faculty meetings). President Gould instructed the school’s Office of Judicial Affairs and its legal counsel to initiate an investigation of student conduct and to take appropriate actions based on their findings. Professor Yedidyah Langsam, chairman of the council, and of the computer science department, was the person who was reportedly called a Zionist Pig. “For the record,” Langsam said, “whether you are for Zionism or anti-Zionism, in today’s climate, [anti-]Zionism is a thinly veiled anti-Semitic remark. … Today the word is used as a politically correct way of anti-Semitism.” Professor Yehuda Klein, chairman of the economics department, told Capital New York, that he believed there was “an element of anti-Semitism” in the protest, saying, “I think there was an element of anti-Semitism that was conflated with their other economic goals … I’m not prepared to say they are all anti-Semites… There was applause from some of the faculty, but I think the faculty was more engaged in their economic demands.”

Speaking of lovely campuses and higher education, American Lawyer reports that Milbank Tweed, one of the most prestigious law firms, might be rethinking its gift to Harvard Law School after an anti-Israel event. A Harvard Law School student group, HLS Justice for Palestine, claimed that its stance on free speech and the Israeli-Palestinian conflict drove Milbank, Tweed, Hadley & McCloy to withdraw its annual funding for student-run activities at HLS. Harvard said that Milbank had not rescinded its $1 million-dollar / 5 year gift. It did say that the funds would now be administered the school administration and perhaps used differently. $500 in Milbank Tweed funds was used to buy pizza for a pro-Palestinian event, titled “The Palestine Exception to Free Speech: A Movement Under Attack”. No information was available on whether falafel was one of the pizza toppings.

Should you stop going to Harvard Law? NO!
York University is a different story. The Canadian Jewish News reports this week that the Friends of the Simon Wiesenthal Center for Holocaust Studies, a Canadian affiliate of the Holocaust studies center cautioned prospective students about enrolling in York University, IF the school’s faculty association becomes the latest group to join the YUDivest campaign, which calls on York’s board of governors to divest from investing in certain companies. The YUDivest Coalition consists of groups including Amnesty International at York and Students Against Israeli Apartheid (SAIA). Jewish community groups and some York faculty believe that although this campaign doesn’t openly single out Israel, it is part of a “backdoor” boycott, divestment and sanctions (BDS) campaign against Israel.

Speaking of sanctions, in light of South Dakota’s attempted sanctioning legislation restricting transgender rights, Jaweed Kaleem, in the Los Angeles Jewish Journal, reports on one rabbi’s take on transgender Jews in the synagogue sphere. Rabbi Tzvi Hersh Weinreb, executive vice president, emeritus of the Orthodox Union (O-U) discussed some classical Jewish thoughts on being transgender. Weinreb, a licensed psychologist in addition to his rabbinic training realizes that transgender people are diverse in how they present their gender and their transition process, and said, “A person who is a committed Jew but wants to live in contemporary society has to walk a fine line.” His points were that (1) nobody should reject a Jew from a religious congregation or community because he or she is transgender, (2) compassion must be encouraged, and (3) there are guidelines in our religion for how to disagree, but hatred is not okay. In an later email with the author, the rabbi added, citing “Dor Tahapuchot” by Rabbi Idan Ben Efraim, that “… in an Orthodox synagogue, where the genders sit separately, a trans-male should sit in the men’s section, and the trans-female should sit in the women’s section.” and that for those who are shomer negiah, concerned about touch, that a transgender person should be treated based upon how they present their gender, not the gender they were assigned at birth.

Speaking of birth… a play that was born has been canceled in Miami (pictured above). The Miami Herald reports that a JCC cultural theater in Miami has canceled performances of a play about Israel after members, patrons and donors said the play – which was supposed to spark conversations – has a message that was “inappropriate and troublesome.” “Crossing Jerusalem” – directed by Michael Andron – is about an Israeli family during the second intifada in March 2002. The situation has multiple families confront “long-held ideas, shared realities, deep secrets and the discovery of what’s really important.” “It was not an easy decision, but when you have a program that is causing pain, you just stop it before it gets worse,” Gary Bomzer, president and CEO of the Michael-Ann Russell Jewish Community Center of North Miami-Dade, said Thursday. The playwright, Julia Pascal, said in an e-mail that “the intent of the play was to show the complexity of Israeli life.” She said she was “amazed” at the early closure, which she called “censorship.” Patrons were angry over the one sided message of the play.

Brett Loewenstern, a ginger Jew from Florida, who became a star on the American Idol reality show, has made aliyah to Israel and expects to enter the IDF. A past student at Boston’s Berklee College of Music, majoring in performance and song-writing. he partnered with Israeli composer Matti Kovler on several projects and fell in love with the State of Israel and its peiople after a Birthright Israel trip. He is currently residing in Tel Aviv, studying with Aish, volunteering with the Jerusalem Open Center, seeking part time employment and awaiting IDF basic training.

Le Monde reports that Beate Klarfeld, famed Nazi hunter, has been granted Israeli citizenship even though she is not a member of the Jewish faith, as is her husband, Serge, and son. “It is an honor for me to confer upon you Israeli citizenship,” Israel’s Minister of the Interior Aryeh Deri said at the Jerusalem ceremony “You are a hero who has dedicated her life to the Jewish people.”

Brett and Beate – in Israel – will never have to worry about a scheduled election on Shabbat. The Sabbath observant Jewish Democrats in Nevada do. The Nevada caucus for them is scheduled for Saturday, February 20, 2016, at 11 AM. Many will be in their synagogues or minyans. Rabbi Bradley Tecktiel, who is chairman of the community relations council of the Jewish Federation of Las Vegas and the leader of the Midbar Kodesh Temple in Henderson, Nevada, said that he was very disappointed, and that the local Democratic Party’s reaction to his request for some accommodation was insensitive. Trust me, if Sammy Davis Jr were still alive, or Bugsy… this would not be happening.

On the topic of legal elections and accommodations, the Jewish presses were quick to publish parochial views on SCOTUS Justice Scalia and the Jews. Yes, he had a Harvard Hillel baseball cap in Hebrew that he gave to Justice Kagan. Yes, he ate at a kosher deli with a classmate and had many Jewish friends and clerks. He loved opera with Justice RBG. And he discussed Talmud and saw himself as a Jewish justice when there was none on the bench. Nice, sweet, cute eulogies. Funny, though, most of these pieces forgot to mention his decisions that injured many members of the Jewish and non-Jewish communities.