Once every 19 years – or so I heard –
a Jewish Film Fest naturally occurs in Manhattan.
It is a Naturally Occurring JFF, not to be confused
with an Aging In Place NORC Retirement Community.

Let’s take a look at what is playing this week

The REEL ABILITIES FILM FEST is at Manhattan’s JCC. Each year, the ReelAbilities Film Festival brings together the community to promote awareness and appreciation of the lives, stories and artistic expressions of people with different abilities. Among it dozens of films are:

A BLIND HERO: The Love of Otto Weidt. Directed by Kai Christensen (Germany, 2014) about the life of Otto Weidt, who saved dozens of Jews from the Nazi death camps. The owner of a Berlin brush and broom factory, Otto Weidt used his skills to outwit the Nazis and protect his staff, most of whom were Jewish and blind. When his secretary was deported to Auschwitz, Weidt, nearly blind himself, embarked on a journey to free her.

GABE. Directed by Luke Terrell is a doc about Gabe Weil – a 27-year-old who was born with the most severe form of muscular dystrophy. For his entire life, Gabe had been told he would be lucky to live past 25. But recently, he learned he was misdiagnosed, and might live well into his 50s. Although this news was overwhelmingly positive, it presented a surprising obstacle: Gabe did not have any long-term goals. He was forced to rethink his life from scratch. This radical shift in consciousness propelled him to set new goals, continue facing reality, and manifest more dreams.

Featuring films and the Pomegranate Awards. Films include:

ORO MACHT FREI. A documentary directed by Jeffrey Bonna (USA, 2014) In Italian with English subtitles. In 1943, the Nazi-allied Italian Social Republic issued an order of arrest for all Jews, who had already suffered under Mussolini’s Racial Laws, in its territory. This riveting documentary explores the aftermath through the testimonies of nine Roman Jews, archival footage, family photos, and the perspectives of renowned historians.

SHATTERED RHYMES. A documentary directed by Sami Shalom-Chetrit (USA 2014) In Hebrew with English subtitles. A cinematic portrait of Algerian-born Moroccan-Israeli poet Erez Bitton, recipient of last year’s Pomegranate Award for Lifetime Achievement and the first Sephardi to win the Israel Prize in Literature. The film explores the social, cultural, and political experience of Moroccan and other immigrants to Israel through Bitton’s poetry and life milestones, especially his tragic loss of eyesight at age 11.

ON THE BANKS OF THE TIGRIS. A documentary by Marsha Emerman (Australia, 2015). In Arabic with English subtitles. When Majid Shokor escaped from Iraq he discovered that the songs he loved as a child in Baghdad have a hidden history. To find out more, Majid makes a bold journey from his home in Australia to Israel, countries in Europe, and Iraq to meet Iraqi musicians, hear their music and stories, and unite them in a concert celebrating coexistence.

MIDNIGHT ORCHESTRA. Directed by Jérôme Cohen Olivar (Morocco, 2015) Arabic with English subtitles. Starring Gad Elmaleh, Hassan El Fad, and Jade Chkif, this cross-generational, interfaith comedy, follows the son of a once famous Jewish musician as he returns home to Morocco for the burial of his father. Aided by an eccentric cab driver, his search for the former members of his father’s band unexpectedly transforms his life forever.

HOW TO WIN ENEMIES. Directed by Gabriel Lichtmann (Argentina, 2015) In Spanish with English subtitles. Lucas is a young and handsome lawyer with a penchant for detective stories. Barbara is a lustful and smart lawyer who also loves literature. After a night together, Lucas awakes to find Barbara has gone, along with his savings. Determined to solve this mystery, Lucas finds himself in a captivating, twisted, romantic comedy plot.

FOR SABBATH. A short doc by Oron Cohen (Israel, 2015) In Hebrew with English subtitles. Filmmaker Oron Cohen deftly films his Iraqi grandmother, Malka, while she teaches him how to make the traditional dish shes been perfecting since’50, kubba. A scented tribute to the women we all hold dear to our hearts our talented grandmothers. 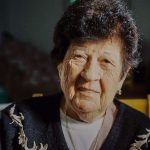 ENSEMBLE. Directed by Mohammad Fekrane (France, 2009) A short. In French with English subtitles. In 1942, Ahmad, an Imam from Paris, makes a life-changing decision to help save as many children as possible after Isaac, a young Jewish boy escaping a Nazi concentration camp, finds refuge in his mosque. Inspired by a true story.

SON OF SAUL, the 2016 Academy Award winning film directed by László Nemes and written by Written by: László with Clara Royer. Set in October 1944 at Auschwitz-Birkenau, the camera pretty much stays on the face of Saul Ausländer, a Hungarian member of the Sonderkommando, the group of Jewish prisoners isolated from the camp and forced to assist the Nazis in the machinery of large-scale extermination. While working in one of the crematoriums, Saul discovers the body of a boy he takes for his son. As the Sonderkommando plans a rebellion, Saul decides to carry out an impossible task: save the child’s body from the flames, find a rabbi to recite the mourner’s Kaddish and offer the boy a proper burial.

COLLIDING DREAMS, a documentary by Joseph Dorman and Oren Rudavsky. The film recounts the dramatic history of one of the most controversial, and urgently relevant political ideologies of the modern era. The century-old conflict in the Middle East continues to play a central role in world politics. And yet, amidst this fierce, often-lethal controversy, the Zionist idea of a homeland for Jews in the land of ancient Israel remains little understood and its meanings often distorted. COLLIDING DREAMS addresses that void with a gripping exploration of Zionism’s meaning, history and future.

REMEMBER. Directed by Atom Egoyan and written by Benjamin August. It stars Christopher Plummer, Martin Landau, Bruno Ganz, Jürgen Prochnow, Heinz Lieven, Henry Czerny, and Dean Norris. REMEMBER tells the story of Zev Guttman (Christopher Plummer), a 90-year-old struggling with memory loss who is living out his final years in a serene retirement home. A week following the death of his beloved wife Ruth, he suddenly gets a mysterious package from his close friend Max (Martin Landau), containing a stack of money and a letter detailing a shocking plan. Both Zev and Max were prisoners in Auschwitz, and the same sadistic guard was responsible for the death of both their families-a guard who, immediately after the war, escaped Germany and has been living in the U.S. ever since under an assumed identity. Max is wheelchair-bound but in full command of his mental faculties; with his guidance, Zev will embark on a cross-continental road-trip to bring justice once and for all to the man who destroyed both their lives. But is it him. Or is this a dementia fueled plan. Atom Egoyan creates a thrillingly fast-paced revenge story that, in a highly original and deeply intimate way, deals with the aftermath of one of the most deplorable and significant events in recent history. With an incredible lead performance from Christopher Plummer as the frail but unstoppable Zev, Remember manages to keep audiences on the edge of their seats while giving them something to think about long after the film is over.

CITY OF GOLD. A documentary by Laura Gabbert. In this richly penetrating documentary odyssey, Pulitzer Prize-winning food critic Jonathan Gold shows us a Los Angeles where ethnic cooking is a kaleidoscopic portal to the mysteries of an unwieldy city and the soul of America. Combing through colorful neighborhoods in his green pickup truck, Gold is sniffing out his next strip-mall discovery-whether Oaxacan grasshopper soup, hand-cut tonkotsu ramen, or a particularly unctuous pad see ew. As piping-hot platters are served up, so are stories of immigrants whose secret family recipes are like sacred offerings pledged for the opportunity to build their American Dream. With eternal curiosity, razor-sharp intellect, and existential longing, Gold is a culinary geographer taking us where no critic has gone before.

DEMON. Directed Marcin Wrona (2015 Poland/Israel English, Polish, and Yiddish with English subtitles 94 minutes). A scarry dybbuk story. Newly arrived from England to marry his fiancée Zaneta, Peter has been given a gift of her family’s ramshackle country house in rural Poland. It’s a total fixer-upper, and while inspecting the premises on the eve of the wedding, he falls into a pile of human remains. The ceremony proceeds, but strange things begin to happen… During the wild reception, Peter begins to come undone, and a dybbuk, that iconic ancient figure from Jewish folklore, takes a toehold in this present-day celebration—for a very particular reason, as it turns out. The final work by Marcin Wrona, who died just as Demon was set to premiere in Poland, is an eerie, richly atmospheric film—part absurdist comedy, part love story—that scares, amuses, and charms in equal measure.

MOUNTAIN (Ha’har). Directed By Yaelle Kayam. (2015 Denmark/Israel Hebrew with English subtitles 83 minutes). Atop Jerusalem’s Mount of Olives, Zvia, a Jewish Orthodox woman, lives surrounded by an ancient cemetery with her four children and husband, a Yeshiva teacher who pays scant attention to her. Yaelle Kayam’s feature debut moves beyond the symbolic landscape of a woman’s isolation to offer a subtle and finely paced entryway into the character’s surprising inner life. On a nighttime walk through the tombstones, Zvia encounters a group of prostitutes and their handlers and gradually becomes an unlikely bystander to their after-hours activities, trading home-cooked meals for companionship—an usual sort, perhaps, but one that upends her existence as a mother and wife. Shani Klein’s arresting lead performance challenges clichés of female subjectivity in the filmmaker’s own society, culminating in Zvia’s dramatic attempt to bring change to her life; throughout, keenly observed frames, by turn luminous and moody, asserts the heroine’s volition with intention and finesse.

TIKKUN. Directed By Avishai Sivan (2015 Israel Hebrew and Yiddish with English subtitles 120 minutes) In Avishai Sivan’s intense and provocative TIKKUN, a prizewinner at the Jerusalem and Locarno Film Festivals, an ultra-Orthodox Yeshiva student experiences a crisis of faith—and visions of earthly delights—when his father brings him back from the brink of death. Was the young man’s improbable survival a violation of God’s will, or was it “tikkun,” a way toward enlightenment and redemption? Sivan imbues the narrative with an indeterminate, hypnotic blend of black comedy and alienated modernism, effecting a singularly uncanny atmosphere. Nonprofessional actor Aharon Traitel, himself a former Hasidic Jew, gives a nuanced, knowing performance as the anguished prodigy, and the black-and-white chiaroscuro photography casts the devoutly private, regimented Hasidic community of old Jerusalem’s Mea Shearim in a morally shaded light.

WEINER. Directed By Josh Kriegman and Elyse Steinberg. A darling at Sundance 2016. (2016 USA) (already sold out) Truly compelling vérité filmmaking requires several key factors to coalesce: intimate access, cinematographic acumen, genuine inquisitiveness, and fascinating subjects. Directors Josh Kriegman and Elyse Steinberg brilliantly meld these elements to create one of the most engaging and entertaining works of nonfiction film in recent years. A truly 21st-century hybrid of classic documentary techniques and reality-based dramatic storytelling, Weiner follows the mayoral election bid of former New York Congressman Anthony Weiner in 2013, an attempted comeback that, as we all know now, was doomed to failure. By turns Shakespearean in its tragedy (it’s clear that Weiner and his inner circle have real political talent) and Christopher Guest-ian in its comedic portrayal of what devolves into a Waiting for Guffman–esque campaign, this is the perfect political film for our time.