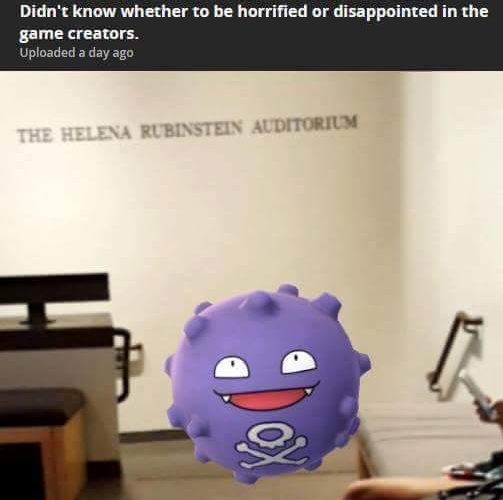 As the world downloads and plays Pokémon Go, the U.S. Holocaust Memorial Museum has asked the maker of the online game to Pokémon STOP, and not inundate the memorial and educational center with game players.

One of the goals of players is to hunt down… Pokémon characters.. and collect them. The games slogan is “catch ’em all.”

Exacerbating the issue is that the Holocaust Museum has been designated as a “PokéStop” – a location in which a player is rewarded with free game items. Users can collect three PokéStops at the USHMM.

One of the Pokémon purple characters – Koffing – emits poisonous gas. Coincidentally, it can be found near the auditorium that screen stories of people who survived Nazi gas chambers.

Andrew Hollinger, the museum’s communications director, said, “Playing the game is not appropriate in the museum, which is a memorial to the victims of Nazism. We are trying to find out if we can get the museum excluded from the game.”