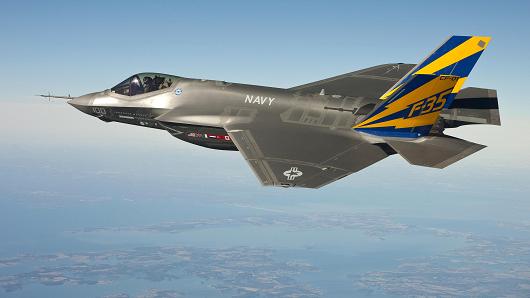 Media sites and the ADL freaked on Thursday when they thought that Donald Trump Jr. was invoking Holocaust imagery when he complained that Hillary Clinton was a media darling and that if Republicans “lied the way Democrats do,” the press would be “warming up the gas chamber right now.” According to Trump, he regularly uses the phrase “electric chair,” and was talking about American prisons and the death penalty and not Nazi death camps. The ADL was quick to tweet against his comments. But were they too fast on the trigger? Or was Trump, Jr., who last week made use of the right wing symbol of “Pepe the Frog” actually invoking Holocaust imagery in a nod to his father’s white power supporters? A spokesmodel for the Trump campaign, Jason Miller, said that Mr. Trump’s words were being twisted for political purposes. “Don Jr. was clearly referring to capital punishment to make the case that the media continues to take words out of context in order to serve as the propaganda arm of the Hillary Clinton campaign,” Mr. Miller said. Jason is a Trump Campaign communications advisors. He was formerly a senior communications adviser for Senator Ted Cruz (R-TX). Miller, a Seattle native, is a partner and vice president for Jamestown Associates, a Washington, D.C.-area campaign consulting firm. He has a long history of helping guide GOP campaigns, including Rudy Giuliani in his 2008 presidential bid, Kentucky Governor Matt Bevin, and South Carolina Representative Mark Sanford.

The United States’ Obama Administration and Israel have signed a $38 billion ten year deal (or memorandum of understanding) for military aid. (Think of it as #3.8 Billion a year.) It is the largest in U.S. history, with a significant portion of the money expected to be used to upgrade Israel’s air force to Lockheed Martin’s F-35 fighter aircraft. It is a sign of what some Jewish members of the GOP see as Obama’s disregard for Israel (really?) Although the deal is the largest, it is not a NSA hookup. There is a string attached. In the past, Israel could spend the a quarter of the cash on Israeli manufactured weapons. In the new deal, the majority of the funds must be spent on products from American companies (but note, Elbit is actually an American company, since it is owned by a firm in Fort Worth, Texas). Also, missile defense funds are bundled in and not separate; and none of the $38 Billion can be used for fuel, as Israel could in the past. Additionally, supposedly, Israel can’t lobby the U.S. Congress for more moolah unless a war breaks out. How a war is defined… I am not sure. Bottom line? Break open the piggy bank and buy an Israel defense firm and base it in the USA)

The Jewish Exponent, The Forward, and other media sites are writing about Rabbi Neil Blumofe, senior rabbi of Congregation Agudas Achim in Austin, Texas He planned an interfaith trip to Israel for his community – as a pro-Israel narrative trip for those who question and want to be challenged – but a draft itinerary included a visit to Yasir Arafat’s grave in Ramallah. He planned to have a discussion there about how different groups perceive people and how one group’s hero is another’s villain. He was lynched online, especially by those in his community who think they know better than the professionals.

On the topic of professionals, The Washington Post gave a full page to a profile of The Washington Post reported on Shanthi an elephant at the National Zoo in Washington DC, who is suffering from arthritis. I read that TEVA made a pair of sandal booties for the elephant to aid in its healing. Mea culpa. I thought TEVA was an Israeli company. It isn’t. TEVA NAOT is an Israeli sandal maker. This TEVA is an American company with a similar name that was born in the Grand Canyon in 1984.

Speaking of Elephants in a Room… Berkeley has suspended a controversial course planned for this Fall. The course, titled Palestine: A Settler Colonial Analysis, was to be taught by an undergraduate and would follow the idea that outside settlers arrived in 1880 and took over indigenous lands. Critics said it was more about espousing a single political viewpoint and appeared to offer a forum for political organizing. Essentially it was a course to promote anti-Israel views.

Speaking of California, David Hazony’s The Tower reports that Campus Safe Spaces exclude Jews. It reports on Arielle Mokhtarzadeh and Ben Rosenberg – two UCLA students – who attended Berkeley’s annual Students of Color Conference (SOCC) and found that the session they attended attacked Israel and then Jews.

It is enough to drive you to drink. 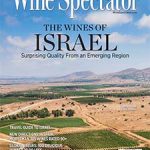 If you choose to drink, check out the current issue of Wine Spectator. It’s cover story is on the Wines of Israel It also rates the top Israeli vintages HERE A video can be seen HERE