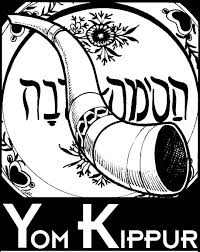 A lot of people are probably wondering if I am kidding when I say Happy Yom Kipur. I am definitely not.

The Talmud cites Yom Kipur as one of the two happiest days of the year, the other being the fifteenth day of the Hebrew month of Av. (I won’t discuss the other holiday here.) Unfortunately, because it is a fast day many people also associate it with sorrow. This could not be farther from the truth.

Yes it is a solemn day, the Day of Atonement on which we ask forgiveness for our sins. But it is also a joyous and highly spiritual day which should not be associated with the other five fast days of the year. Yom Kipur was even once a day for the arrangement of marriages: single people of opposite sexes were allowed and even expected to mingle together. This was because of the deep piety of the day and the sense of connection to Hashem that Jews have at this time of year.

When someone truly feels that connection and believes that he has been sincere in his contrition then he does not mind fasting. This is not to diminish the fact that fasting is difficult. If you are like me then it is the thirst late in the day and not the hunger which is the hardest. A part of this is psychological, though. I usually spend the last hour of the fast regretting not having drunk more the day before, but as soon as the shofar blasts declaring the end of the fast I get a rush and feel like I can go for another few hours. Of course this happens once my brain knows that I can now break the fast.

So why is it that so many people today have negative feelings about Yom Kipur?

At the risk of sounding condescending I must say that it is the result of a great deal of ignorance about the holiday. I can site two examples from movies and television. I know that the following are just movies and TV shows, but the Jews who wrote the stories based them on their real life experiences and actual misconceptions which many Jews in the world share with them.

The first example is from one of Woody Allen’s best films, 1987’s Radio Days. The film is told from the perspective of an eight year old boy in the middle of World War II in New York. Woody Allen narrates the story with a sense of nostalgia and the boy is played by Seth Green (Family Guy). While his name is different, Joe is clearly meant to be Woody Allen as a child and the scene depicting Yom Kipur is shown from the boy’s perspective.

In this scene we see how the boy’s family observes the fast. They sit in their home all day long and count the minutes until the fast ends. They do not go to synagogue. At one point the father played by Michael Tucker (LA Law) says, “We do nothing. We just sit here and do nothing all day.”

However regrettable this may be, I have no doubt that this scene accurately depicts the way in which countless American Jews experienced Yom Kipur in their youths. No wonder so many secular American Jews like Woody Allen and Jon Stewart have become so cynical and jaded about Judaism as adults.

Another example comes from a 2005 episode of the television show Curb Your Enthusiasm. The Star, creator and producer of the show, Larry David, is another secular American Jew. In it Larry David plays himself.

Yom Kipur is approaching and Larry David hears from his friend and manager played by Jeff Garlin that he should have ordered tickets to services ahead of time. Apparently the synagogue which Garlin attends in Los Angeles is exclusive and they run out of seats for the holidays early due to the high demand. Larry David seems to be concerned only with appearances – his character is a shallow superficial person – and so he wants to attend services at this synagogue. But he is too embarrassed to admit that he never ordered tickets so he arranges to buy them from a scalper.

I guess the idea of someone scalping tickets for Yom Kipur services sounded like a laugh riot in the writers’ room. The problem is that it is yet another example of a lack of understanding of the customs associated with Yom Kipur and the sanctity of the day itself. It makes synagogue services on Yom Kipur seem like a Broadway show. Non Jews who saw this episode must have thought it strange that Jews make people buy tickets in advance in order to worship on their holiest day of the year.

The practice of charging for seats in synagogues on the holidays began in the early Twentieth Century. It was a way for communities to raise money at a time when there were no formal membership dues. Jews had ceased to live in small enclosed communities where the people gave what they could to support the synagogue. In big cities such as New York, many Jews had ceased to attend services regularly and only went to shul on the holidays. This led to limited space for worshipers on the holidays so people needed to reserve seats and pay for them ahead of time.

Today most synagogues have formal memberships with annual dues. The members get seats on the holidays as part of their dues. Those people who are not members can pay for seats without taking out a full membership. Many synagogues here in Israel ask people to pay in advance to reserve a seat while telling people that if they cannot pay they are still welcome to come, but are not guaranteed a place.

When I was a child, I remember seeing my father pick up our tickets when we arrived in synagogue on Rosh Hashana. I did not understand why we needed tickets. There were ushers who checked people’s tickets at the door. The issue then, and now, is that while on Shabbat seats are not reserved, on the holidays they are assigned. The tickets were not meant to keep people out so much as to make sure that every member got his assigned seat.

I appreciate the fact that most Jews today do not know or understand the reasons and the origins of Jewish traditions and Jewish law. I appreciate this fact, but I also lament it. The depictions of Yom Kipur in the world of entertainment may be based on the actual recollections of the Jews who write the scripts. Regrettably, they provide a negative and misleading representation to Jews and non Jews alike.

No one should view the fast of Yom Kipur as a chore or as something that someone does out of a sense of responsibility. The practical purpose of the fast is to concentrate on repentance. There is a deeper mystical reason given as well. On Yom Kipur the barrier between our world and the world to come is broken and we spend the day amongst the angels. Since we are on the higher plane of the world to come we raise ourselves to a higher state of spirituality. On that plane we do not eat or drink just as the angels do not.

Whichever reason you hold by Yom Kipur should be the most spiritually uplifting day of the year. The fast should not be dreaded but celebrated. The day should be a happy one for all who fast.

That being said, happy Yom Kipur everyone!