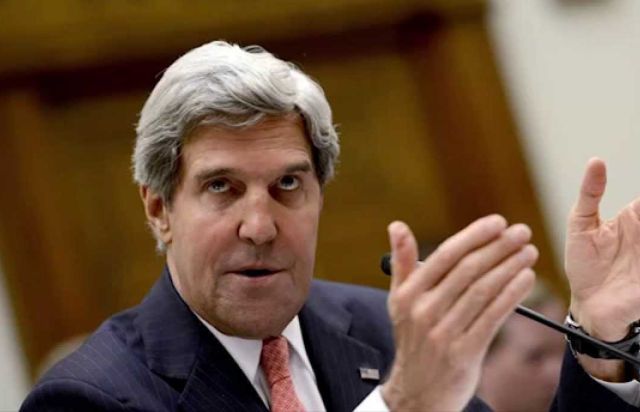 Outgoing U.S. Secretary of State John Kerry has warned incoming U.S. President Donald Trump against moving the American embassy in Israel from Tel Aviv to Jerusalem. He says that such a move would be destabilizing to the region.

It is not clear yet if Trump will actually do this. Contrary to rumors, he never promised to do so. In any case, as of January 20th it will be President Trump’s decision to make.

But Kerry told CBS News that such a move would amount to “an explosion, an absolute explosion in the region, not just in the West Bank, and perhaps even in Israel itself, but throughout the region.”

Would this be as explosive and destabilizing as stating publicly that Jerusalem should somehow be the capital for both Israel and Palestine while remaining undivided, thereby being the first person in such a senior position in the U.S government ever to do so after going off topic in a hostile rant against Israel two weeks ago?

Oh yah and even this would constitute a violation of international law and UN resolutions since the U.N. has only ever recognized Jerusalem as an international city under no one nation’s sovereignty and as no one’s capital. 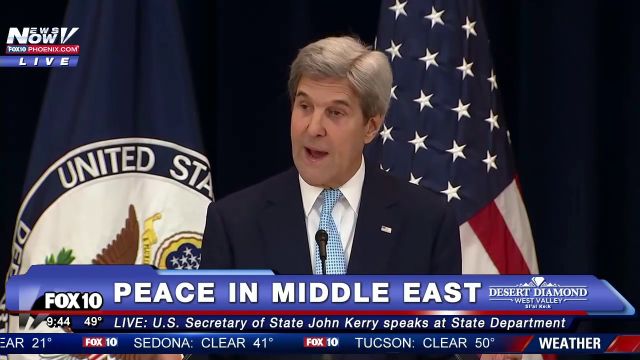 Would this be as destabilizing as letting a UN resolution which officially declared Israeli construction of any kind – even in the Western Wall Plaza – on the other side of the old arbitrary pre-1967 border with Jordan which was just a cease fire line imposed where the Israeli and Jordanian forces happened to be sitting at a particular moment in time and never formally sanctioned by any treaty?

Fair is fair. The people who criticized Donald Trump for actively interfering in American diplomacy before he is actually sworn in as President were right to do so. The people now criticizing Kerry for making such bold and hostile comments about Israel when he has less than two weeks left in office are right to do so too.

Susan Rice, however, was forced to settle for being the National Security Advisor, a job which requires no Senate approval, after Republican Senators said that they would block her confirmation should she have been nominated. They did so because of the false allegations made against her regarding the attack on the U.S. consulate in Benghazi, Libya, at the end of 2012.

So the Republicans who were then in the minority in the U.S. Senate blocked the newly re-elected President Obama – who won a majority in both the Electoral College as well as the popular vote and whose Electoral College win was much bigger than Donald Trump’s which for some reason Trump thinks was one of the biggest in history when it was less than both of President Obama’s victories – from choosing a person he most wanted to serve in a senior cabinet post. They did this by threatening all sorts of action that for some reason the U.S. Senate – the most un-democratic elected body in the entire democratic world – allows the minority party to do.

But now that Democratic Senators who are in the minority are threatening to do the same thing to some of Mr. Trump’s nominees over ethics concerns, this is for some reason an unacceptable cry baby, sore loser, temper tantrum on the part of people who just cannot accept that they lost the election. What? 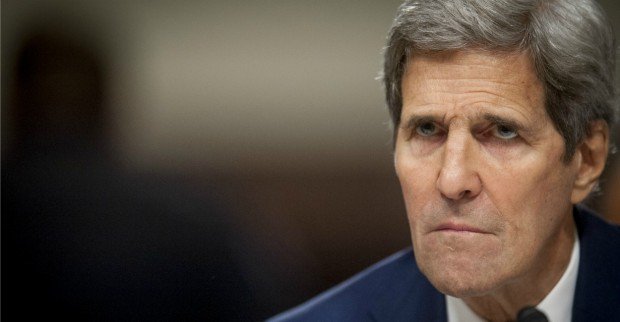 And how exactly did Mr. Kerry end up being President Obama’s second choice to be his second Secretary of State anyway? Funny you should ask. Republican Senators like John McCain – yes that John McCain, the one who lost to Obama in 2008 and who opposed Susan Rice’s possible nomination so vehemently – let Obama know that they would love to see their fellow Senator, the one Republicans had vilified as weak when he ran for President himself in 2004 and lost to President Bush II, get the job.

Yes, so it was John McCain, the man who has been such a vocal supporter of Israel and a critic of the whole Obama Administration’s foreign policy vis-a-vi the Middle East and Israel, and other Republicans with the same positions, who helped make John Kerry America’s Secretary of State.

Confused yet? You should be. I sure am.

Why exactly did these people want this man to have the job in the first place? No that was not a rhetorical question I would really like for someone to explain that one to me.

President Obama did not really get involved in the whole conflict in his first term of office. Both he and his first Secretary of State Hillary Clinton were too smart for that. And reports were that when Kerry started to make a personal push for new negotiations between Israel and the Palestinians, President Obama did not ask him to do so and basically told Kerry, more or less, “well good luck with that.”

Then Kerry pushed Israel to keep on releasing more and more terrorist prisoners just to get the Palestinians to agree to come to the table. And Israel’s hawkish, right wing, peace hating, war loving, cigar smoking Prime Minister Benjamin Netanyahu agreed to do so, again and again, even angering people to his party’s left in Israeli society. Then the leaders of the Palestinian Authority reneged on their promises and never agreed to hold talks with Israel.

But of course Mr. Kerry is right when he blames Benjamin Netanyahu for all of the problems and the lack of a final settlement having been negotiated yet because Netanyahu is not serious when he says that he accepts the two state solution.

It is all the fault of Netanyahu and the Israeli public which has continued to elect him over the past 10 years and the new settlement building including every time someone in Jerusalem paints the inside of his apartment thereby creating facts on the ground.

How else do we explain the failure to achieve peace after Arafat finally lost Bill Clinton when he refused the offer that Ehud Barak made at Camp David in 2000, and the Israeli public lost faith in the whole Oslo process after the Palestinians went on a suicide bombing rampage after not getting all of their demands met? 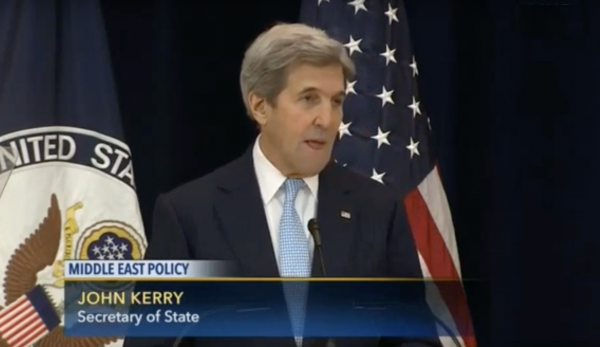 It could not possibly be that John Kerry has been a clueless and weak Secretary of State who has been in over his head since the beginning, has no real accomplishments to show for his four years in office and should never have been appointed in the first place, could it?

Now that Kerry is about to be out of politics for the first time in more than 30 years and have no power or influence whatsoever, he is so concerned about his legacy. Well does anyone remember Warren Christopher for anything other than the fact that he looked like a Vulcan? Does anybody remember Ronald Reagan’s second Secretary of State who served for more than six years? It was George Schultz by the way.

Will anyone remember John Kerry for anything other than losing the Presidential election in 2004 when it seemed that the Democrats had a golden opportunity to unseat then President George W. Bush?