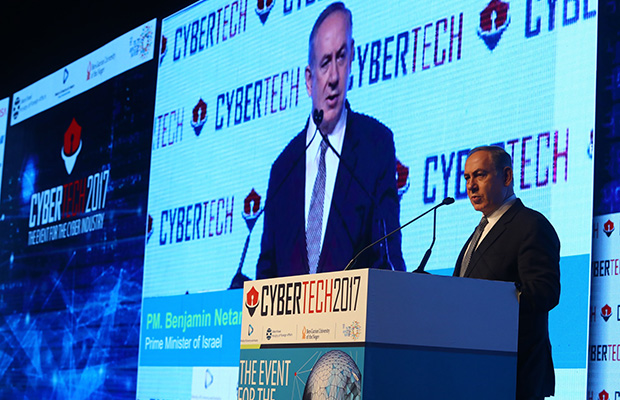 Recently Israeli Prime Minister Benjamin Netanyahu released the following Tweet lending support to US President Donald Trump’s plan to build a wall across the US/Mexican border and to make Mexico pay for it:

This created a bit of a Diplomatic rift with Mexico. The Mexican Secretariat of Foreign Affairs expressed its “profound surprise, rejection and disappointment” to the Israeli ambassador in Mexico City shortly after the tweet. Mexican President Enrique Peña Nieto sounded incredulous in a statement which read “Mexico has always sought a very close relationship with Israel and has welcomed with open arms the Jewish community, which day-to-day makes a valuable and important contribution to the country’s development.” Israeli President Reuven Rivlin felt the need to apologize to Mexico for the misunderstanding: “We have no intention to compare Israel’s security situation and the needs that emanate from it, and the situation faced by countries that are friends of Israel.”

Of course somebody was misunderstood! Netanyahu’s Gaza Wall wasn’t really meant to stop illegal immigration, but rather the infiltration of terrorists into Israel, intent on killing Israeli civilians and kidnapping Israeli soldiers. The situation that exists with the US-Mexican border and the Gaza-Israel aren’t remotely analogous. But apparently sycophancy is the order of the day when it comes to Israeli politicians of a certain ideological bent and the Trump administration.

Netanyahu was at the 4th International Cybertech conference on Tuesday where he addressed a large crowd of conference attendees. He spoke proudly of Israel’s contribution to global Cyber security: “It is no coincidence that you are here in Israel. This conference has more than 10,000 visitors from five continents. The physical size of Israel has not restricted Israel’s power in cyber technology. Israel draws about one fifth of the global investment in cyber technology. This is a coefficient of 200 relative to the size of the population.”

He also signaled to prospective investors. “Do not add regulation in the field of cyber,” Netanyahu said. “The temptation of more regulation is substantial, but once you impose regulation, you will hinder the development of the cyber technology industry. Help where you can to encourage development. We are currently offering tax benefits to entrepreneurs. We also have support programs for companies that will come to Israel to establish development centers here. Additionally, we are developing the human capital of Israel through training programs in the military and in academia. I encourage everyone present to invest in Israel.”

Netanyahu addressed the cyber terrorism threat calling for international cooperation: “Terrorist organizations use the same tools we use – against us,” said Netanyahu. “In recent years, Iran has been developing a terrorist infrastructure in the Middle East. The Internet of Things can be used by these terrorist organizations for dangerous purposes. Unless we work together and cooperate, the future can be very menacing. In this context, Israel, the USA and other countries should cooperate at the government level as well as among the industries.”

Well, Israel had excellent relations with Mexico until that tweet happened. Obviously, Mexico’s relationship with Israel pales in comparison to its relationship with the US, both strategically and economically. But why make an ill conceived comparison between their wall and our wall? Our wall in the south isn’t even a wall! It’s a fence! In a world where Israel’s international stature seems to erode on a daily basis, we can ill afford to alienate any country without a good reason. If the purpose of the tweet was to rush to lend support to a President who seems friendly to Israel but is suffering from record-low approval ratings and whose Presidency has inspired two nation-wide protests in only his first week of office, well… you have to ask yourself, is it wise to put all our eggs in Trump’s golden basket? Is it wise to wade into complex international matters that have nothing to do with us? Shouldn’t we stay out of US domestic politics?

In any event, the Cybertech 2017 Conference, held for the fourth year in Israel at Pavilion 2 of the Israel Trade Fairs & Convention Center on January 30th – February 1st is the second largest conference and exhibition of cyber technologies in the world. Cybertech, brings together leading investors, entrepreneurs and cyber security companies, and consists of a conference with prominent international speakers in the field of cyber security, as well as an exhibition hosting over 250 companies and 100 startups presenting innovative problem-solving strategies and solutions to challenges relevant for a wide range of sectors. I’m looking forward to a more chilled out second day, stay tuned!