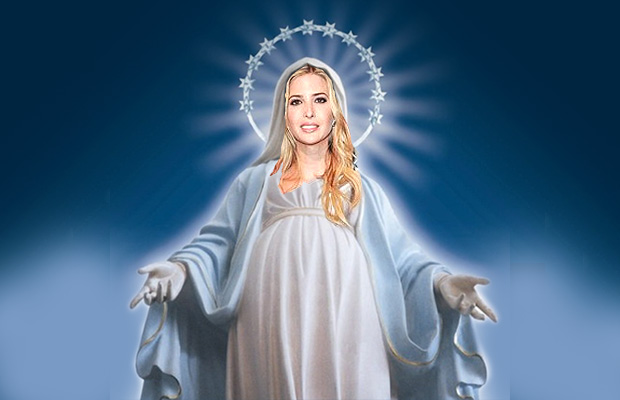 The Far East has always been synonymous with “exotic” – and by “exotic,” at least for the purposes of this post, I mean “weird.” What else can one make of Japanese vending machines that dispense soiled schoolgirl under things? Or Korean Hitler themed bar/restaurants, or a Chinese fetish for Jewish wealth and intelligence? Weird right? But it doesn’t end there. The Chinese are now worshipping Ivanka Trump as a Goddess.

How did US President Donald Trump’s Jewish daughter rise to such heavenly heights? Well, the Chinese, as previously noted, have always had a fascination with Jews. However, they went gaga for Ivanka after the Mar-a-Lago summit between President Donald Trump and China’s President Xi Jinping earlier this month, where

…her 5-year-old daughter Arabella sang a traditional Chinese song to Xi and his wife. Trump posted the performance on her Twitter account and it has been watched by millions across China… Arabella had already become an internet superstar in China after Trump posted online videos of her reciting a classical Chinese poem and singing a song she learned for Chinese New Year. It was seen as a touching gesture at a time when many in China are worried about President Trump’s China-bashing rhetoric. 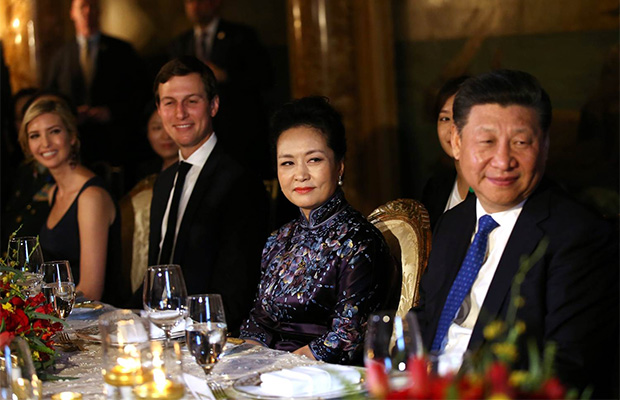 As a result, one can now go to Sina Weibo, China’s version of Facebook (which is banned in China) and join a group called “Goddess Ivanka” which boasts over 12,700 registered followers according to NBC. I assume this love fest will continue unfettered just as long as Ivanka continues to play a positive role in US-Chinese relations and as long as Ivanka’s Chinese fans limit their devotion to the Internet. Should this “Goddess Ivanka” thing morph into an organized religion however, all bets are off – just ask persecuted Chinese members of Falun Gong. In this case however, the ramifications could be far more severe as historically, new religions headed by a Jewish person tend to be quite, you know, disruptive.